CHESTERFIELD COUNTY, Va. -- A lockdown has been lifted at Manchester High School in Chesterfield County after a report that a student may be in possession of a gun at school. The investigation at about 10:15 a.m. after someone inside the school called police to report a rumor that someone in the school had a gun.

"Nobody saw the firearm, they just overheard some students mentioning that a firearm was at the school," Chesterfield Police Chief Col. Jeffrey Katz said. "The school was immediately put on lockdown [and] our officers responded in great numbers."

After a sweep of the school, police say no gun was found and the lockdown was lifted.

"Panic is never our friend in these types of situation," Chief Katz said. "While I was responding, I was responding behind a parent and that parent was driving like crazy. The greatest threat, I think the community had this morning, was not the threat or report of a firearm in the school, but people responding to the school out of love and concern for their children."

Chief Katz said the situation appeared to be a hoax and the investigation into the incident is ongoing.

"It was information that was passed along to a third party and then the person who passed that information on subsequently left the school," the chief said. "They basically dropped some mis-information and then left the premises to create chaos."

No credible threat to ANYONE at Manchester High School. Dozens of officers on scene. I’m here as well. Parents, do not hurt yourself or others racing to a location where there is no credible threat. We will update with any relevant information. Follow only @CCPDVa for VALID info.

"If parents would like to come to the school to pick up their students, you may do so at this time. Please park in an available parking place and come to the front office," Chesterfield Schools tweeted. "School has a table outside of the front office where parents can sign out students. (Parents must have ID to secure student.) We will then get students from the classroom to the auditorium. Once parent and student have met in the auditorium, parents may take students home." 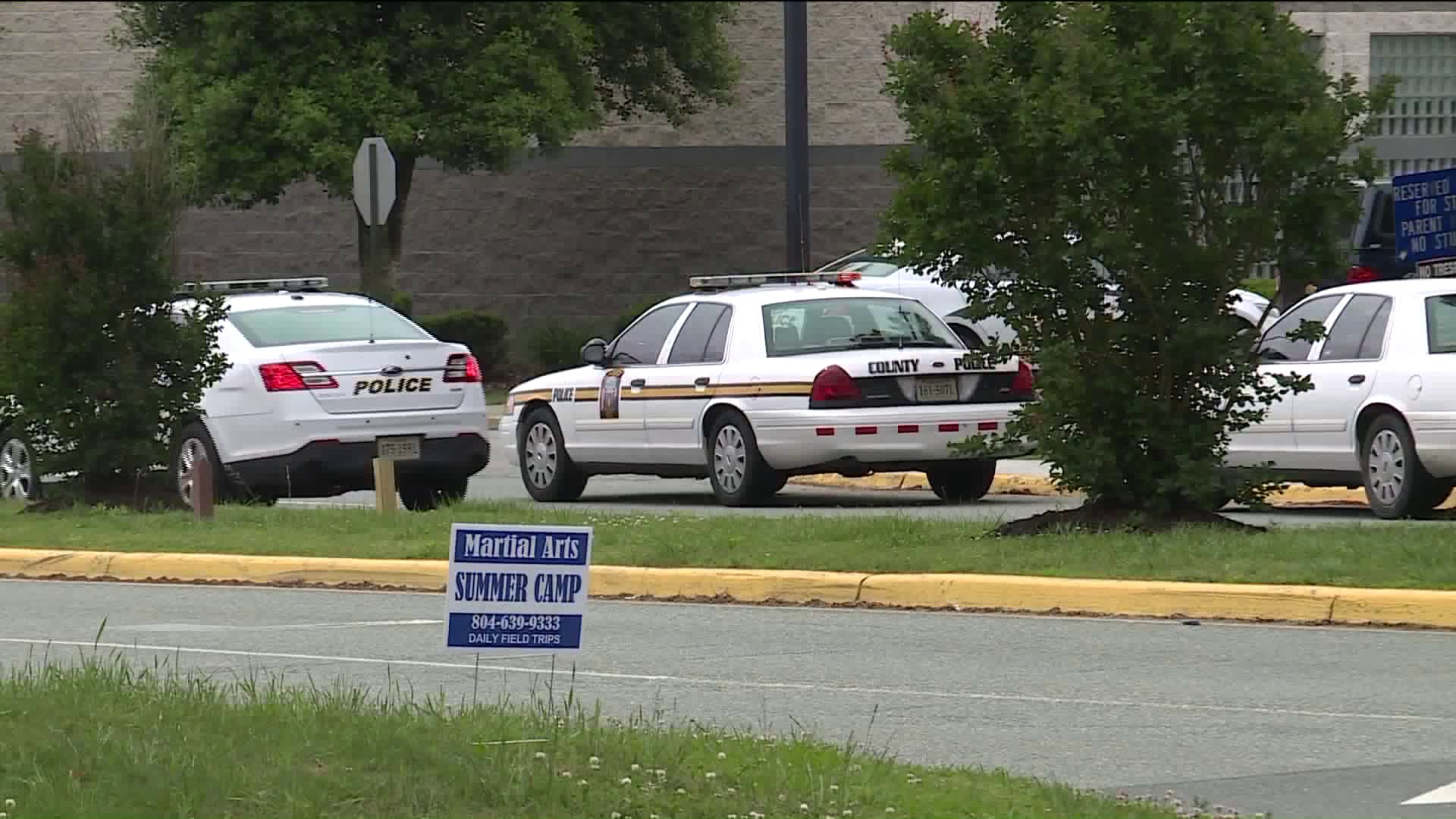