PETERSBURG, Va. – Two people were arrested Monday after cocaine, marijuana, and guns were seized during a raid in Petersburg.

The Petersburg Bureau of Police and the United States Marshal’s Service Task Force executed a narcotics-related search warrant Monday in the 1400 block of Baylors Lane.

At the time, law enforcement officers were looking for a wanted fugitive. 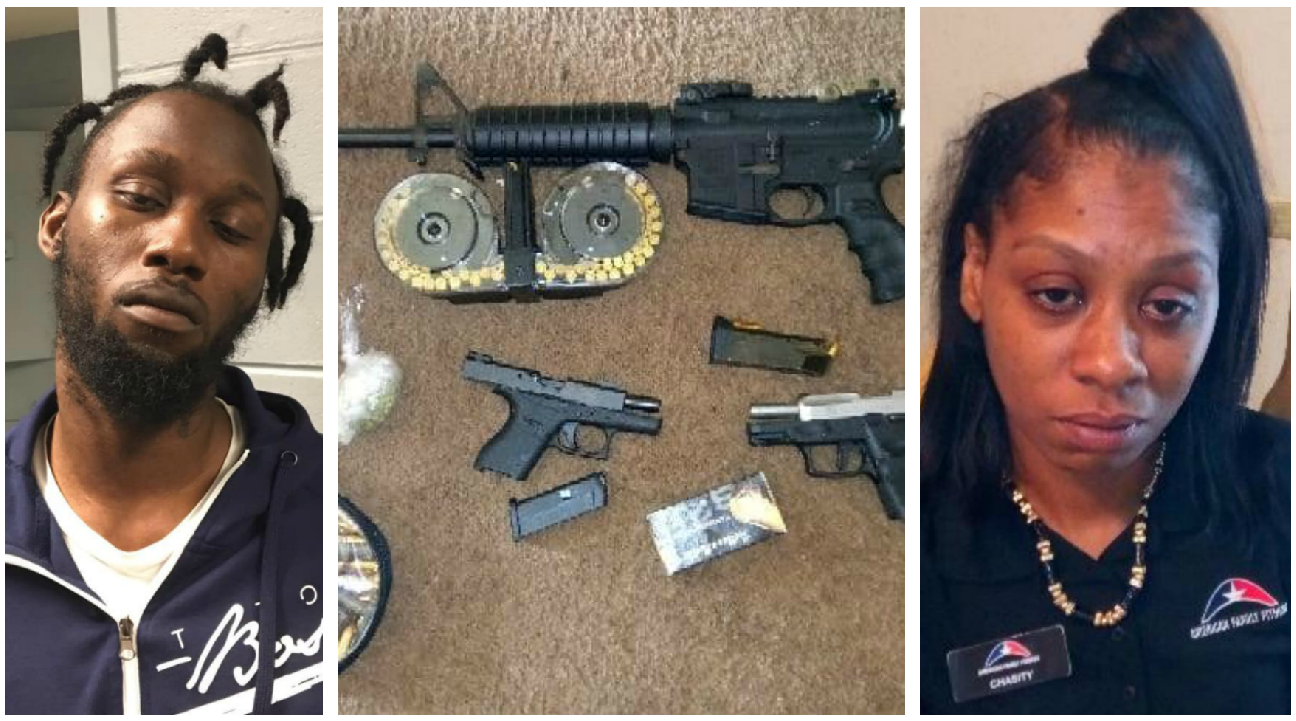 Both Wilkerson and Brown are being held without bond.