RICHMOND, Va. -- The owner of a Richmond rental property surrounded by garbage and tall grass plans to clean-up a "landfill" backyard after the CBS 6 Problem Solvers reached out.

Seth Troy, who lives in Maryland, said he had not been notified by the City of Richmond of any refuse violation connected to his North 26th Street duplex on the Southside.

However, concerned neighbors described the mess as a landfill with heaps of trash filling the backyard off Semmes Avenue.

Danny Johnson, owner of Johnson’s Services Company, was working nearby when he spotted the junk.

“It’s a mess!” said Johnson. "That’s a shame because it’s not that hard to empty your trash.”

“I wouldn’t want to have neighbors like that, but I’ve seen this kind of thing around the city for 20 years, as long as I can remember really,” he added. 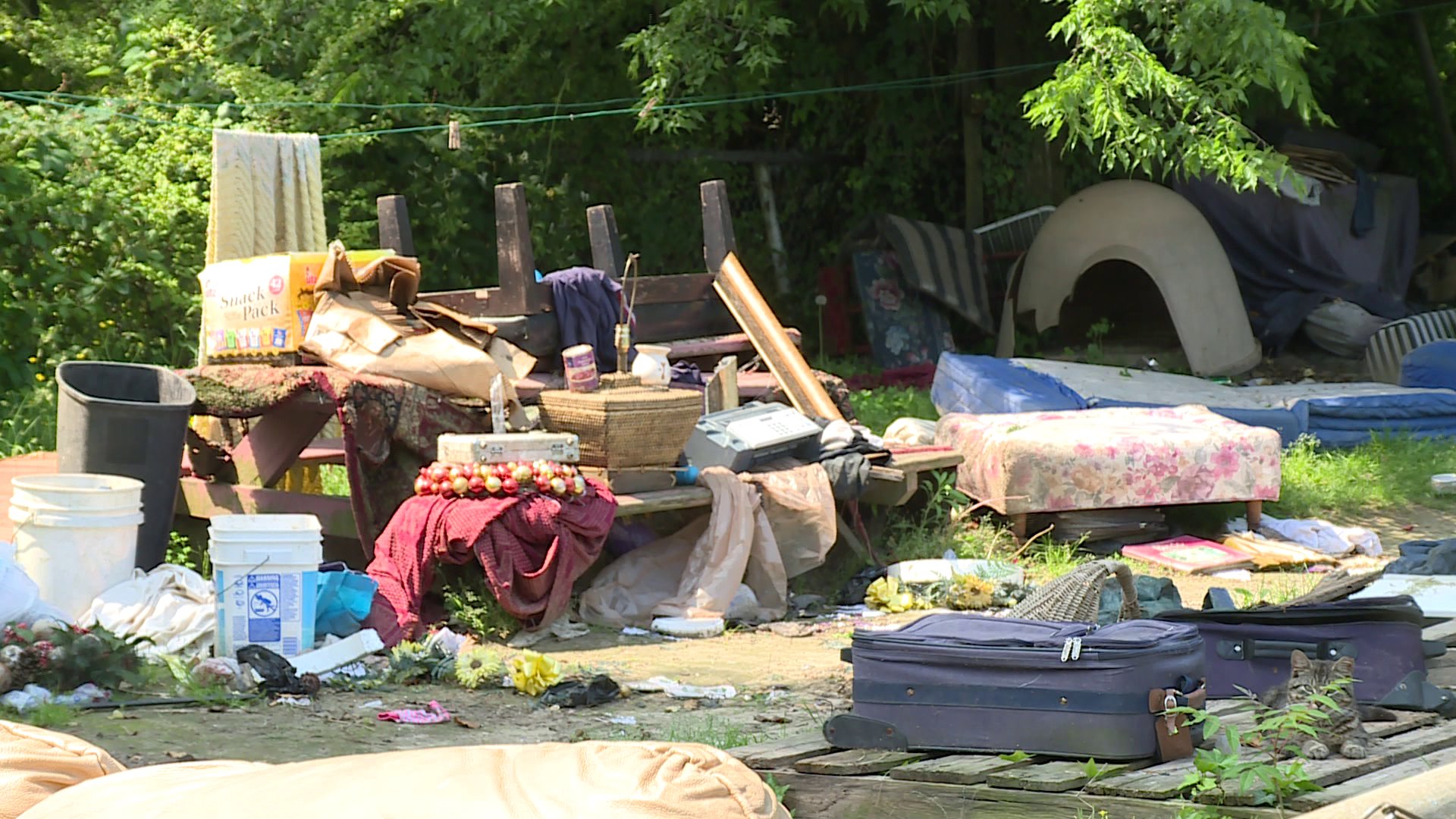 The city condemned one side of the property back in 2017 and issued various citations for tall weeds and trash in 2017, according to city Code Enforcement records.

Troy said a tenant left behind the belongings when she moved out at the end of April.

A sofa, stuffed animals, food, and even a piano could be seen from an alleyway.

“The house is for sale and closing will be in several days. The buyer plans to renovate the property," Troy explained.

"The property has been vacated and any external refuse will be cleared in the near future. I feel badly the tenant left so much trash when she moved out at the end of last month. It will be removed in the next 48 hours," he added.