RICHMOND, Va.-- A 19-year veteran of the Richmond Police Department Swat Team says helping grant a 9-year-old boy his wish was the highlight of his career.

"Participating in the Make A Wish for that young man was by far the best experience I've had on the team," said Sgt. Brian Robinson.

On Sunday, Robinson joined fellow Swat Team members, along with more than 125 supporters,  to swear Matthew Martinez in as a new officer and member of the RPD Swat Team.

Smiling from ear to ear, Matthew Martinez was sworn in as a member of the Richmond Police Department on Sunday.

"He really did walk out of the room as Matthew, a kid and came back in as Officer Martinez of the SWAT team," Michael Martinez, Matthew's father, said.

It’s Make-A-Wish day! Check out this video of Matthew Martinez being sworn in as a member of our SWAT team. The 9yo (diagnosed with cystic fibrosis) gets to spend the day training with us. It’s something we’ve been planning with @MakeAWishVA for months. pic.twitter.com/zHHAp3xlX1

Matthew's wish came true Saturday as Make-A-Wish Greater Virginia revealed they were going to grant his wish of becoming apart of the SWAT team.

"Definitely quite joyful and have had lots of tears shed, because it's just been so humbling and uplifting to be a part of Matthew’s wish," Lambert said. 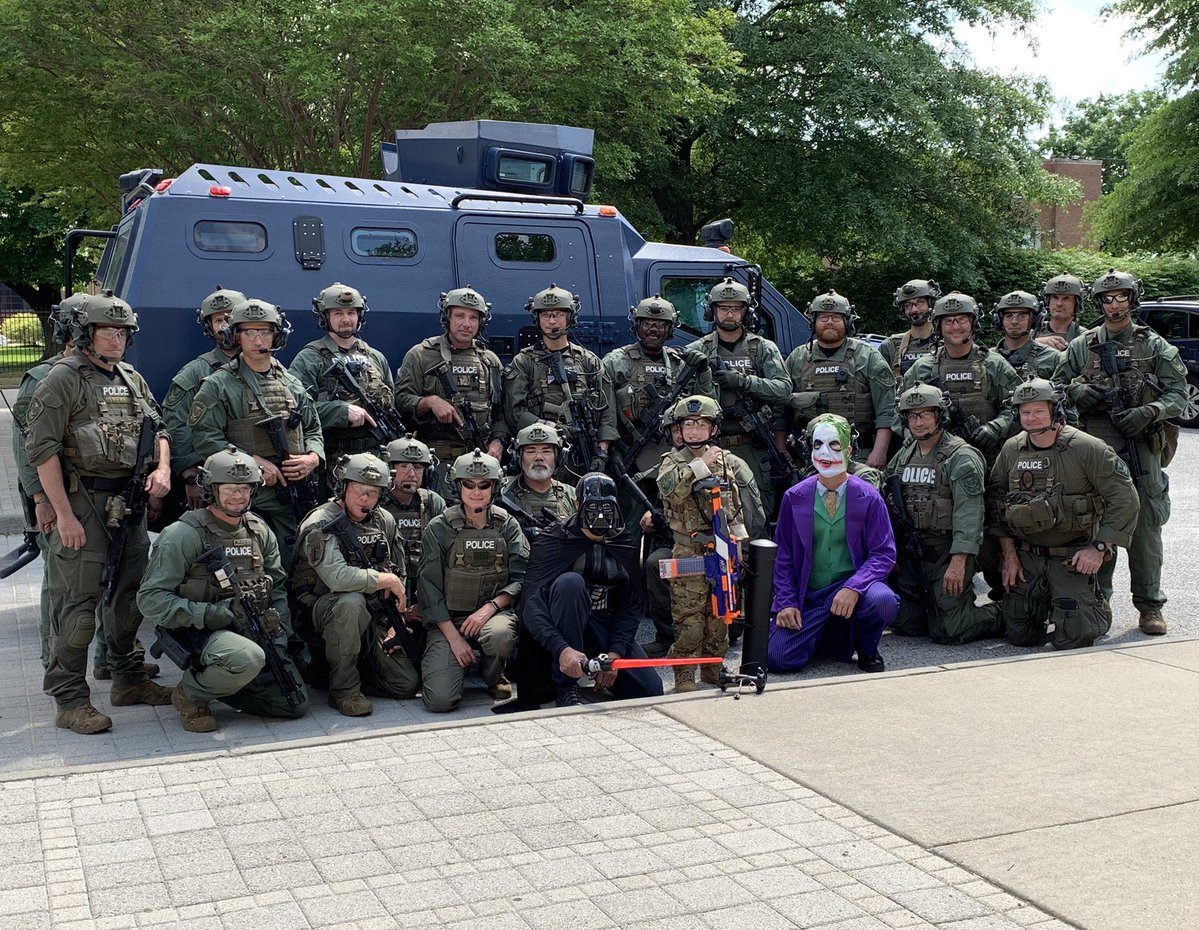 "You’re never alone that’s something that the swat team preaches every single day and I wanted him to feel that he would never be alone for any challenges that I know he’s gonna face," RPD Interim Chief William Smith said.

Matthew has cystic fibrosis, the same disease that took his brother’s life on Christmas Day.

"As a two-time recipient of a wish with Michael and now with Matthew, we’re grateful," Michael Martinez said. "The program itself is wonderful, for children that likely wouldn’t have these opportunities."

"To see his joy and excitement and just the perfect smile that was brought about through his wish experience, it's just so inspiring," Lambert said.  "It makes me want to work even harder and for us to do whatever it takes to achieve our vision of granting ever eligible child’s wish."

"A lot of people think being on the Swat Team is brave," Robinson says.  "It's dealing with what life throws at you sometime- that's courageous enough."

Robinson added that Matthew's family would always be a part of the RPD family.  "If they ever need us, all they have to do is call."

Officer Martinez helping Sgt. Hannah with a K-9 drug detection demo! He was a pro with Ares 🐕💙 pic.twitter.com/PukEnW7jV6