RUSSELL COUNTY, Va. -- Five men who were trapped in a cave in southwest Virginia have been rescued, authorities said.

Four of the men were taken to a local hospital, said Jess Powers, emergency management coordinator for Russell County.

The other man was taken to Bristol Regional Medical Center in Tennessee, he said.

Rescuers raced against the clock Sunday to save the group.

Six men in total entered the cave in Cleveland on Friday around 7 p.m., said Billy Chrimes, search and rescue coordinator for the Virginia Department of Emergency Management.

One of those men emerged from the cave on Sunday morning around 2 a.m., Chrimes said.

That man told authorities that the others were having difficulty getting out. He said they were exhausted and were starting to have problems with hypothermia.

Authorities announced early Sunday afternoon that one man had been rescued, followed by another a few hours later, then the rest shortly afterward.

OUR FIRST LOOK at Cyclops Cave where rescuers are trying to reach 5 men who are trapped inside. Crews are using rope to try and hoist the men to safety from a lower tier of the cave. Local crews and professionals from across the state are assisting in the rescue. @WJHL11 pic.twitter.com/MK5YcPgZob

The five trapped men are between the ages of 34 and 59.

The cave where they were trapped is known as Cyclops Cave for the "bubble-like formation" referred to as the "eye" of the Cyclops, Powers said.

The cave is popular with explorers, although it is on private property. Tony Smith, who owns a cattle ranch next to the caves, told CNN affiliate WJHL there are five big caves stretching for around 9 miles.

The group was planning to camp in the cave until Sunday, Powers said. A heavy downpour Saturday night made conditions muddy and wet and likely contributed to their difficulties, he said.

The group did not have a lot of extra food or water, Chrimes said.

The temperature underground was in the 50s, which can be comfortable under normal circumstances, but can contribute to hypothermia when you're not active and moving, Chrimes said.

Members of a wide network of cave rescue teams responded to the emergency, and additional teams across the East Coast were on standby, Chrimes said.

The rescue took a considerable amount of time because of the small size of the cave, he said.

Once inside, rescue teams had to assess the situation and then report back because cell phones and radios don't work inside the cave.

Russsell County is in southwest Virginia just over 330 miles away from Richmond. 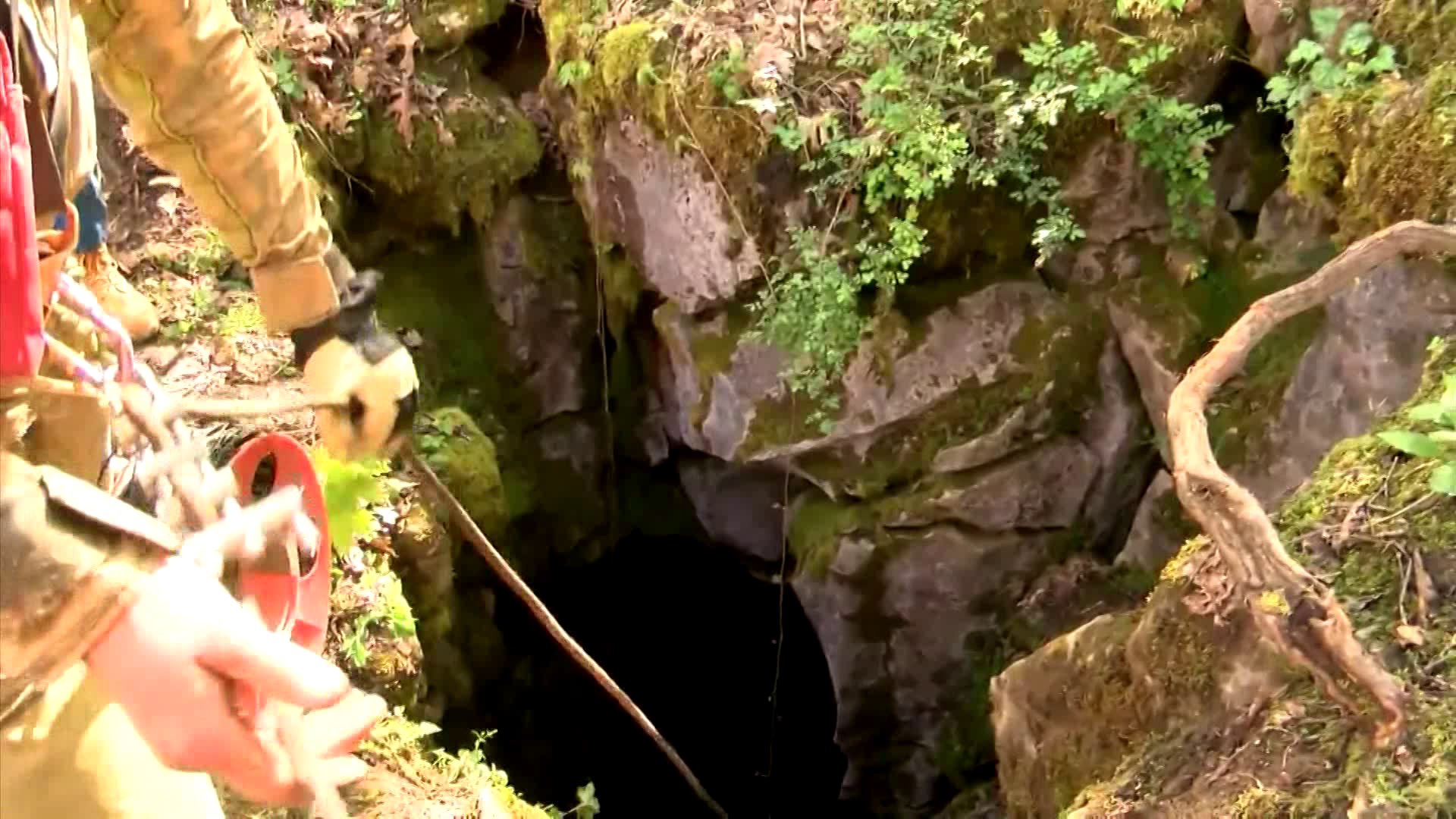