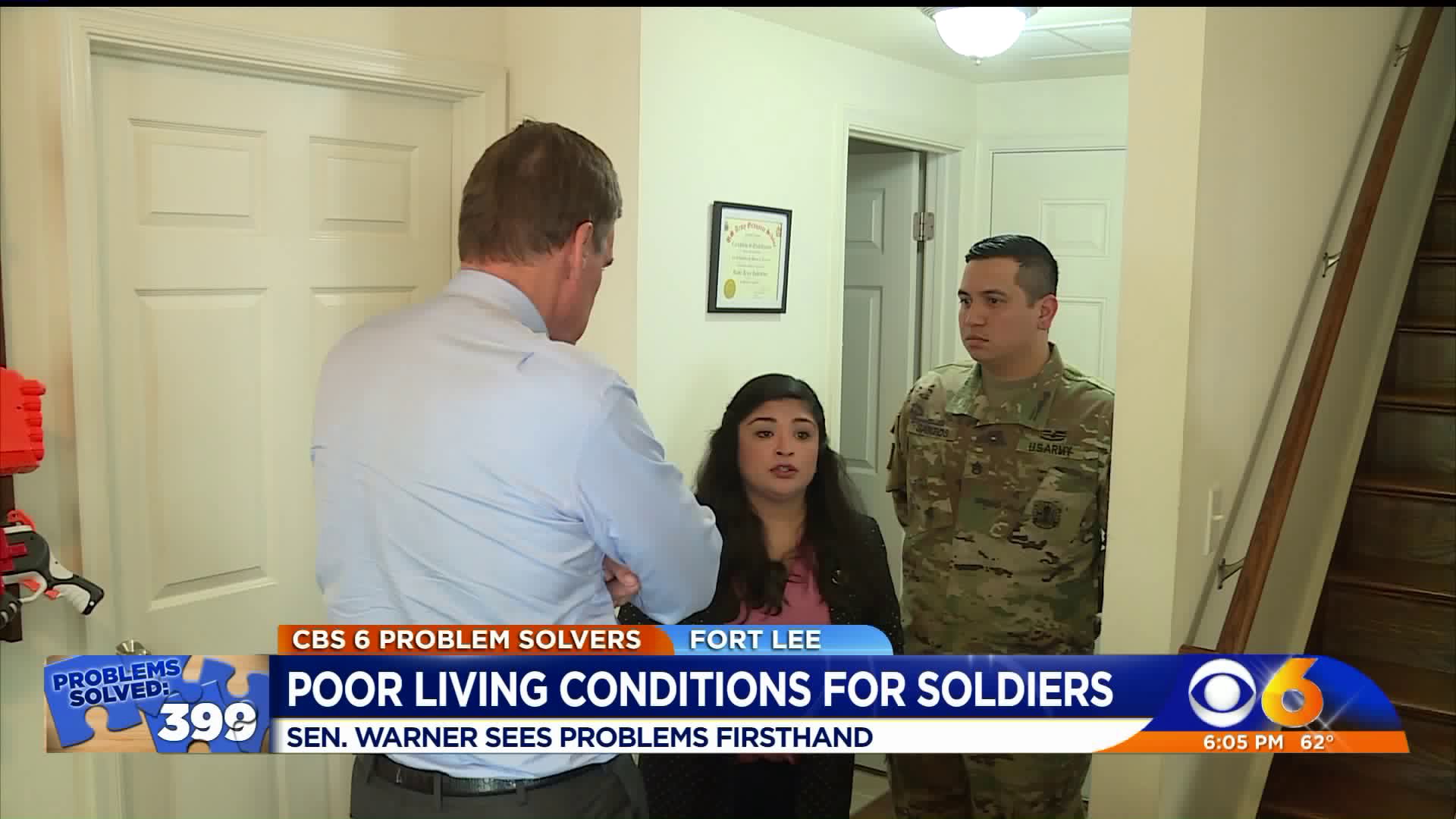 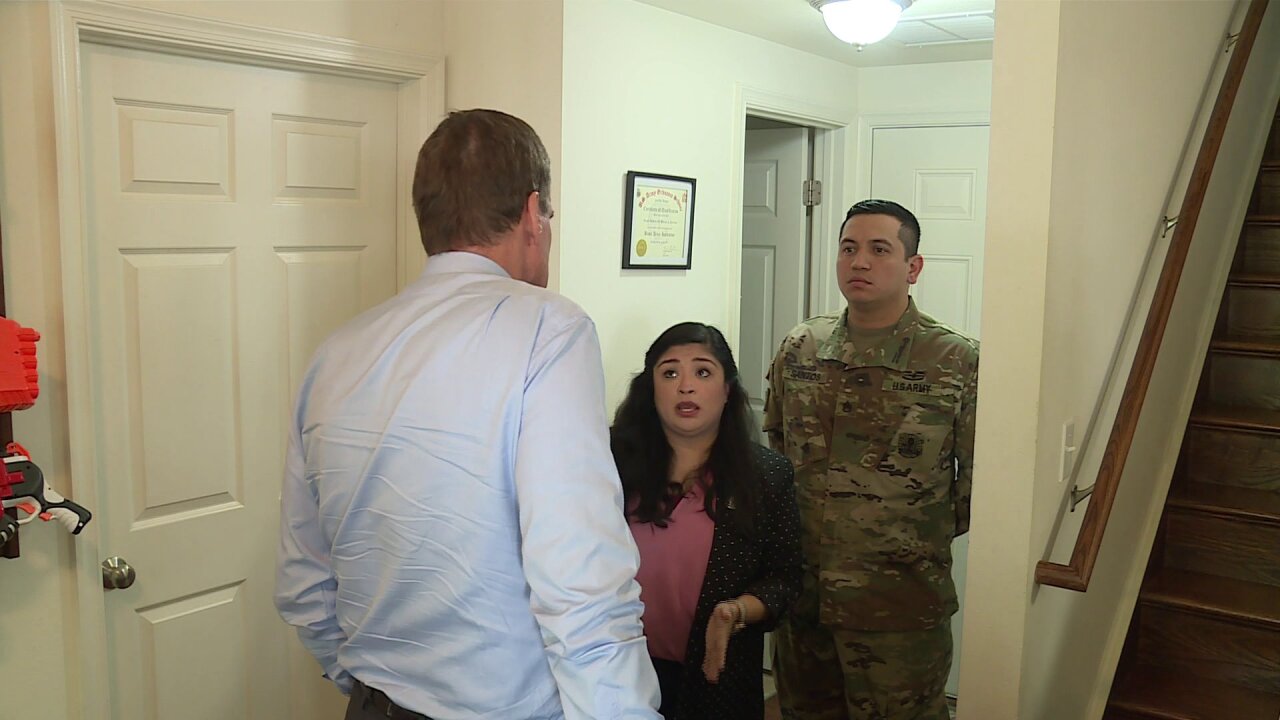 FORT LEE, Va. -- Hosting perhaps their most distinguished guest, two military families at Fort Lee welcomed Sen. Mark Warner (D - Virginia) into their homes Thursday. Both told Sen. Warner about what they called problematic living conditions on the base.

"They said it was going to be pressure washed in the spring, which as you can see that hasn't happened yet," Amber Machado told the senator.

"The contractor they sent was not licensed or certified in remediation of mold," Patricia Santos said. "The contractors are rushing through these jobs right now."

"I know there are families out there whose children are very very ill," Santos added.

Warner sat down for a round table discussion with the mothers, as well as other military families.

"What I want to do today is hear your stories," he told the group.

They told Warner about mold in their homes that was making their kids sick, shoddy maintenance work, and work orders that went unresolved.

Like much of the military, soldiers and their families on Ft. Lee live in privatized housing that is not owned or operated by the government.

At Ft. Lee, Hunt Military Communities is the landlord, but nobody from Hunt attended the meeting.

"I think the next step probably should be to bring the senior Hunt people out here and do this again," Warner said.

The federal government switched to a privatized model roughly 20 years ago thinking it would improve living conditions, but Warner said that has not been the case.

He has introduced legislation that would create stronger oversight, allow the military to withhold payments to contractors until issues are resolved, and prohibit contractors from charging certain fees.

"If we don't change the system things will get better for a year or two and then it will fade from people's memories," Warner said.

We reached out to Hunt for comment, but we have not heard back.