4 pm Friday update:  severe storms will exit eastern Virginia.  The air behind the line of storms is cooler and more stable. While some scattered showers or rumbles of thunder will be possible through the evening, the severe threat is over.

The threat for severe weather will last until late afternoon in the metro, and until early evening in eastern Virginia.  Additional showers and rumbles of thunder will be possible through the evening. 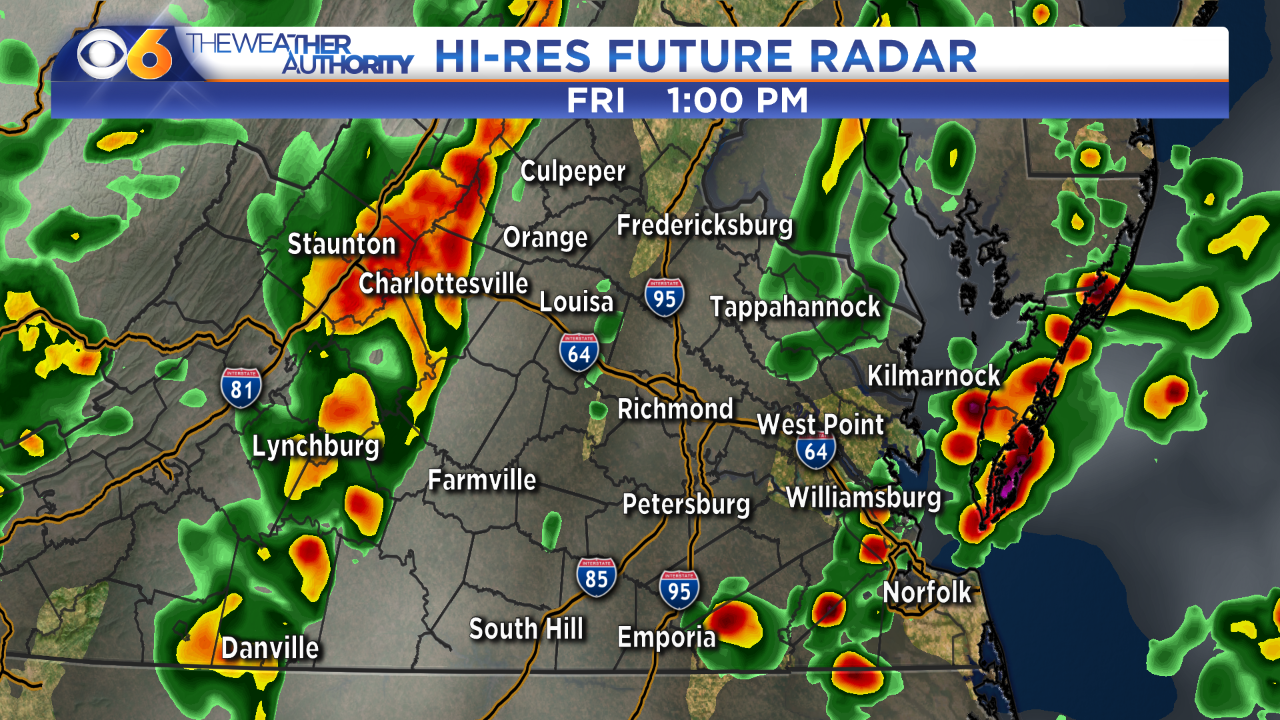 The risk for severe weather in central and eastern Virginia has been upgraded to enhanced.

A few of the storms may be strong to severe.  The main threat will be damaging wind gusts.  There is the potential for a few storms to have some rotation, so an isolated tornado cannot be ruled out.  However, the atmospheric set-up will not be the same as it was last Friday.

All storms will exit eastern Virginia by late evening.  Calmer weather will settle in for the weekend.