National Teacher of the Year returns home to Richmond: ‘This has been a whirlwind’ 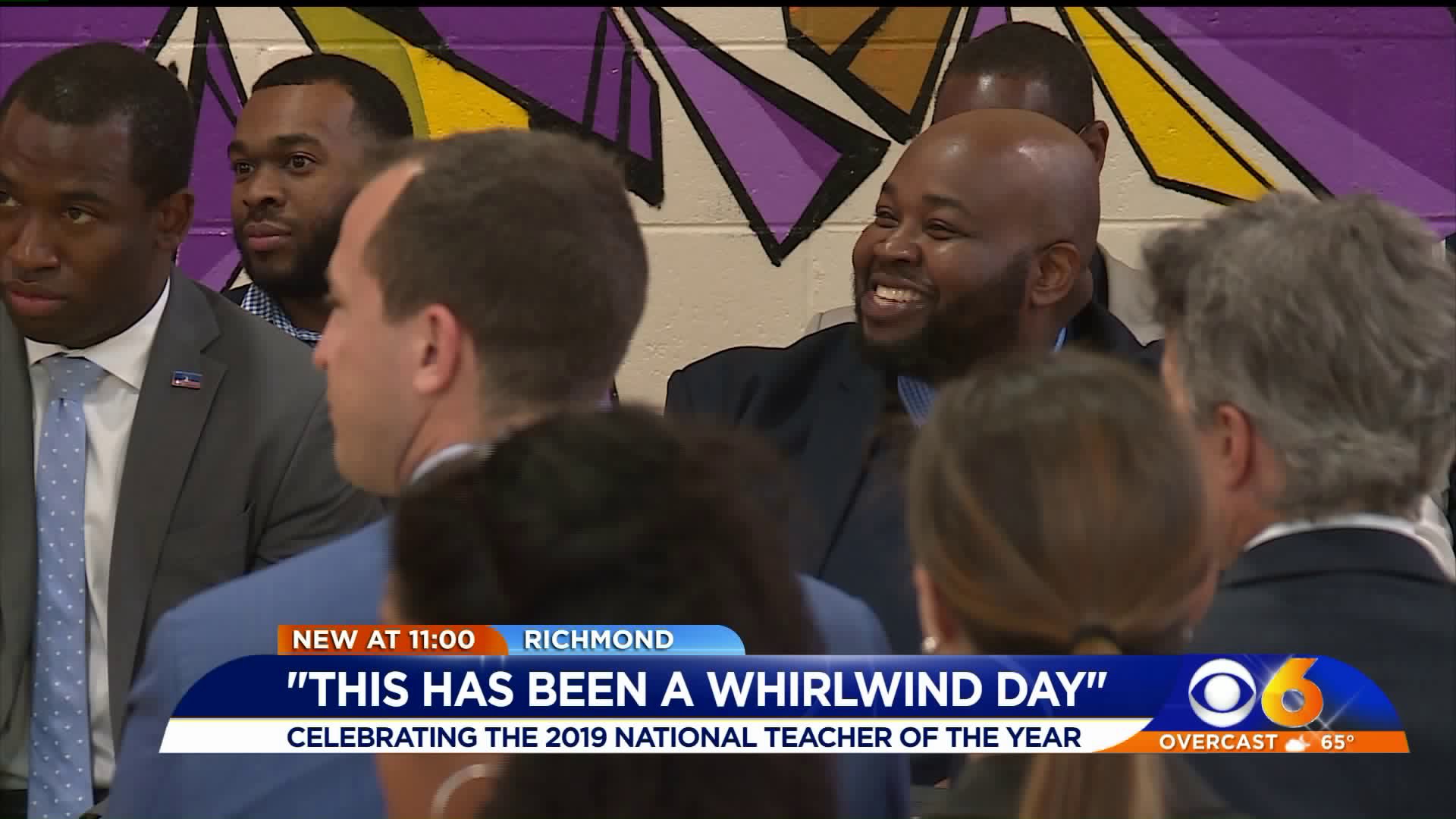 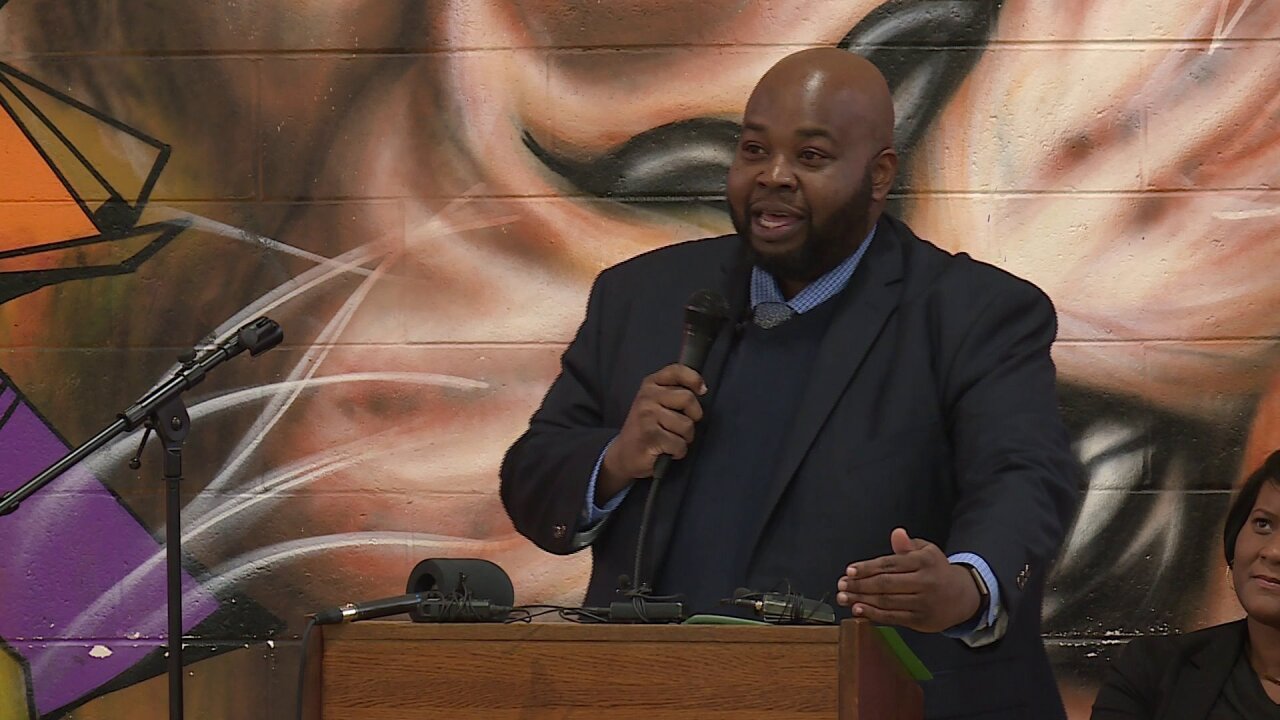 RICHMOND, Va., -- Rodney Robinson told a large crowd at his National Teacher of the Year party that he believed his purpose in life was to win the profession's top honor.

"My purpose is not only to advocate for black men, all men of color, all women of color, all students in America to make sure all stories are heard --  all cultures are valued and that we can be whatever we want to be," Robinson said.

Lawmakers, fellow teachers, alongside state and city leaders gathered inside the gymnasium at Virgie Binford Education Center at the Richmond Juvenile Detention Center Thursday to celebrate the 19-year educator.

The announcement was made live on "CBS This Morning" Wednesday morning that Richmond Public Schools' Robinson was named the 2019 National Teacher of the Year.

"I've had this crazy big smile ever since watching CBS This Morning," RPS Superintendent Jason Kamras told the crowd.

Kamras, Robinson and several school leaders learned that one of their own had won the prestigious award about six weeks ago.

Doron Battle was one of Robinson's former students at Armstrong High School who spoke during the party.

"Congratulations Big Rod," Battle exclaimed. "I'm getting choked up, I said in an interview that it`s like winning the Super Bowl."

Robinson teaches some of the "most vulnerable kids in society" at Virgie Binford.

Robinson shared the impact his win is already having recounting a story of meeting two strangers in a Walmart parking lot.

"Before I got into the store two more African American gentlemen stopped me and told me how important it was to have someone that looked like them in this position to advocate for them," he recalled.

Robinson, who earned a bachelor’s degree in history from Virginia State University and a master’s degree in administration and supervision from Virginia Commonwealth University, is a 19-year veteran of Richmond Public Schools. He previously taught at Armstrong High, Wythe High, and Brown Middle School.

The National Teacher of the Year Program dates to 1952 and is considered the oldest and most prestigious national honors program that focuses public attention on excellence in teaching.