RICHMOND, Va. -- Richmond muralist Nils Westergard put the finishing touches on a mural on the side of the Richmond SPCA building on Wednesday.

The organization reached out to Westergard a few months ago to express interest in having him use its exterior wall facing Hermitage Road as a canvas for his art.

Westergard began the mural on Sunday and finished Wednesday afternoon. 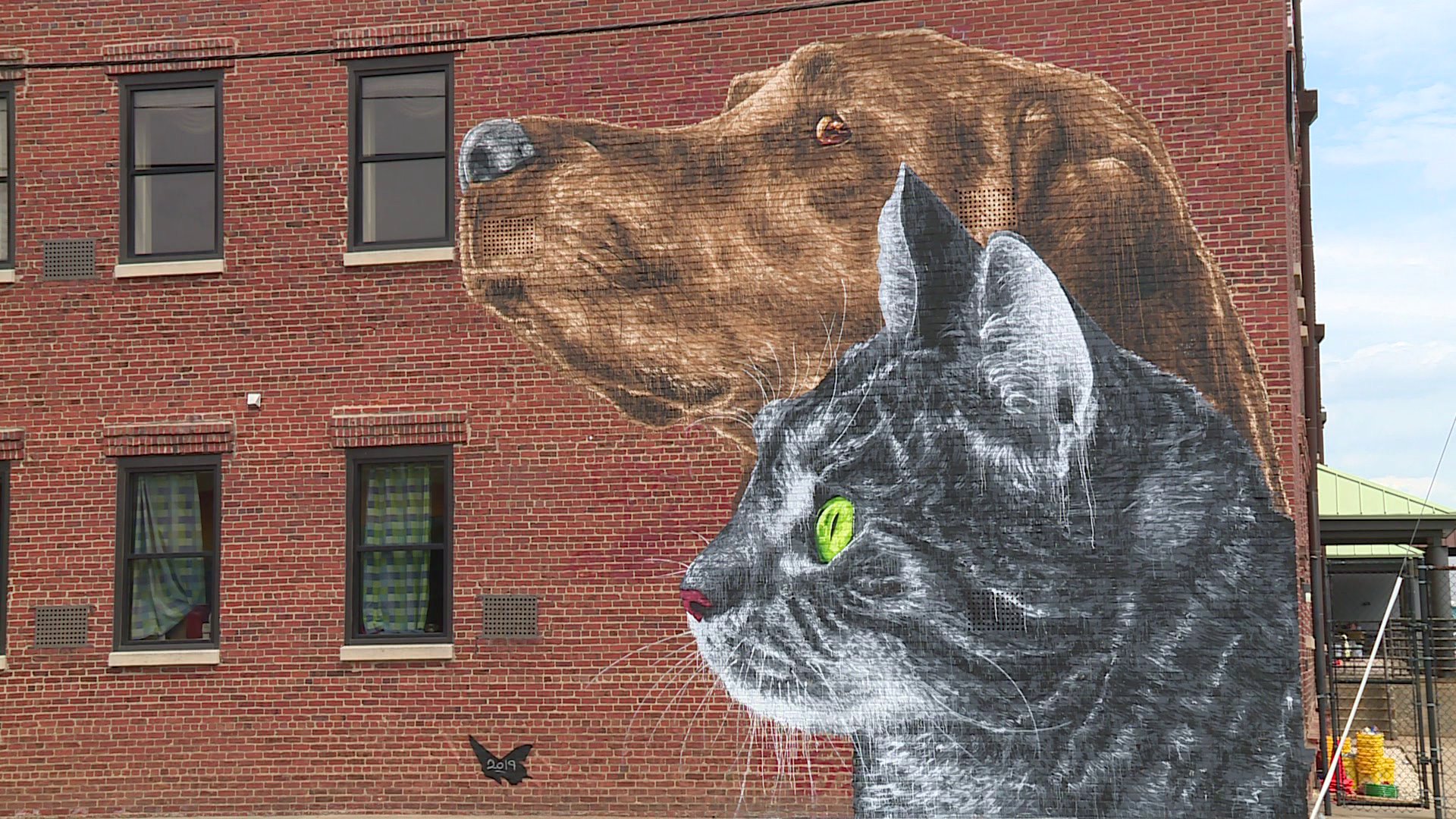 The mural features "Slim” the dog and "Ash" the cat who were both adopted from the Richmond SPCA in 2016.

“We are so grateful to Nils for adding beautiful art to the landscape of our city and representing to our community so perfectly the lifesaving mission of the Richmond SPCA,” Chief Executive Officer Robin Starr said.

The shelter encourages visitors to come to the Robins-Starr Humane Center and have their picture taken in front of the mural.

The Robins-Starr Humane Center is located at 2519 Hermitage Road in Richmond.