The risk of severe storms returns on Friday

RICHMOND, Va. -- Another powerful storm system will bring showers and storms to the CBS 6 viewing area on Friday.  The weather until then will be tranquil.

A cold front will approach during Friday, and scattered showers will be around in the morning.  A few thunderstorms will develop during afternoon and then turn more numerous in the evening.  The storm threat will last into Friday night. 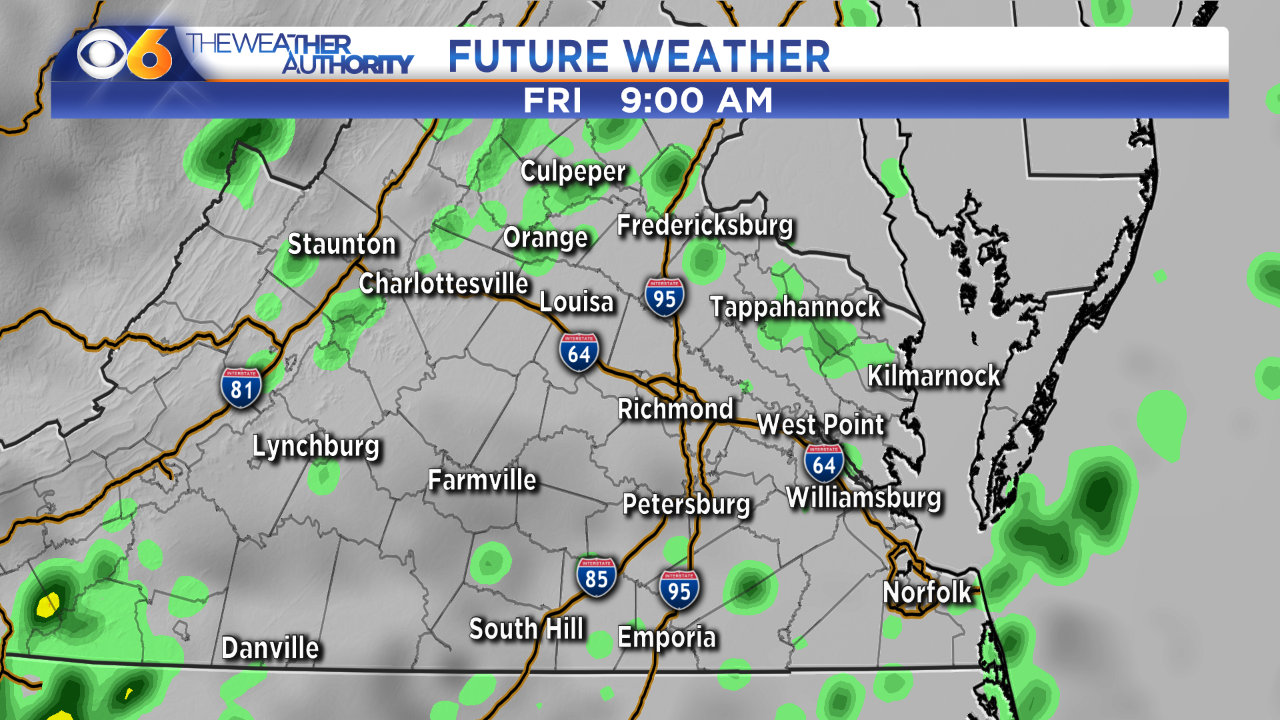 The entire viewing is under at least a slight risk of severe weather, but areas south of Richmond are under an enhanced risk for severe storms.  Timing for the highest threat of the stronger storms will be during the evening.

Damaging winds will be the primary severe threat.  Even with no storms around, gusts could exceed 40 mph in some areas.  The gusts in severe storms will exceed 60 mph.  Some storms will also produce some large hail.  There will be the potential for rotating storms, so isolated tornadoes cannot be ruled out.

The severe risk will decrease early Saturday, followed by calmer weather the rest of the weekend.  By the time the storm system has moved by, some locations may pick up over two inches of rainfall.  Even higher amounts will occur in areas that receive multiple storms Friday into Friday night.