POWHATAN, Va. -- We first met JD McMillin last winter as he was going through his junior season at Powhatan. He was born deaf but with the aide of cochlear implants has almost full hearing, except when he wrestles.

McMillin prefers to wrestle deaf without his implants. It helps him focus more on the task at hand. And it's worked because even though he lost in the state title match last year, he found himself back in the same spot this year.

"I know what I need to do," McMillin said. "Let's roll. I'm ready to wrestle. There was no nervous, there was nothing about that. I was prepared for him and to get what was mine, and that was a state championship."

That confidence plus the idea to wrestle without his implants in the first place came from his first wrestling coach, Mike Walter, founder of the Blackhawk Wrestling Gym in Powhatan.

Since first opening it's doors over a decade ago, the Blackhawk Gym has been a haven and a classroom, teaching what can't always be taught from behind a desk or out of a textbook.

"I don't think it would be as great of a program or as strong and sturdy as it is," McMillin continued. "I don't think anybody who was there from the beginning would be exactly where they are today without Mike. Not only because he created the program but what he instilled in the program."

"He gave us a talk at the beginning of the year about having character, being good wrestlers and not everyone is going to win a match," added Simeone Holmes. "You're going to go through some losses and it's going to help you get better."

Walter was a Special Agent for the Virginia State Police and was killed in the line of duty in May of 2017. His physical presence may be gone, but his spiritual influence is never far away. His words still ring in the heads of the athletes he influenced.

"Never give up at anything" R.J. May remembered. "Mike was always pushing you to do your best and your best was always winning.

"'I don't know if I can do this'" McMillin said. "Not only would I have my coaches, Tanaka and Zach but also Mike in the back of my head just telling me you got this."

The Blackhawk gym boasted three state champions this year, McMillin at 120 lbs, May at 138 lbs, and Holmes at 170 lbs. All of them coming from Walter's tutelage, and all of them bittersweet because the man most responsible for their development wasn't around to see the payoff.

"I did wish he was there for my final match," McMillin said. "But I know that regardless of him not being here, it was a great motivator." 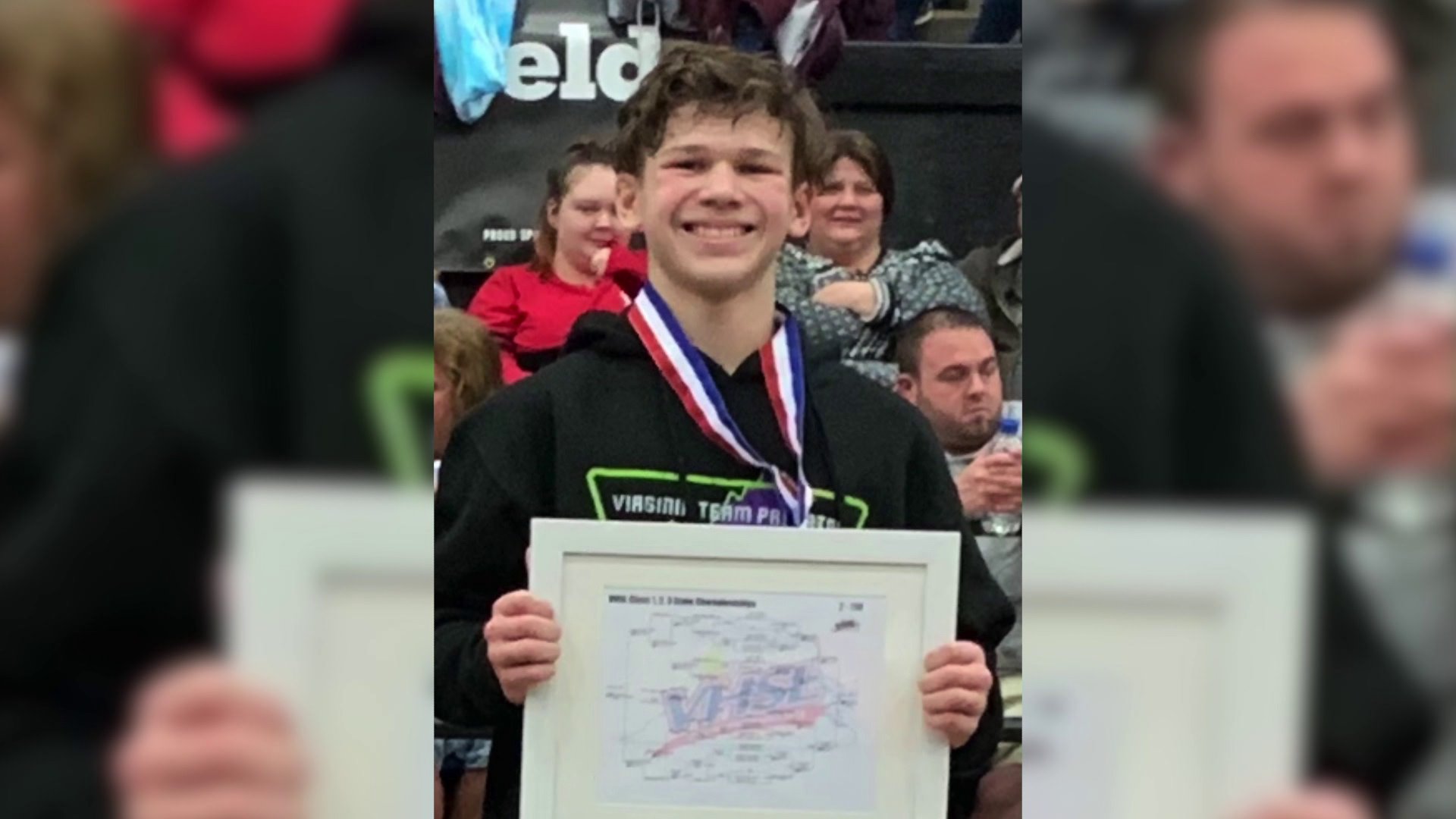 "He just cared a lot," May added. "I've always had good coaches but Mike just stood out because he's tough on you... but he really loves you."

Despite reaching the pinnacle of their respective classes this year, none of these champions believe it would have been possible had not Walter been a significant part of their lives.

"I don't know where I'd be," Holmes said. "I didn't learn much my first few years, but when I came here, I learned a lot."

"I didn't like wrestling when I was little but Mike didn't let me quit it," May added. "I was really scared of Mike. I don't know how he would have seen me if I didn't stick with it."

"Mike meant a lot to me and everyone". McMillin said. "Regardless of where the moment in time is, he's always with me."