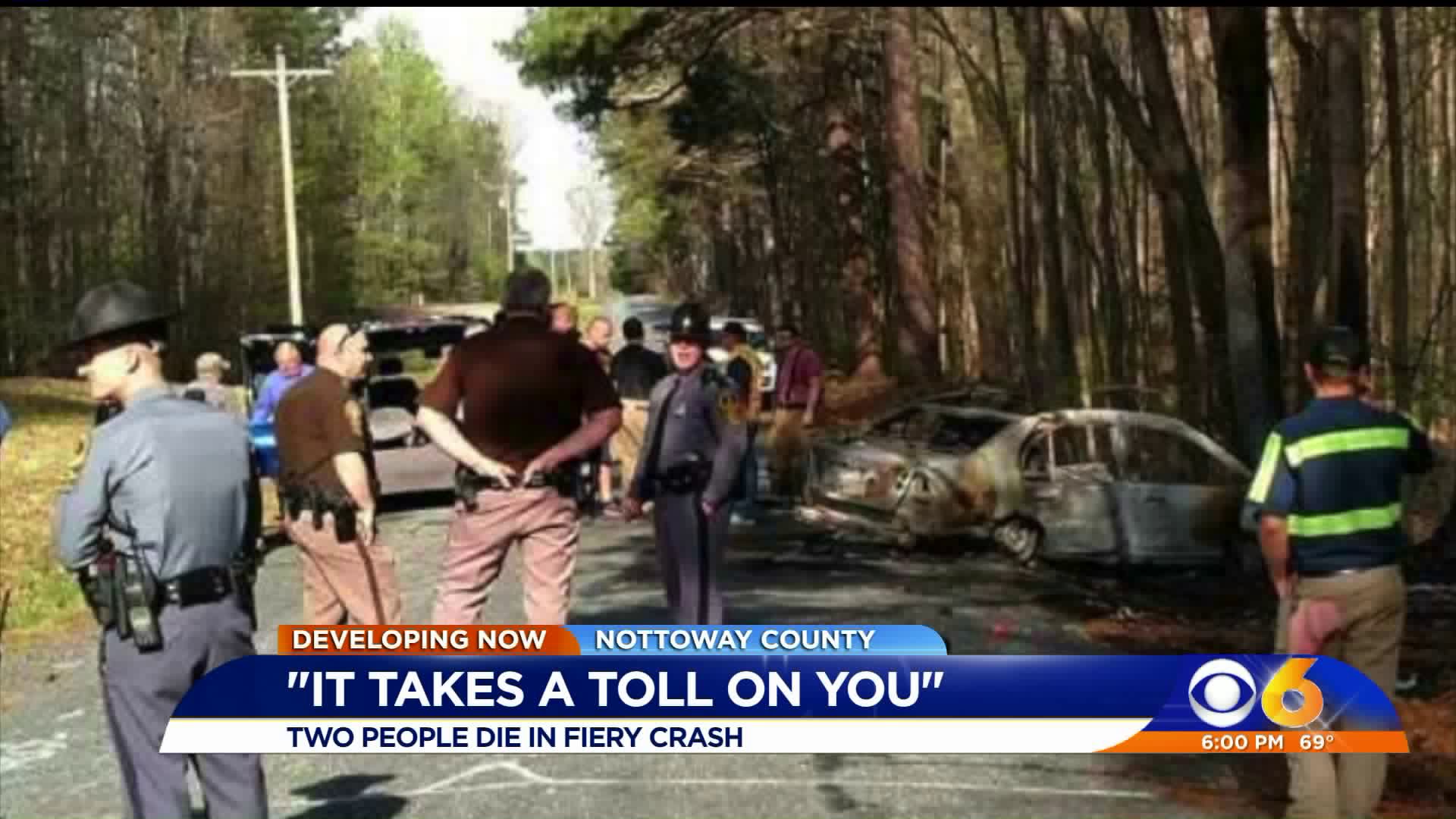 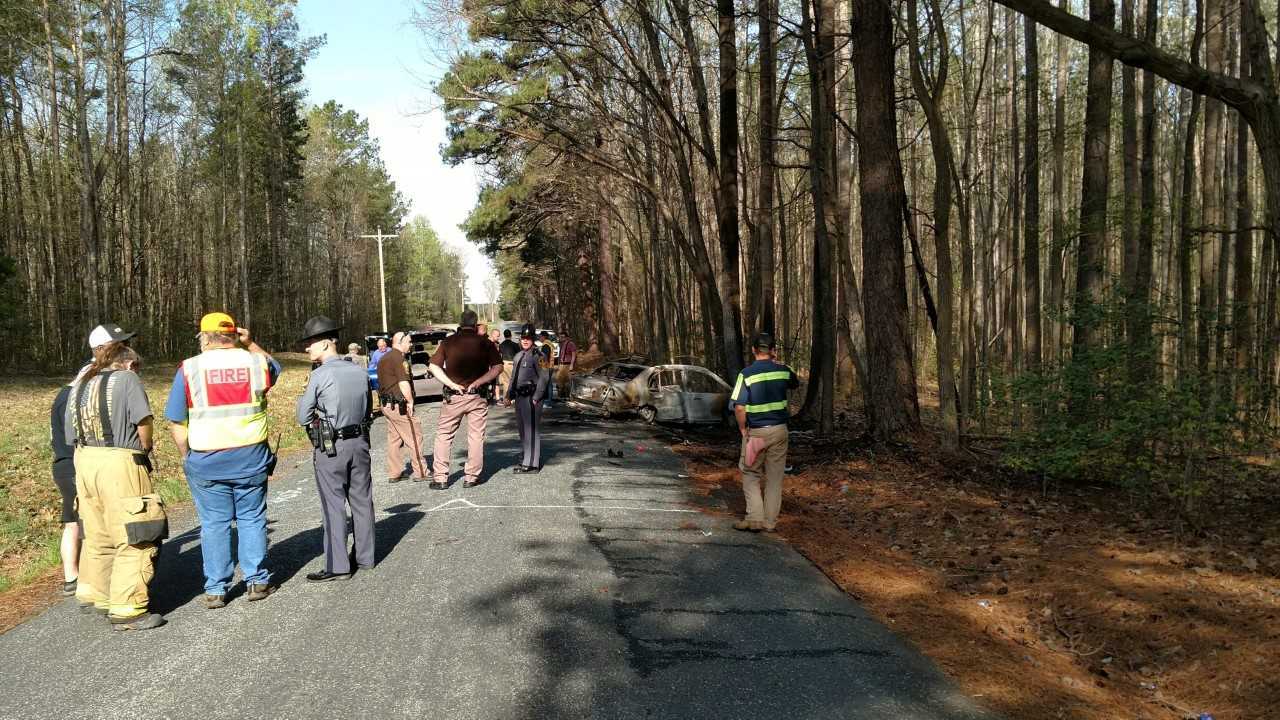 The Blackstone Volunteer Fire Department responded to the crash on West Courthouse Road near Flat Rock Road at 5:44 a.m.

A caller said he could see a car burning in the middle of the road, Blackstone Fire Chief Dion Tomer said.

When crews arrived at the scene, they found the car fully engulfed in flames.

“The trooper's preliminary investigation reveals that a 2001 Honda Civic was traveling westbound on West Courthouse Road when it crossed the center of the roadway going off-road left. The civic then struck a ditch line, a tree, and then caught on fire,” said a Virginia State Police spokesperson.

An adult driver and adult passenger were pronounced dead at the scene. Their remains have been transported to the Office of the Chief Medical Examiner for examination, and positive identification.