RICHMOND, Va., -- The hunt is on for a pair of thieves who were captured on a doorbell camera stealing an Easter flag in Richmond's Fan District.

The flag was taken from a home in the 1600 block of Floyd Avenue just after midnight on Friday.

Homeowner Jennifer Burris noticed her Easter flag she put up for the upcoming holiday missing over the weekend.

The video showed two men walk up to the Burris' front porch as one of the thieves yanks the large flag including the pole off the side of the home. 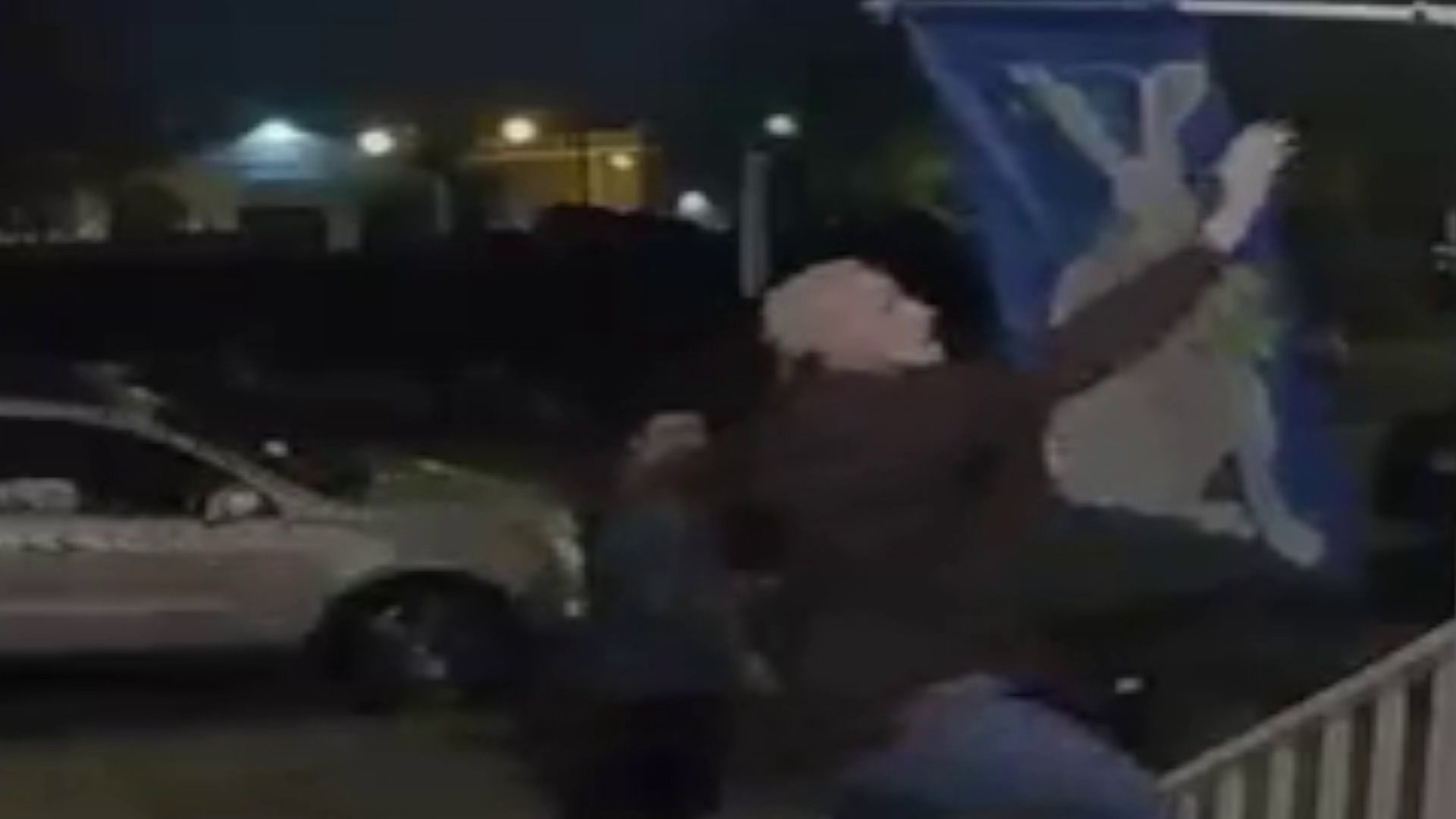 One suspect appears to be wearing a backwards facing cap, blue jeans, a t-shirt along with a button-up shirt.

"[The thieves] did not give up stealing for Lent. They have another week - maybe they can return the bunny before Easter Sunday," Burris stated.

She said she purchased the "Bunny with wreath" flag from Festival Flags located at 309 N. Monroe Street for about $100.

"Bring the bunny back," Burris plead. "No questions asked. Just leave my bunny flag on my front porch."