CHARLES CITY COUNTY, Va. -- A man was killed and a woman was seriously injured in a motorcycle crash in Charles City County Sunday afternoon.

The single-vehicle crash happened just after 3:05 p.m. on Route 5 about one mile west of Route 106, Corinne Geller with Virginia State Police said.

"A 2007 Harley-Davidson motorcycle was traveling east on Route 5," officials said. "As it came into a curve, the motorcycle ran off the right side of the highway, flipped and struck several trees." 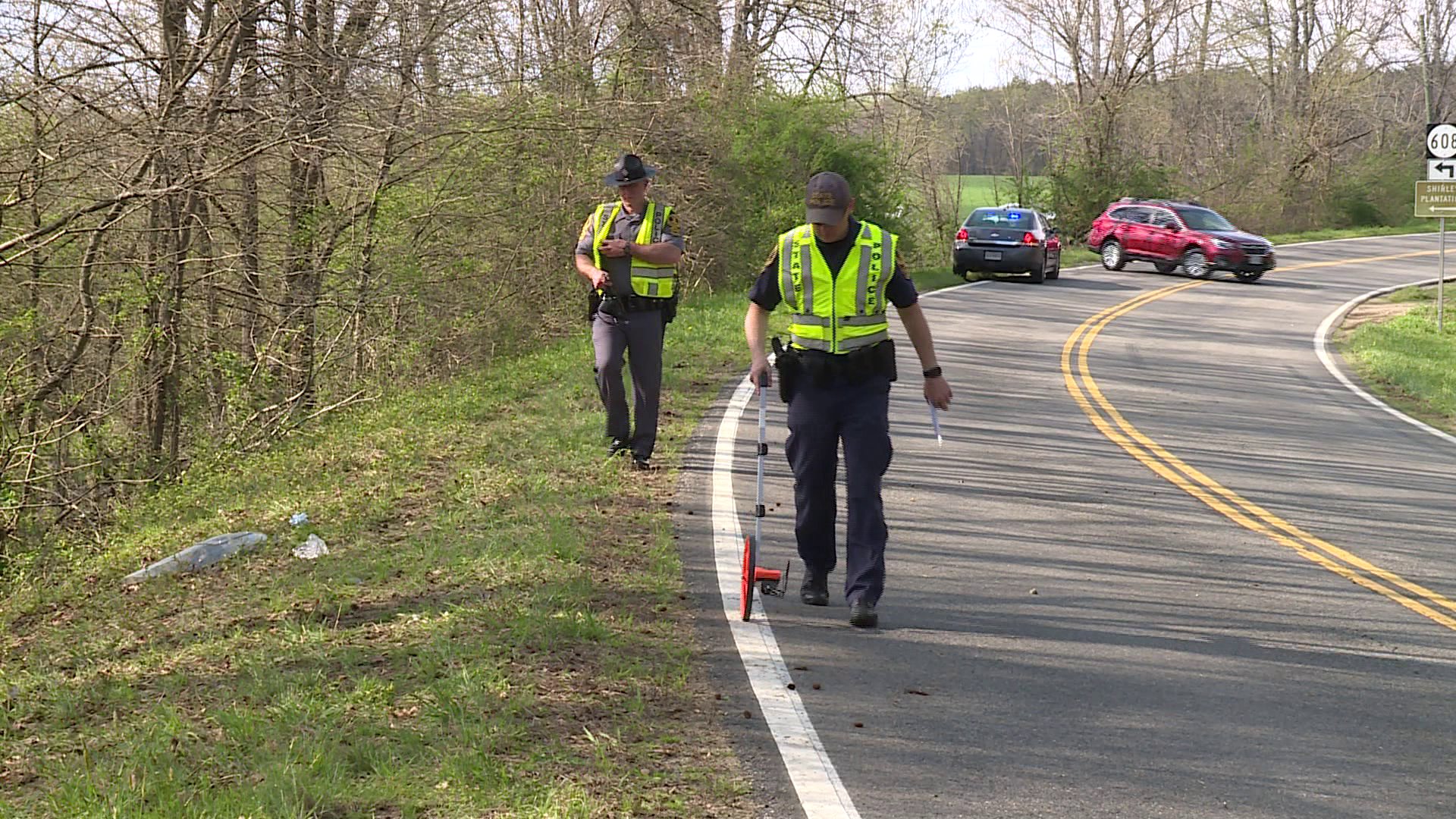 Officials said the driver, 68-year-old John C. Ennis of Richmond, was transported via ambulance to VCU Medical Center where he died of his injuries.

His passenger and wife, 65-year-old Barbara A. Ennis, was medflighted to VCU Medical Center where she is being treated for serious injuries, troopers said.

Both victims were wearing helmets, according to troopers.

Officials said the cause of the crash remains under investigation.