Police said the incident started several miles away on Carters Mill Road around 2 p.m. when officers were called for a report of a shooting.

Investigators said they spotted a vehicle of interest on Route 5 a few moments later and pulled them over.

Video from the scene showed a person wearing a pink shirt with their hands in the air and another person in handcuffs. 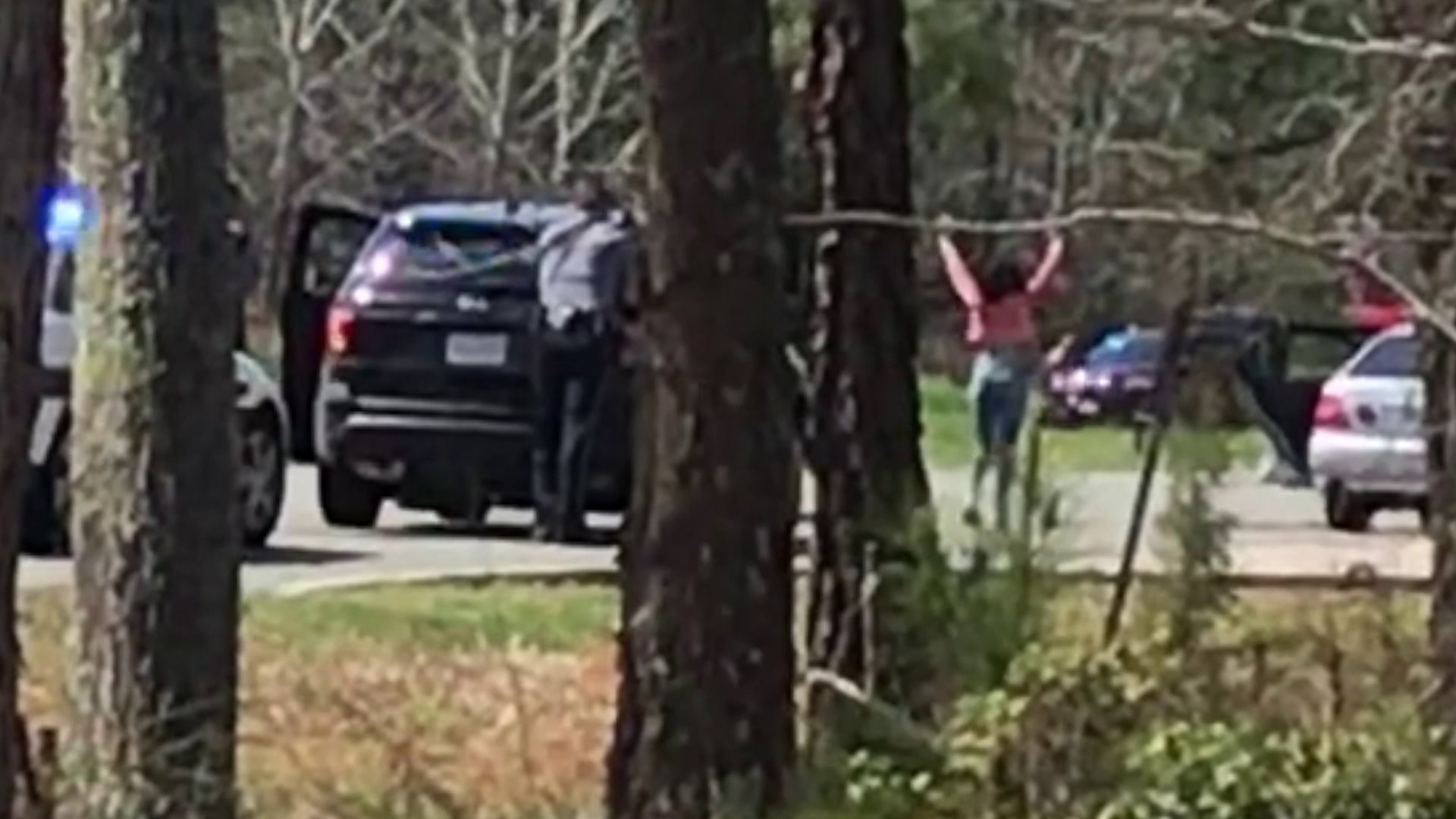