Tony Bennett: ‘I do feel for Auburn, but I feel better for us’ 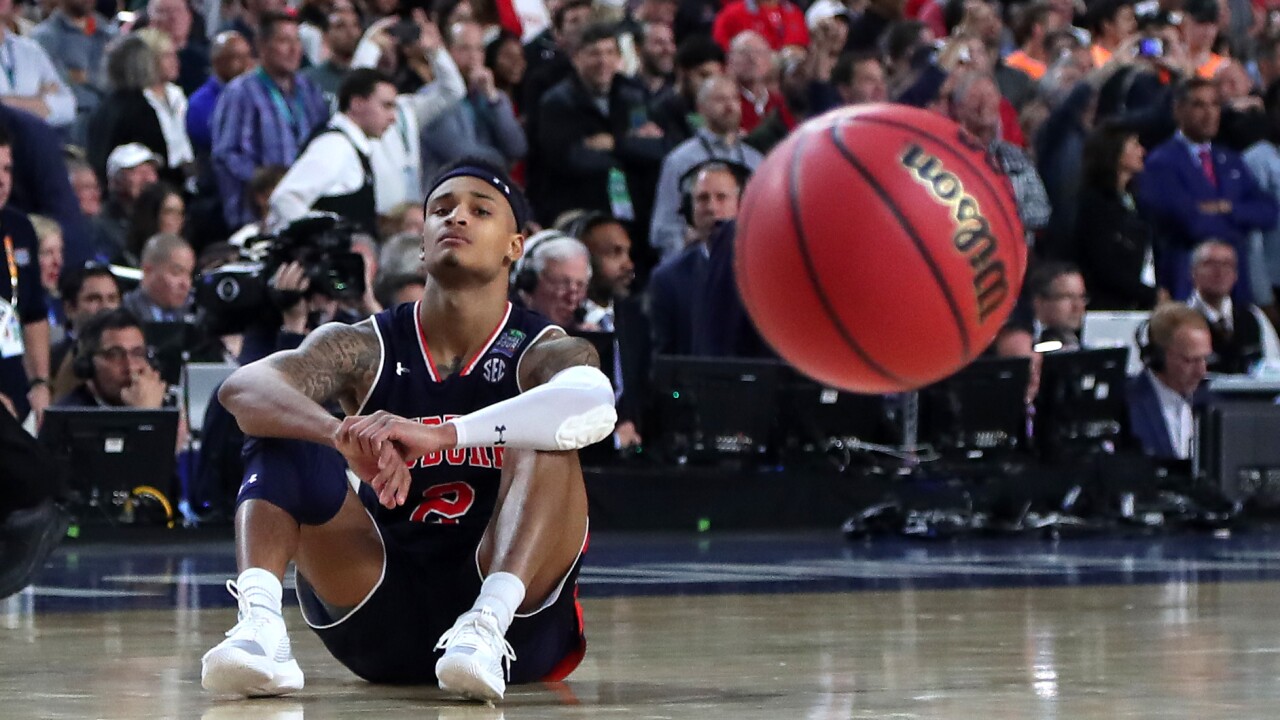 MINNEAPOLIS, MINNESOTA – APRIL 06: Bryce Brown #2 of the Auburn Tigers reacts after being defeated by the Virginia Cavaliers 63-62 during the 2019 NCAA Final Four semifinal at U.S. Bank Stadium on April 6, 2019 in Minneapolis, Minnesota. (Photo by Tom Pennington/Getty Images)

MINNEAPOLIS — One year after Virginia Head Coach Tony Bennett suffered one of the worst losses in NCAA Tournament history (losing to the #16 seed UMBC Retrievers), his Virginia Cavaliers now sit just one win away from the NCAA title.

“I do feel for Auburn,” the compassionate coach said after his team’s 63-62 last-second win. “But I feel better for us right now, and I’m just thankful these guys stepped up and played the way we needed to and got through.”

“It’s going to be one of the hardest things you ever have to do, how you’re feeling and what you’re going to have to respond to, but it’s going to mark your life,” Bennett recalled telling his players before they spoke in 2018.

One year later, it was Jerome who led all scorers with 21 points and 9 rebounds in Saturday night’s win. It was Guy who hit the game-winning free throws.

MINNEAPOLIS, MINNESOTA – APRIL 06: Kyle Guy #5 of the Virginia Cavaliers shoots a free throw late in the second half against the Auburn Tigers during the 2019 NCAA Final Four semifinal at U.S. Bank Stadium on April 6, 2019 in Minneapolis, Minnesota. (Photo by Streeter Lecka/Getty Images)

“I don’t really have the words for how I feel,” Guy said minutes after sending Virginia to the title game. “I’ve been pinching myself the whole time I’ve been in Minneapolis because it doesn’t really feel real, but I’m just so happy right now, so proud of [Ty Jerome], he played freakin’ phenomenal.”

Virginia will next face the #3-seed Texas Tech Red Raiders Monday night for the national title.