And an intrepid young sports anchor decided to pack up his things, leave the friendly confines of central upstate New York, and head south.

The Mohawk Valley’s loss was the River City’s gain.

His coworkers bought him a really nice and delicious cake, but in true Lane fashion, he skipped the party and headed straight to the Diamond, to cover the Flying Squirrels’ Opening Day.

A graduate of Plattsburgh State University, Lane got his start in the business at WUTR, the ABC affiliate in Utica.

But in 1994, he accepted a news photographer position at CBS 6. He became the weekend sports anchor the following year, and took up the reins of sports director in 1998.

Since that time, Lane has traveled across the commonwealth and the country to cover the high school, college, and professional teams that Richmonders love.

But he truly excels at conducting one-on-one interviews. 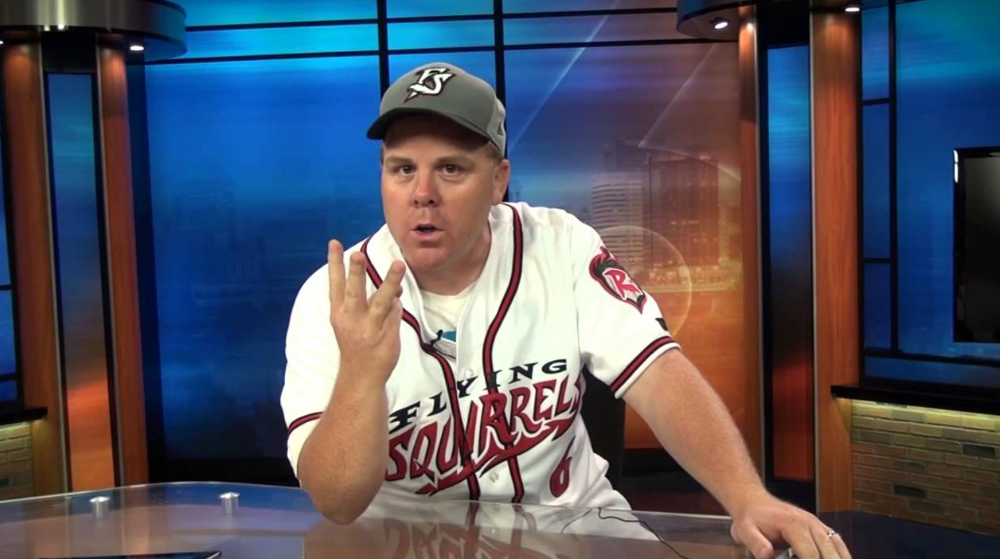 Lane has the ability to make any athlete feel at ease in front of the microphone, from a NASCAR legend like Jeff Gordon, to a deaf amateur wrestler from Powhatan.

And he has received numerous accolades for his work, including an Emmy in 2018, and the prestigious National Edward R. Murrow Award, which he received in 2014. Three times he has been named Virginia Sportscaster of the Year.

Lane is also one of the voters for the Dudley Award, handed out to Virginia’s best college football player. And he is on the voting panel for the John Wooden Award, given to the player of the year in college basketball.

Simply stated, Lane is the BEST at what he does, and we’re lucky to have him – even if he avoids newsroom celebrations like the plague.

It’s okay. We ate the cake. It was great.

🎉💓We love you, @LaneCtvsports! Congrats on 25 years at WTVR #CBS6!
We have a big cake for you here at the station! 🎉💓pic.twitter.com/xO2tvjLXo9