HENRICO COUNTY, Va. -- The teacher from Henrico County who was stuck in Thailand after becoming paralyzed earlier this year is preparing to accomplish a major milestone: running the Monument Avenue 10K.

Twenty-two-year-old Caroline Bradner, a Douglas Freeman High and University of Mississippi grad, had been in Thailand for two months following her dream of teaching abroad when woke up unable to move a few days before Christmas.

"It was unnatural," Caroline Bradner said. "I wasn’t able to turn in my sleep…  but the doctor said that it was curable, so that's what kept me going."

Bradner was diagnosed with an autoimmune disease called Guillain-Barre Syndrome, which left her temporarily paralyzed her from the neck down.

Caroline’s mother, Lou, flew nearly 10,000 miles to get to her daughter.

At home, her father, Jim, scrambled to get Caroline back when her travel insurance company initially denied her medical transportation request.

However, after a CBS 6 Problem Solvers report was broadcast, Sen. Tim Kaine’s office stepped in to help, the insurance company reversed their decision and Caroline was able to fly home.

"I was bawling. My sister surprised me in the hospital. And she hid in the bathroom and I was a mess,” Caroline Bradner said. "Just to see all my family and friends felt so good."

"She pulled through it She was very positive," Lou Bradner said. "That was the one thing Caroline had through this whole ordeal was her positive attitude. And that really went a long way.” 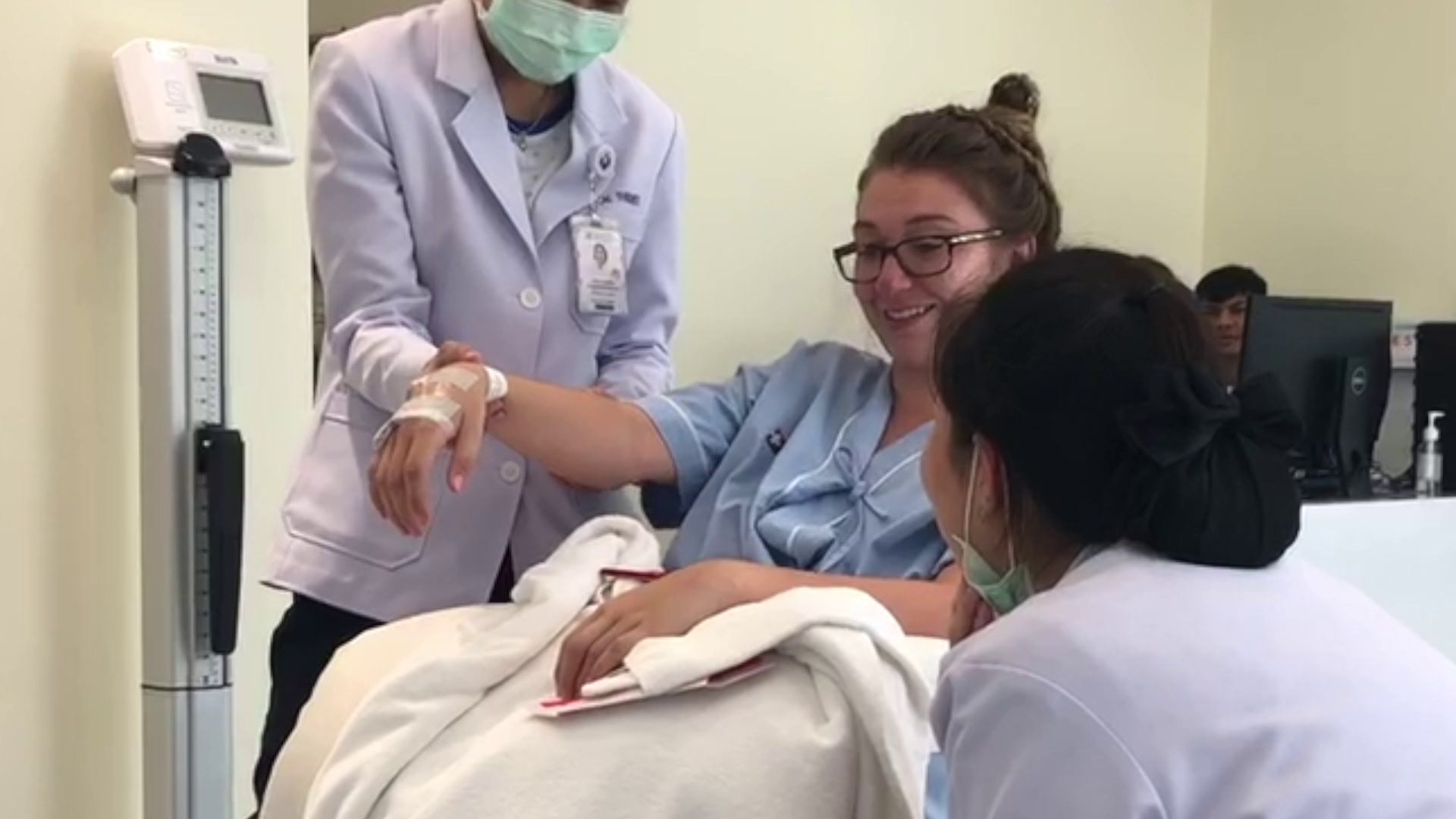 Since Caroline returned home, she working daily with doctor’s appointments and physical therapy, pushing her body as far as she could go.

"Recovering was fast, but hard all at the same time," Caroline said.

Caroline, her mother and friends are training to run in the upcoming Monument Avenue 10K on Saturday, April 13.

Caroline said she will be forever grateful for the support during her recovery.

"I feel so thankful and I could not do this without everyone's support," Caroline said. “My friends, family -- even strangers.”

Caroline is determined to keep pushing her body and mind to the limit, so she is prepared when she moves to Wyoming next month.