A British heavyweight boxing match ended in chaos after a fighter bit his opponent and was disqualified on Saturday.

The 10-round bout between David Price and Kash Ali at Liverpool’s M&S Bank Arena came to its abrupt conclusion in the fifth.

After taking a punch from Liverpudlian Price, the 27-year-old Ali grabbed hold of his opponent before falling on top of him. He then bit Price near his rib cage. Pictures from photo agency Getty showed a visible mark on Price’s body. 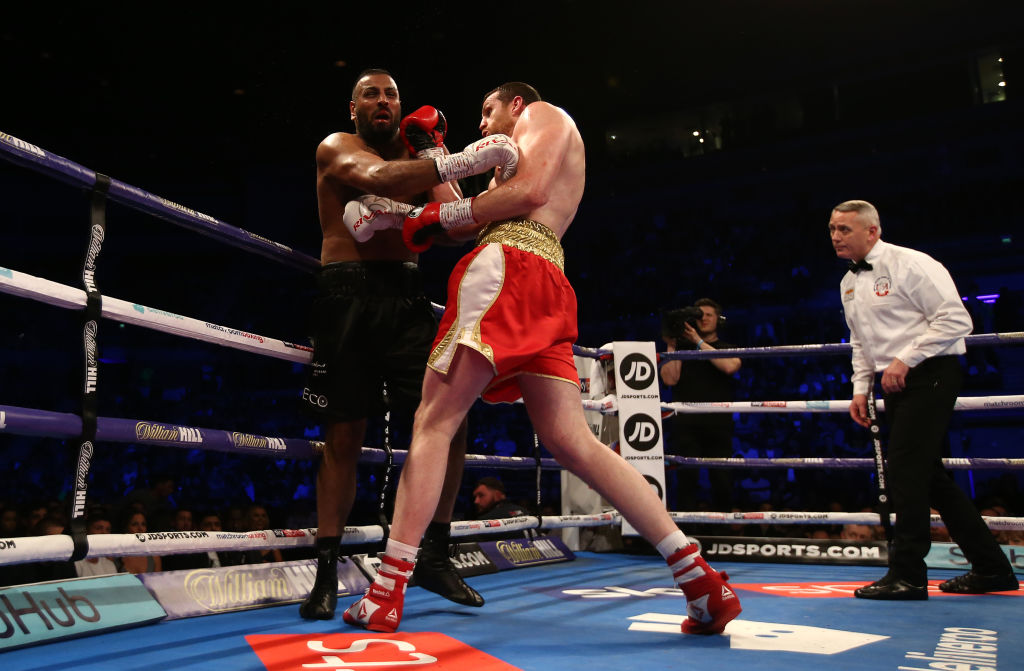 The British Boxing Board of Control’s website says Ali was disqualified, with the win awarded to the 35-year-old Price.

Fans at the venue throw drinks at Ali as he was escorted away from the ring.

In 1997, US heavyweight Mike Tyson famously lost to Evander Holyfield after being disqualified for biting his opponent’s ear. Tyson was fined $3 million and his Nevada boxing license was revoked for one year.

“He gave it away in the press conference that he was going to lose his head,” Price told Sky Sports.

“He was in the fight, he ruined it for himself! I’m not too pleased with my own performance.”