HENRICO COUNTY, Va. -- The Arvin family in Henrico's West End will be planted in front of the big screen Friday night to cheer on their favorite team during the NCAA tournament.

The Virginia Tech Hokies will take on the top-seeded Duke Blue Devils in the Sweet 16 for a chance at appearing in the Elite 8.

In Blacksburg is where Stephanie and Charles Arvin began dating and ultimately married in the middle of their junior and senior years.

The Arvin's connection to Virginia Tech surpasses their relationship, as well.

Charles' aunt's father was Julian Ashby Burruss, the university's 8th President and the administration building is named in his honor.

"We go way back," he exclaimed.

The Arvin's passion for Virginia Tech is clearly obvious -- a large inflatable Hokie Bird is in their front yard.

"It was piecemeal," Stephanie said of how her family accumulated so much Hokie gear. "We knew we wanted the pool table with maroon and orange lights."

She joked, "We have actually run out of places to put things." 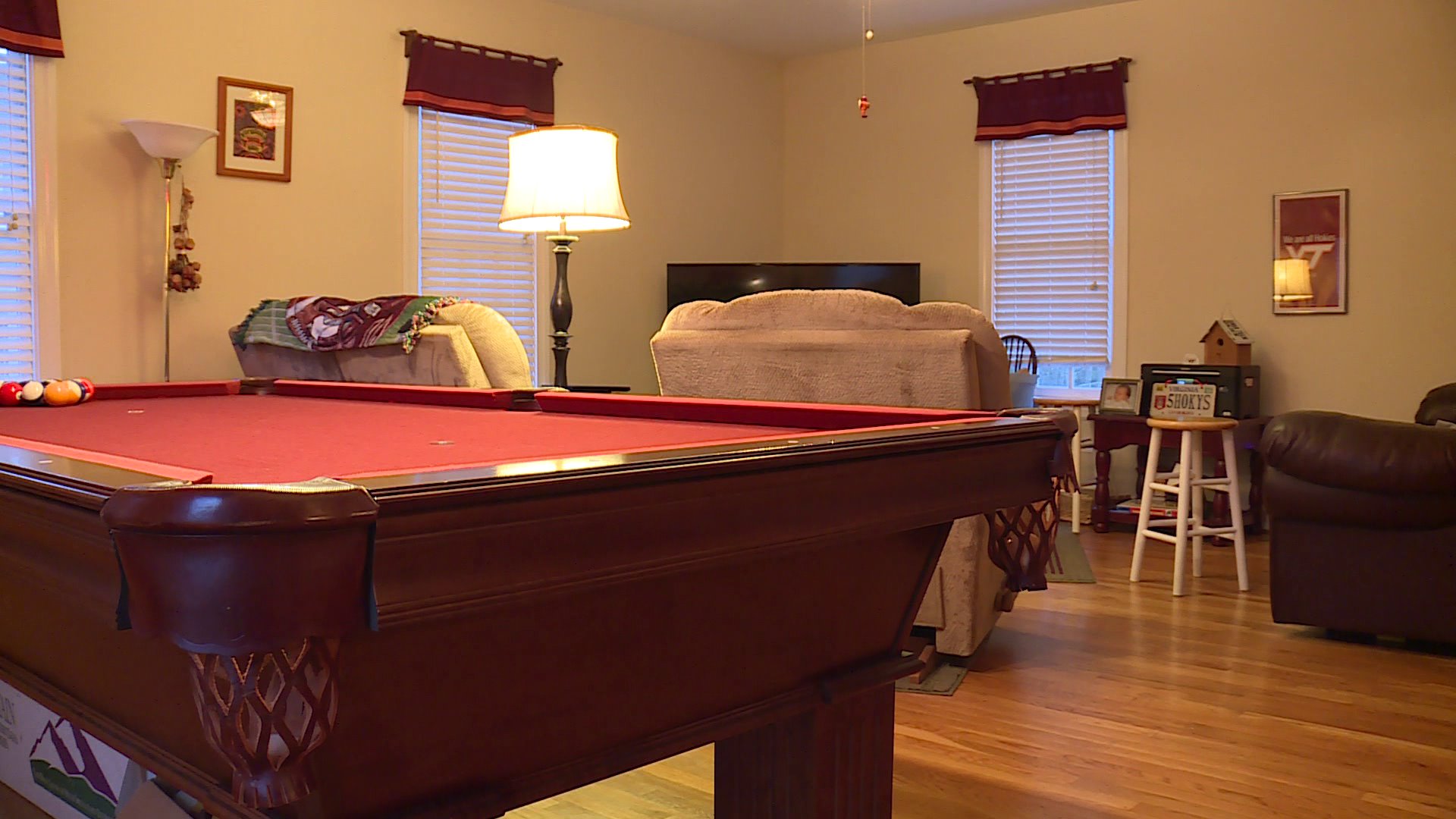 But the Arvin's see the university more than 200 miles away in the Blue Ridge Mountains as their connection to family.

"Virginia Tech is family - always has been from when we first started going and started our own family," Stephanie said. "To the connections that you make and still today. We've made more Hokie alumni fans here in Richmond and still go to games tailgate and love being part of the alumni."

The couple are also encouraging their grandchildren to attend their alma mater in a decade or so. Their oldest grandson, Levi, is six years old.

"Virginia Tech has definitely rallied the family together, so we can have a good experience together," their son Chris Arvin stated.

No matter how Virginia Tech performs in Friday night's game, the Arvin's will still be cheering them on.

"We are Hokie fans through thick and thin," Stephanie said. "So, it doesn’t matter if it’s a losing season or a winning season we are going to be Hokie fans."