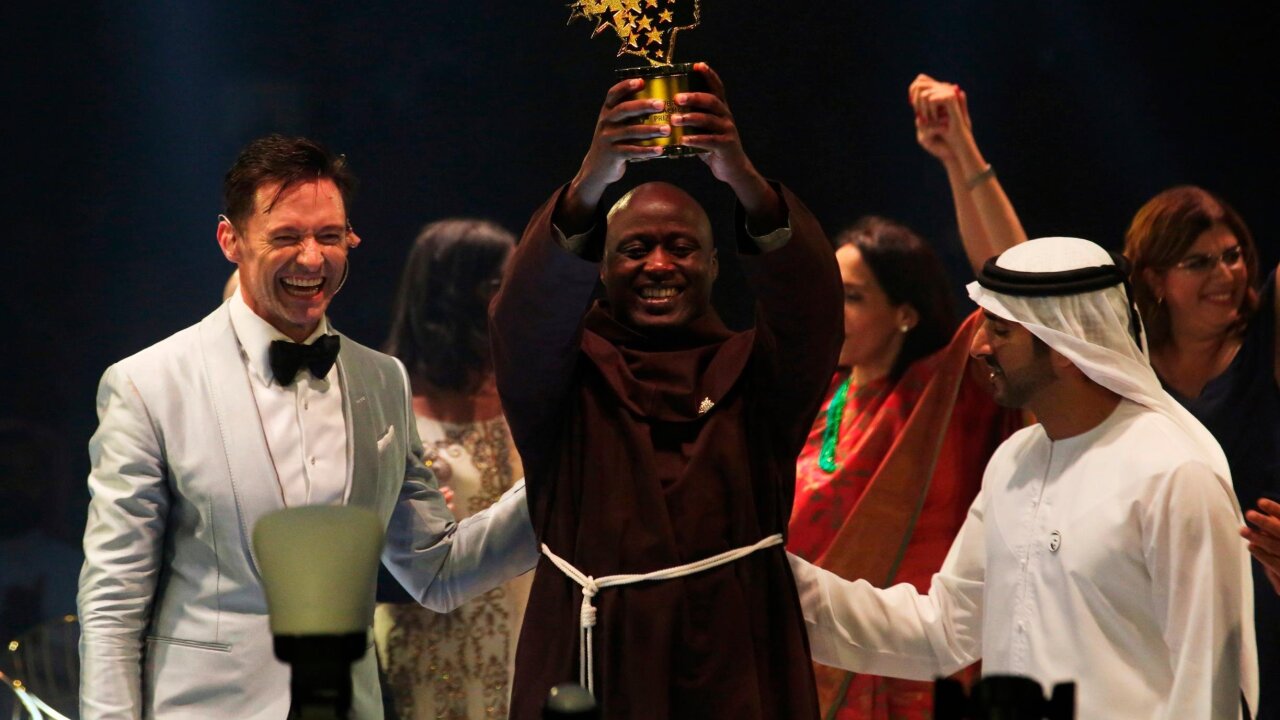 A math and physics teacher from rural Kenya, who gives away 80% of his monthly income to help the poor, has won a $1 million prize.

Peter Tabichi, who is also a Franciscan brother, was awarded the Varkey Foundation Global Teacher Prize on Sunday.

He teaches at a rural Kenyan school in Pwani Village, with only one computer, poor internet and a student-teacher ratio of 58:1. Nearly all his students are from poor families, and almost a third of them are orphans or have only one parent.

Tabichi gets online educational content by visiting internet cafes and using them offline in class, according to his profile from the Varkey Foundation.

He guided the school’s science club, in which students now compete in national and international competitions. The mathematical science team qualified to compete the INTEL International Science and Engineering Fair this year in Arizona. His students also won an award from the Royal Society of Chemistry after using local plant life to generate electricity.

“Everyday in Africa we turn a new page and a new chapter. Today is another day,” Tabichi told the foundation. “This prize does not recognize me but recognizes this great continent’s young people.”

Tabichi’s students face many challenges, including food scarcity, drug abuse, teenage pregnancies and young marriages. Yet at the Keriko Mixed Day Secondary School where Tabichi teaches, enrollment has doubled over three years and more of the students are going on to college, according to his profile.

“You have to do more and talk less,” Tabichi said.

He accepted the award from actor Hugh Jackman, who hosted the ceremony in Dubai, United Arab Emirates.