So why is Richmond’s best crime reporter in Arizona this weekend? It’s not for a story, and fortunately for us, it’s not for a job interview.

But the trip is a big deal, and the culmination of something that the Crime Insider has been working towards for years.

On Saturday, Jon walked across the stage at the University of Phoenix’s March commencement ceremony, and accepted his bachelor’s degree.

It was a joyous end to a long journey.

Jon enlisted in the Navy after graduating from high school in 1995. He served five years, and was bitten by the journalism bug while working for the American Forces Network, the broadcast service of the U.S. military.

After spending time overseas, Jon returned to the states, and was able to get a part time job as a photojournalist at WBFF, the Fox affiliate in Baltimore.

He loved the news business, but didn’t have a lot of free time. 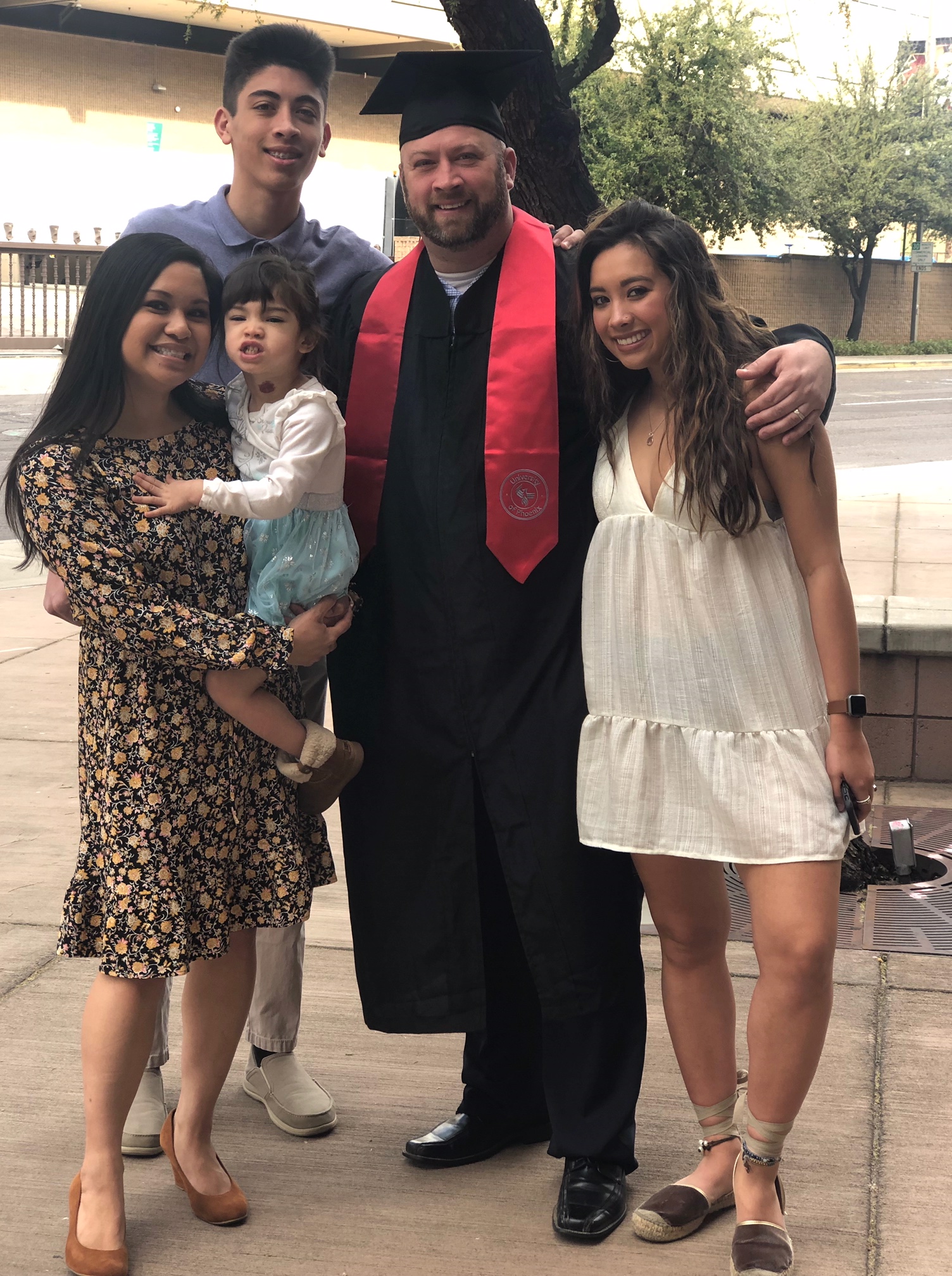 In Baltimore, Jon became a skilled photojournalist. But the Chesterfield native wanted to come home, and that happened about the time he left the service, when a job became available at CBS 6.

Jon started as a photographer, shooting and editing video for newscasts and reporters. But a natural storyteller, he was soon given the chance to report on his own. Nearly two decades later, he has become the backbone of our newsroom.

Despite his many accomplishments, Jon had one goal that for years went unfulfilled.

He wanted to graduate from college.

So in 2009, he turned his attention towards getting a degree, and started taking classes online. Because of his military service, Jon had the GI Bill to help him cover the cost of tuition. But he waited too long to use it, and it expired in 2010, 10 years after he was discharged.

“I’m listening to a Redskins Monday Night Football game, and Jim Gray is interviewing Larry Fitzgerald,” Jon said. “At the end, Fitzgerald starts talking about his ‘Focus to the Finish’ scholarship.”

According to the University of Phoenix website, Fitzgerald, a Pro Bowl wide receiver for the Arizona Cardinals, created the scholarship for people who have, for various reasons, had to put the dream of getting a college degree on hold.

Jon applied, and wrote a letter telling his story.

And unlike many who receive online degrees, Jon got to wear a cap and gown.

He rented a big SUV and drove his entire family out to Phoenix for the graduation ceremony. Jon’s wife, Malorie, daughters, Sophia and Clara, son, Austin, and his in-laws were all in the crowd Saturday, proudly cheering him on.

His entire CBS 6 family is proud of him too. Congratulations, Jon!