RICHMOND, Va. -- From the days when Dr. Naismith hung peach baskets in the Springfield Massachusetts YMCA, the sport of basketball at its core is still the same.

Get the ball through the hoop and score.

Sure the Dukes and Warriors of the world are playing a game Naismith might find completely foreign, but the fundamentals and rules are the same for everyone.

Even if the movement is different.

"Basketball is a great tool in adaptive sports," explained Sportable's Director of Programs Forrest Lodge. "And any sports setting for athletes to get involved, work as a team, work towards a common goal."

That's just part of the mission of the Sportable Spokes, the wheelchair basketball team for high school-aged children in Central Virginia. For many of them, it's a chance to be around people who might have different afflictions but are in the same situation.

"It just changes their world," said Spokes head coach Megan Anderson. "Now then have peers that are just like them and they're not the odd man out. They're not different. Everyone is the same." 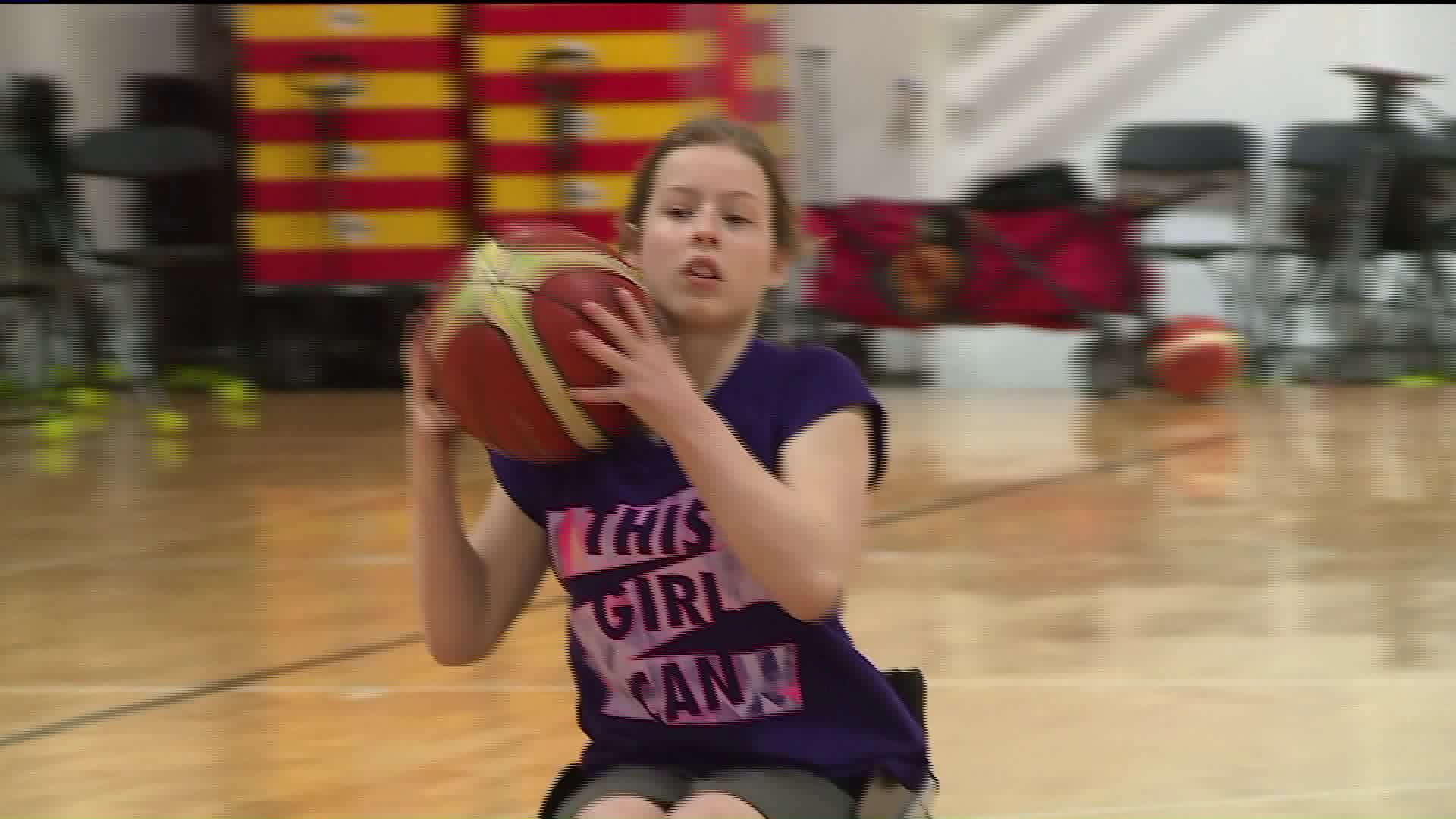 "I used to go to physical therapy to learn how to walk, and my therapist told me about Sportable," said Traquan Dunn. "I came to a practice when they used to practice at UTurn, and it's changed my life ever since."

Traquan Dunn lost his leg at the age of 13. He had to learn a whole new version of normal and playing basketball has been a big part of that, even if it didn't come easy at first.

"It was really hard. I had to learn how to push my chair. So, it was pretty hard. But once you get doing it, you get the hang of it."

"I myself can get pretty aggressive," added teammate Hannah Smith. "I've flipped people over a lot. But we always try to be safe and not hurt anybody too bad."

"If you flip someone over, it's usually a foul... if it was your fault."

Hannah Smith is the only girl on the team. She has been in a wheelchair since she was six but started playing basketball one year later and has not stopped.

"I love basketball," Smith continued. "It's my passion and I plan to pursue this for as long as I can."

"She's a very unselfish player out there," Anderson said of Smith. "She has no problem getting out there and doing all of the grunt work. It's the thankless jobs that she does."

Hannah's unselfish nature extends off the court as well. Two years ago, when a hearing impaired teammate was having trouble communicating, Hannah took it upon herself to learn sign language so that teammate had someone to talk to.

"He was so excited that someone could communicate with him in his own language," Smith said. "It's really like nothing else."

And that's the feeling the Spokes hope to share with anyone feeling limited by a disability. Inclusion... and ignoring barriers both physical and emotional.

"It's so much more than just sports," Anderson explained. "It gets people connected with what they're capable of doing. Society has a tendency to tell people who are disabled that they can't do stuff."

"Nothing can stop you if you put your head to it," Dunn said. "My message to everybody is to keep trying. Keep pushing until you find what you're good at.

"There are times when I wish I could be out there doing something that I can't do," Hannah added. "But I would just say, just embrace who you are. I think God has made us all with the purpose that we were designed for and just embrace that."

The Spokes finished ranked 16th in the nation by the National Wheelchair Basketball Association. They will travel to Chicago for the Junior National Tournament on March 27. They will face the top-ranked team in the nation out of Houston, Texas.