Driver charged in semi crash that spilled diesel, closed I-95

CHESTERFIELD COUNTY, Va. -- The driver of a tractor-trailer is facing charges after he crashed along I-95 south near the Chippenham Parkway in Chesterfield County Saturday.

Officials said troopers were called to the single-vehicle crash at exit 67 just before 4:45 p.m.

"The trooper's preliminary investigation reveals that the tractor, driven by, Jonathan S. Bass, 53, of Hollywood, FL., was traveling southbound I-95 when he veered left and struck the jersey wall," Sgt. Keeli L. Hill with
Virginia State Police said. "The damage to the tractor has caused a large quantity of diesel fuel to be spilled across the roadway."

Bass, who was wearing his seat belt, was checked at the scene, but refused to be taken to an area hospital, Hill said.

Bass was charged with reckless driving, failure to maintain control.

Crash blocking all lanes of I-95 south near Chippenham Pkwy. (mm 67) in @ChesterfieldVa. Drivers should use an alternate route until further notice. Expect delays. #Cfield #RVAtraffic

Troopers said the interstate would be closed for "an extended period of time" as crews work to cleanup the spill.

"Drivers should use an alternate route until further notice," VDOT officials warned just before 5:30 p.m. 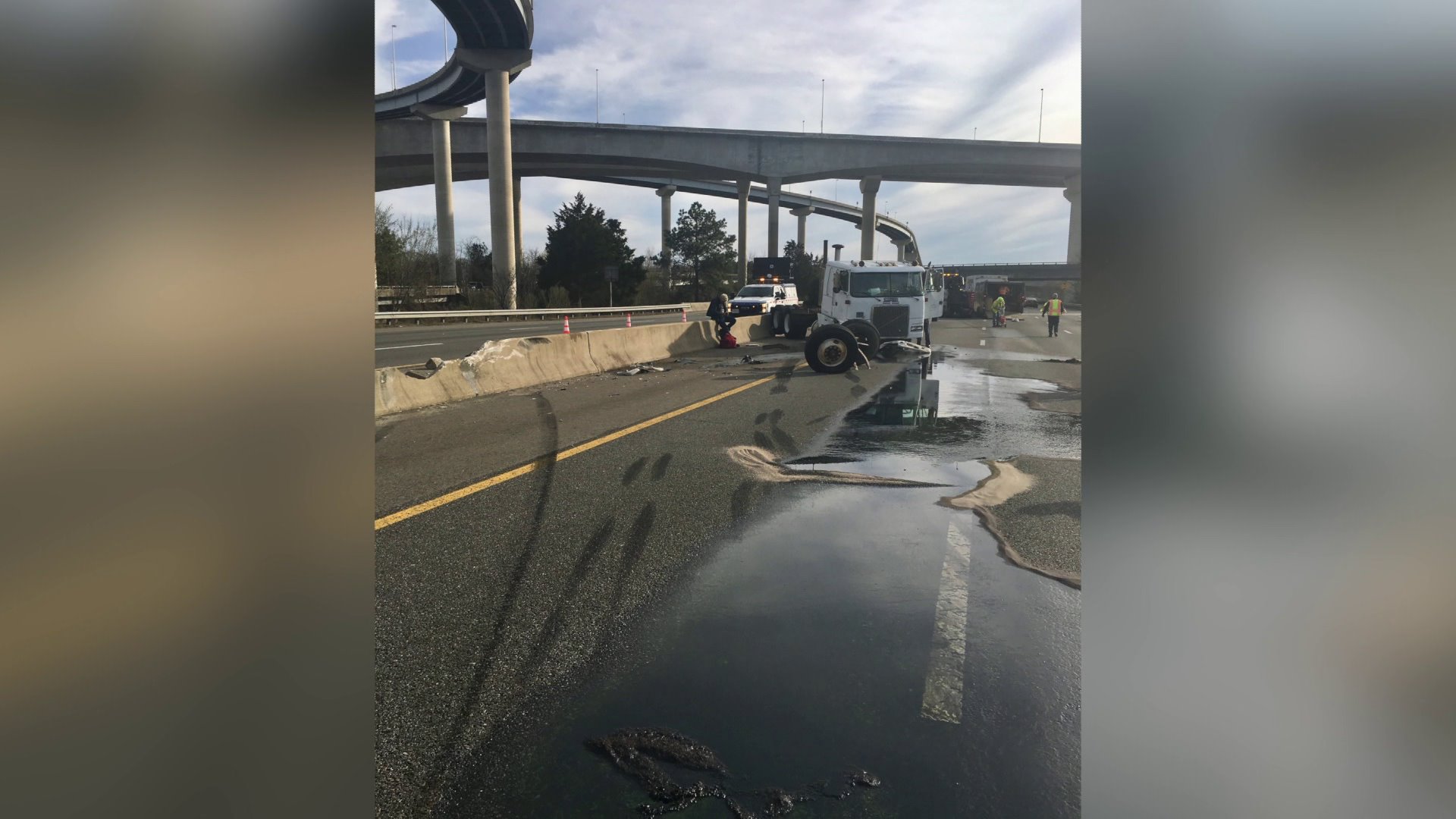