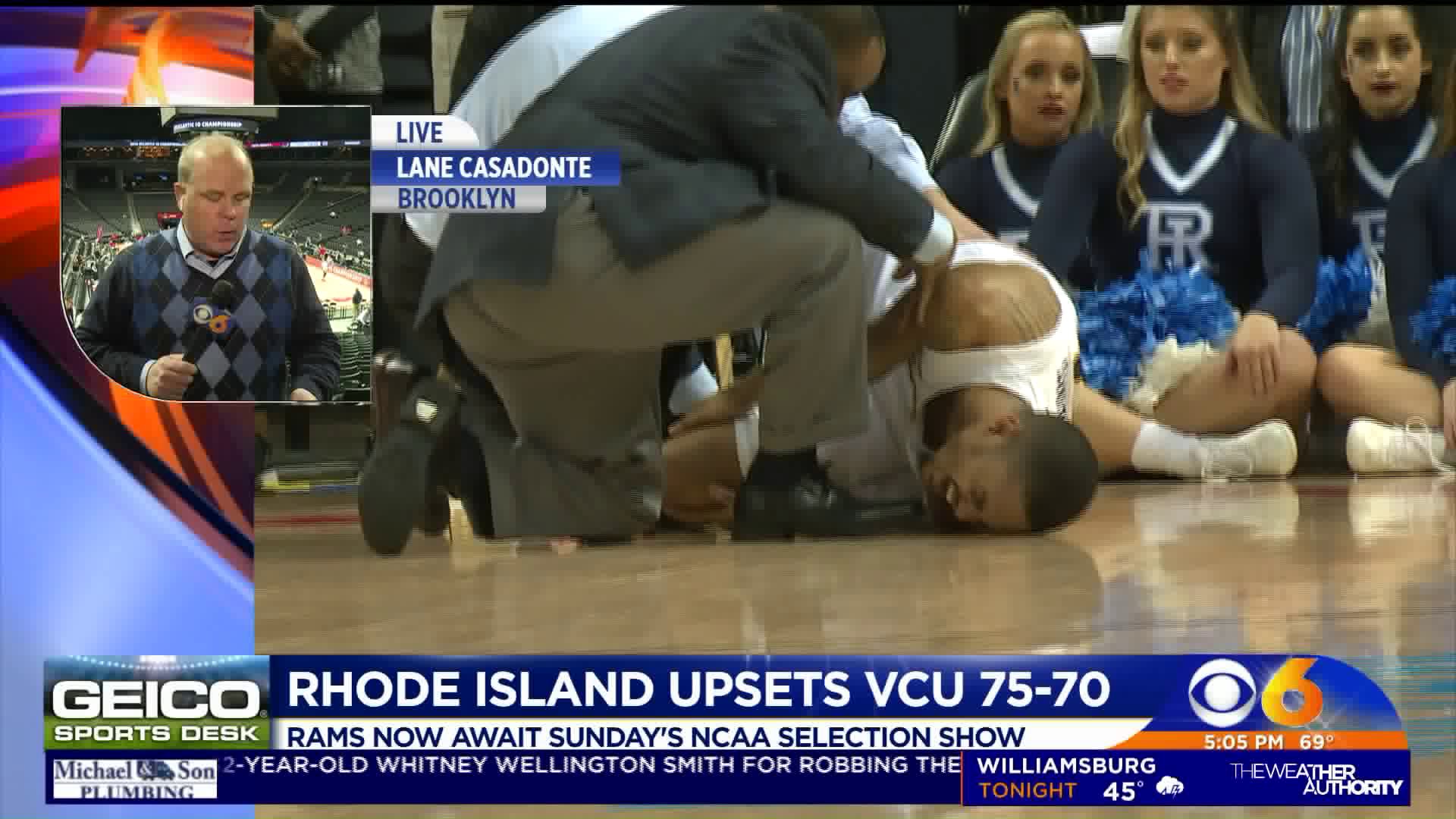 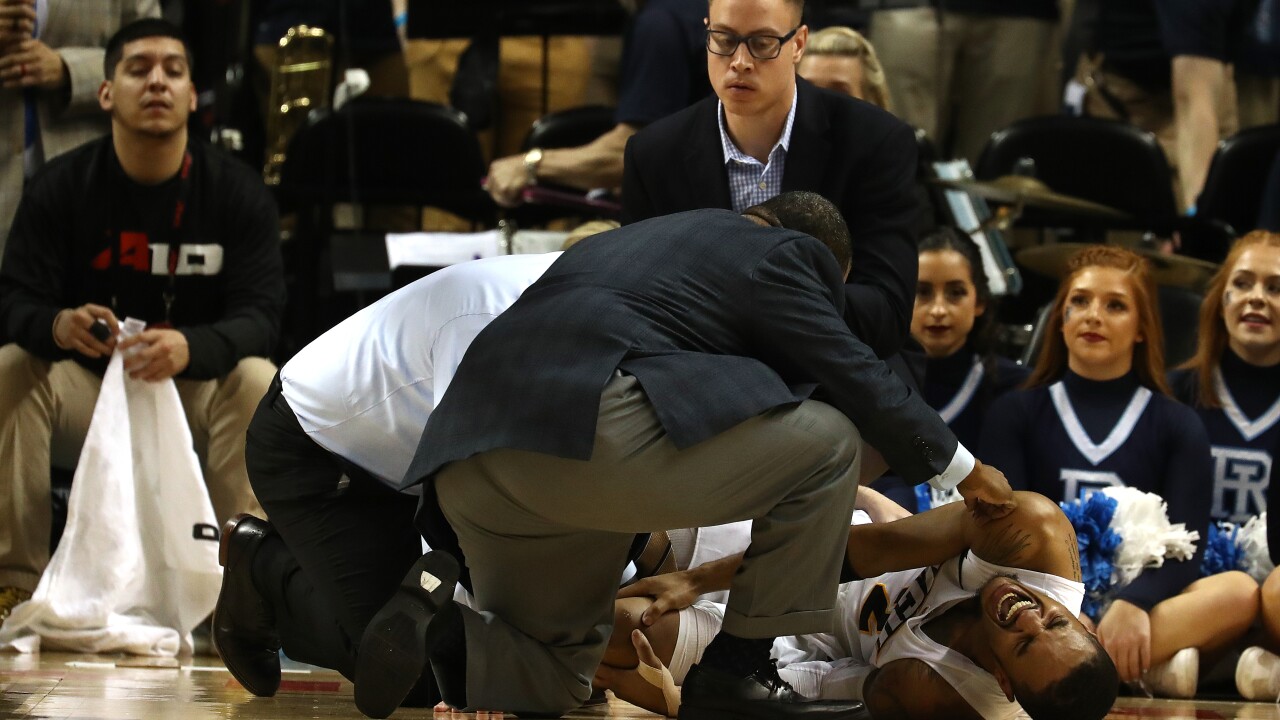 BROOKLYN, N.Y. -- This is not how Ram Nation planned on spending their weekend.

VCU lost a game and their best player on the Barclay's Center floor Friday afternoon in a 75-70 upset at the hands of the 8th seeded Rhode Island Rams, one of just two teams to beat VCU in the A-10 regular season.

VCU held an 8 point lead with just over 6 minutes to play in the first half when First Team All A-10 guard Marcus Evans came up with a steal and went for a layup. He was fouled on the play but landed awkwardly on his left leg and crumbled to the floor in obvious pain.

Evans had to be helped off the court, but would eventually return to the bench on crutches in the second half.

"Sounds like a deep bone bruise," said head coach Mike Rhoades. "They felt the stability was ok. So, we'll get back to Richmond and evaluate it more with our doctors."

"You're not getting an excuse out of me," Rhoades continued. "But yeah, it stinks. You want to be in a conference tournament game with an all-conference player and your emotional leader. But that's how it goes."

Despite the absence of Evans, VCU still kept the game tight for the remainder of the afternoon. But Rhode Island was able to build an 8 point lead with 5 minutes to play, behind 22 points from Jeff Dowtin and 13 from Tyrese Martin, that VCU was unable to overcome.

"Injuries like that to your main guy can hurt the team, but we just kept saying 'Next man up,'" said Marcos Santos-Silva who had a career night with 26 points and 20 rebounds. "Let's do it for him (Evans). But we just failed to accomplish our mission."

The loss ends VCU's 12-game winning streak and marks the first time since 2001 they failed to win a conference tournament game.

"A loss better hurt you," Rhoades told his players afterward. "If you don't learn from a loss, you're not a real player. This is not what we expected or what we wanted, but I can't wait to get back on the court with our guys."

To a man, the Rams all believe they have done enough despite this loss to hear their names called in the NCAA selection show on Sunday night.

"I think we've done enough," Santos-Silva said. "Right now, this is going to hurt for a little while, but once we get back in the gym, we'll be fine."