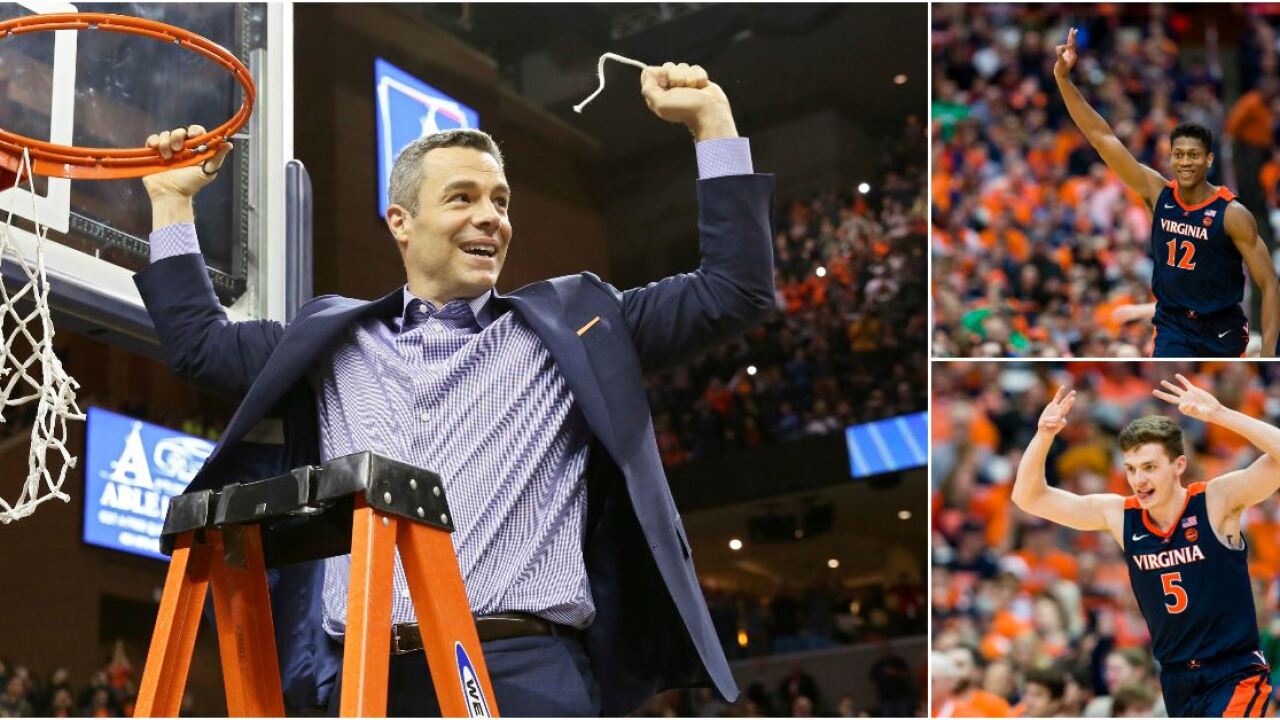 “Tony Bennett is the repeat selection as ACC Coach of the Year after leading the Cavaliers to a 28-2 overall record, a 16-2 league mark and a share of the ACC regular-season title,” a league spokesperson announced.

Head coach Tony Bennett of the Virginia Cavaliers cuts down the net after winning a game against the Louisville Cardinals to a clinch a share of the ACC regular season title at John Paul Jones Arena on March 9, 2019 in Charlottesville, Virginia. (Photo by Ryan M. Kelly/Getty Images)

Virginia is the No. 1 seed headed into this week’s ACC Tournament.

“The ACC Coach of the Year honor is the Bennett’s fourth since he took the helm at Virginia prior to 2009-10 season,” the league spokesperson continued. “He was also recognized in 2014 and 2015.”

Virginia Tech’s Nickeil Alexander-Walker was placed on the Third Team.