Tornado-ravaged Alabama braces for another weekend of severe storms

The worst may be over for Alabama -- but much of the state will be drenched this weekend in another round of severe weather.

Severe storms will unleash heavy winds, rain and thunderstorms on northern parts of the state Saturday afternoon through Sunday morning, and will include a "risk of isolated tornadoes," the National Weather Service said.

The county hardest hit by last weekend's tornado, Lee County, is in the southeast part of the state.

Storms forecast across the South

Tornado risks and severe storms are forecast across the South. While they will likely not hit areas devastated by Sunday's tornadoes, "you can't rule out the possibility of storms moving into the region," CNN meteorologist Derek Van Dam said.

Heavy rain and thunderstorms will swipe across the Great Plains on Saturday, according to the National Weather Service, passing east of the Mississippi Valley by night. Northern Mississippi and eastern Tennessee will bear the brunt of the storm throughout Saturday.

Cities at risk include Memphis and Nashville in Tennessee; Southaven, Mississippi; and Louisville, Kentucky, the National Weather Service Storm Prediction Center said in a tweet Saturday.

By Saturday afternoon, there were reports of "major damage" in the Shreveport, Louisiana, area after tornadoes were spotted on the ground, and some damage reported to the north in Howard County, Arkansas, CNN affiliate KTBS reported.

Southern Alabama may see some isolated thunderstorms Sunday afternoon that will force their way into Georgia and South Carolina, according to the weather service, which warned of "occasional wind damage." 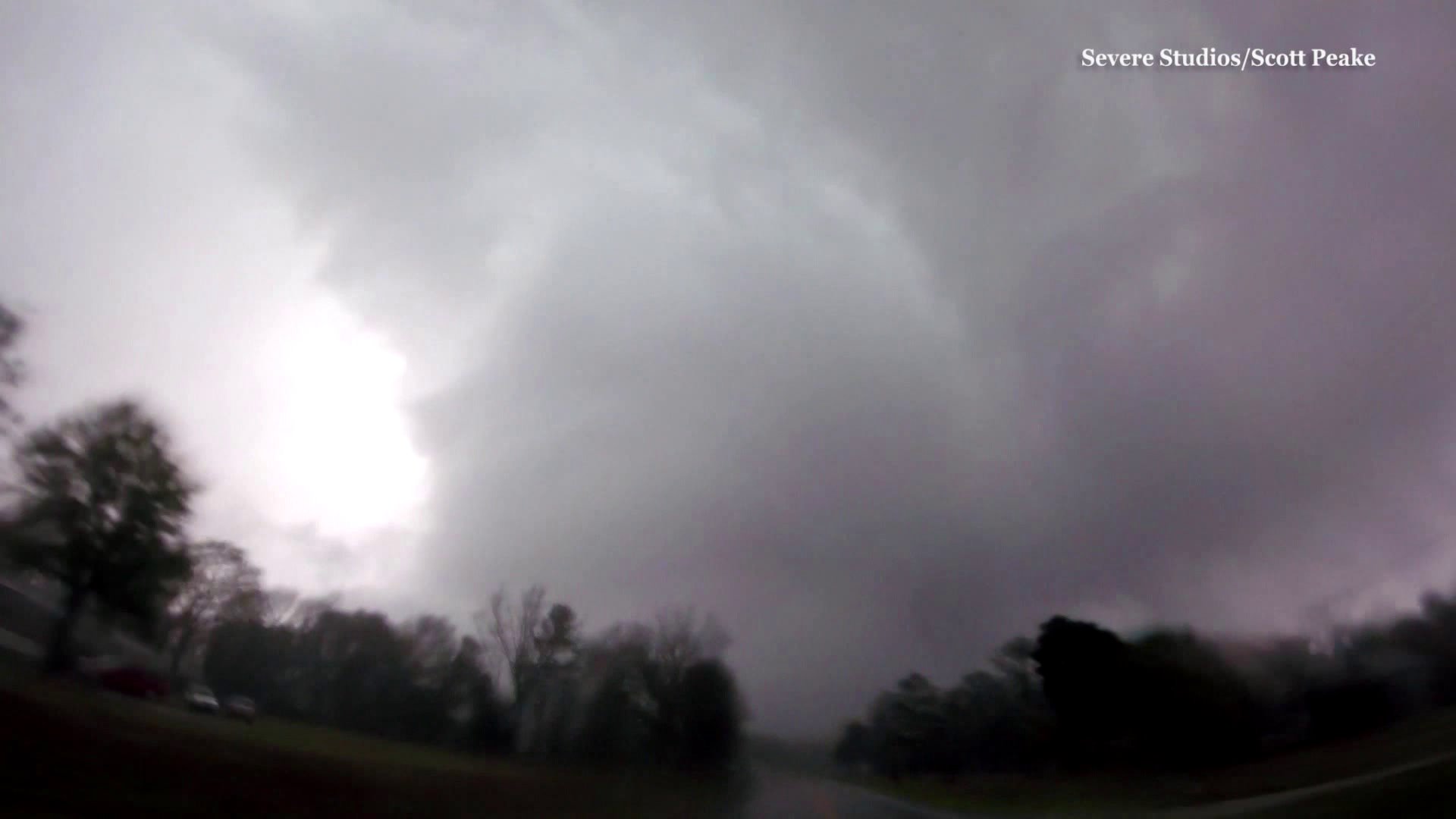 The number of tornadoes that hit Alabama on Sunday was raised to 12, Chris Darden of the National Weather Service office in Birmingham said at a news conference Sunday. About 30 tornadoes hammered the Southeast that day, he said.

"It's usually April when we see these devastating tornadoes," he said.

President Donald Trump visited Lee County on Friday, touring some of the hardest-hit areas and meeting with residents and officials, including Alabama Gov. Kay Ivey. Sunday, the state's flags will fly at half-staff until sundown to honor the victims, who ranged in age from 6 to 89.