COLONIAL HEIGHTS, Va. -- A large police presence was reported in a Colonial Heights neighborhood Friday morning. Neighbors saw a SWAT team, HAZMAT crews, and other emergency vehicles outside a home on Hamilton Avenue, off the Boulevard, in Colonial Heights.

A child, wearing protective gear, was photographed in the middle of the street. At least one person was seen taken from the scene in handcuffs.

Those two adults were detained for questioning, according to Virginia State Police. They have not been charged at this time.

“This continues to be an ongoing investigation. There is nothing further to provide at this time,” said a state police spokesperson.

#BREAKING: Large police presence including SWAT and HAZMAT team outside a home on Hamilton Ave. in Colonial Heights. Seeing at least one person in handcuffs. @CBS6 pic.twitter.com/8Rlk3evuHW

"My daughter called me at 6:45 this morning when the police instructed her and the other children to leave their bus stop and walk two blocks to next stop," a Colonial Heights mother, Angela Blalock, wrote in an email witness account. "Both children were taken away by officers and the dad was taken away restrained in an ambulance. The mother was also restrained on the street."

Blalock said the drug investigation happened at the same home her ten-year-old son plays outside of.

"They play outside. All the kids play right here," said Blalock.

Sources said three children were inside the home during the investigation, and taken to the hospital to be checked out. Blalock said her son is friends with one of those children.

"I told my son it was at a different house. I don't know what I'm going to tell him when he gets home, because I'm sure he's going to find out when he gets to school," Blalock said. "It's scary and it's sad. I feel so bad for those kids." 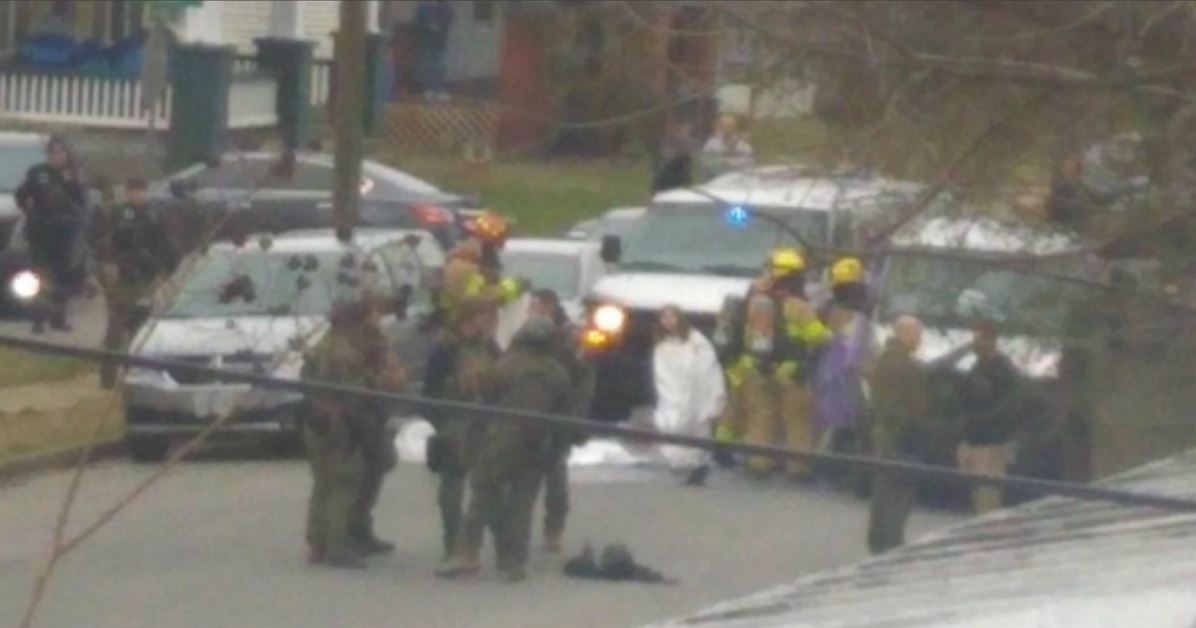