DINWIDDIE COUNTY, Va. -- A Dinwiddie family and their pets escaped their burning home through a bedroom window. Dinwiddie firefighters were called to the house, along the 22000 block of Butterwood Road, at about 1:13 a.m. on Tuesday, March 5.

Dinwiddie volunteer Fire Chief Alvin Langley said an expecting mother, her husband, and their two dogs were inside the home when it went up in flames.

"His wife heard the smoke alarm. She woke him up. He opened his bedroom door and the smoke came in on 'em so they got out the back bedroom window," said Chief Langley. Langley also said the family's four-year-old daughter was not home when it happened.

"Arriving units found a single story home with heavy fire showing from two sides. Crews attacked the fire with multiple handlines and brought the fire under control in approximately one hour," a Dinwiddie Fire spokesperson posted on Facebook. "Occupants of the home were alerted to the fire by a properly operating smoke detector."

The cause of the fire remained under investigation Tuesday morning.

Family and friends were helping those who lost their home to the fire.

In a Dinwiddie home miles from the wreckage, family friend Janna Beth Cunningham said she saw the news on Facebook.

"I just started crying," said Cunningham. "Can’t imagine what they’re going through and I felt so sad for them."

Cunningham owns Starlight Studios and Dance Company in Dinwiddie. She said her daughter, Copeland, dances there with the four-year-old who lost her home.

"She’s going to be so sad. She loves her home," Cunningham said. "Think she’s just going to need a big support system to understand what’s going on. Which I think she’s got that with their family."

But Cunningham hoped to give her even more of a support system than that. She said she will be taking donations at the dance studio located off Route-460 at the Blackstone Exit. She said people can drop donations off anytime Monday -- Thursday from 5 p.m. to 7 p.m. Those interested in making a donation can also reach Cunningham at 804-731-0547.

"Dinwiddie Fire & EMS would like to emphasize that a properly working smoke detector and knowing two ways out of each room resulted in these occupants escaping without injury," the fire spokesperson said. "If you need assistance with a smoke detector or with home fire escape planning please contact DCFEMS at 804-469-5388." 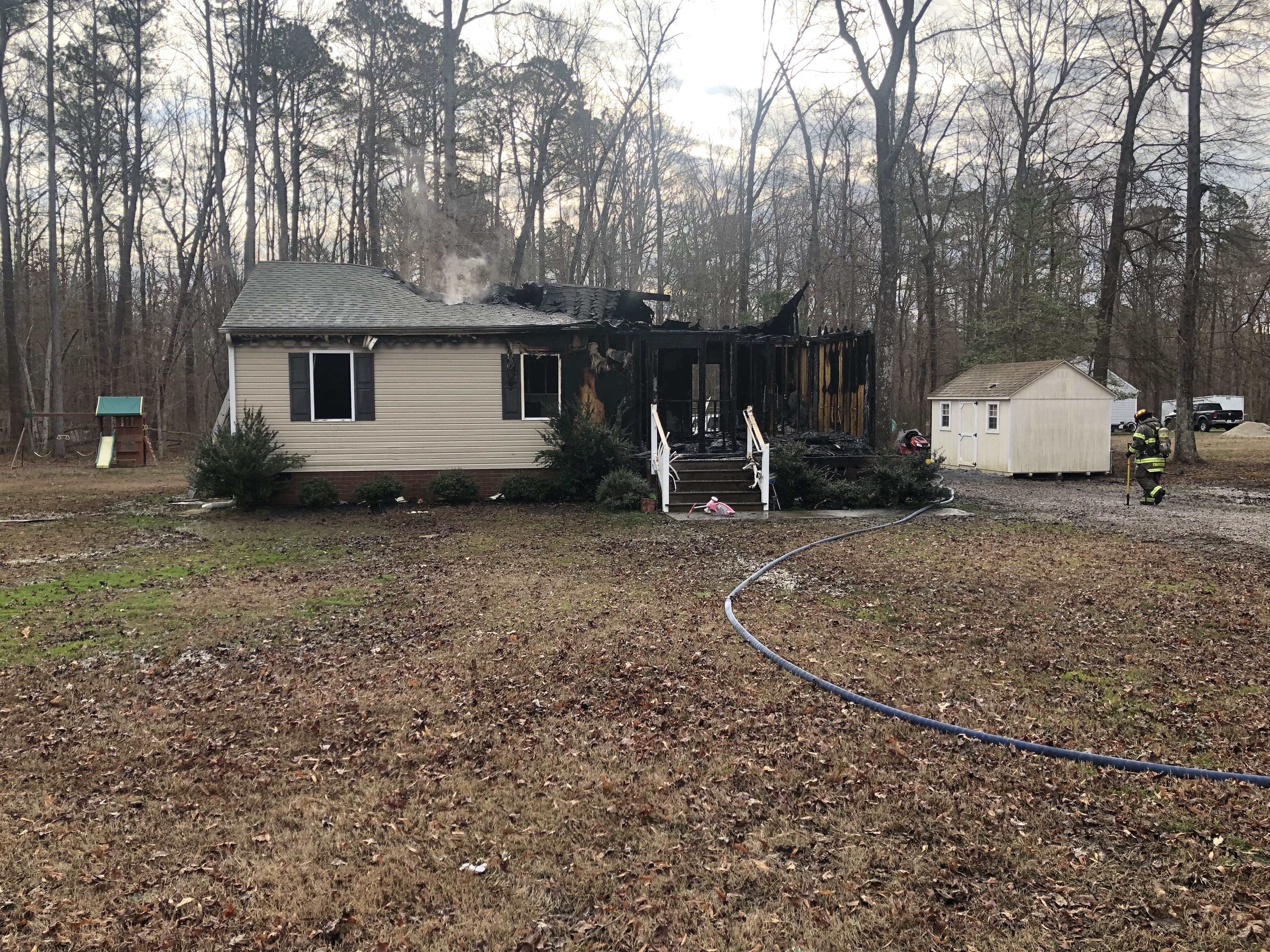