Firefighters save American flag outside burning building: ‘It just felt like the right thing’

HOPEWELL, Va. -- Hopewell Fire Chief Donny Hunter described his split-second decision to save the American flag from its pole outside the Hopewell Moose Lodge as the building burned as feeling " like the right thing" to do. The video of the rescue has since gone viral.

The early Thursday morning fire destroyed the building that had been the home for Lodge 1472 for over 60 years. Hunter said that he made the decision after seeing the Moose Lodge flag fall off its flagpole and into the fire.

“That flag drop which made us realize that the American flag and the Virginia flag were probably getting close to the same fate,” added Hunter.

Hunter, who is the one seen kneeling at the start of the viral video, was assisted in lowering the flag by firefighter Timmy Cibula.

“I saw chief going to get the flag and we work as a team,” said Cibula. “I’m not going to let our fire chief sit there and do that by himself.”

Firefighter Jamie Bridgeman was working the hose and kept the flames away from Hunter and Cibula.

Hunter said that they were also able to save the Virginia flag, but that was not caught on camera. He added that it was a risky thing to do, but added it was one worth taking.

“One as a symbol of the country. Two as a symbol to them to hopefully bring back to them some piece of the building that we were actually losing in the firefight,” added Hunter. “The Moose is an important part of the community and we were truly hoping to give them something back as part of the Moose. They’ve done a lot for us.”

As for their rescue and the video of it going viral, Hunter said that was not something he was thinking about in the moment and did not think anyone else would care.

"It’s kind of neat for little old Hopewell, a 10.8-square-mile department being all over Facebook, social media, and all of the sites that are out there. It is kind of neat. It’s a little overwhelming, but it’s pretty exciting also,” said Hunter. He added that he hopes the flag will find a place in the Moose Lodge once it is rebuilt. 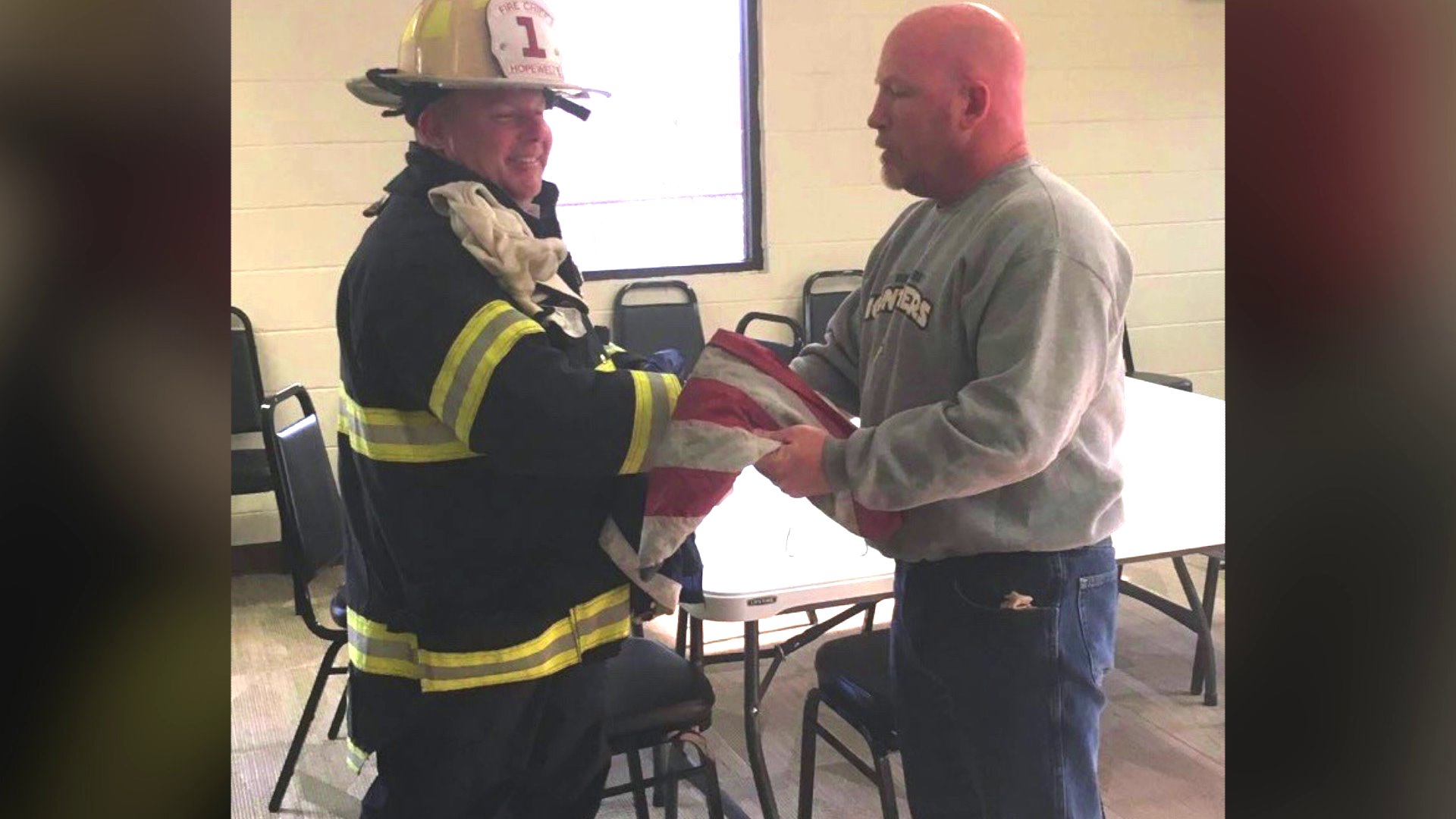