RICHMOND, Va. – The FBI is offering a reward of up to $10,000 for information leading to the arrest and conviction the “Scream Bandit” who is wanted for armed robberies in Richmond, North Chesterfield, and Henrico.

Investigators believe the male suspect is responsible for three convenience store robberies in January and February of 2019.

In all three robberies, the man wore a scream "Halloween style mask" and displayed a semi-automatic handgun before demanding money from the clerk. 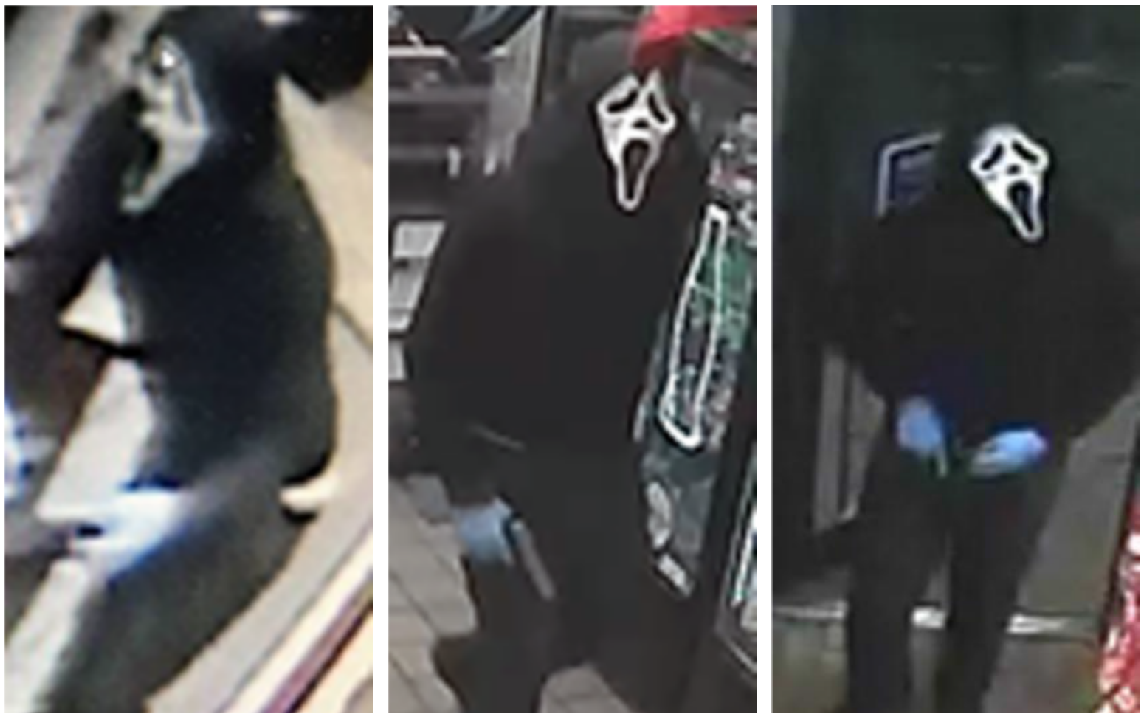 During the Raceway incident, the suspect was unsuccessful in his attempts to get money from the clerk. Police say the suspect fired a shot at the clerk after the clerk followed him into the parking lot. The clerk was not injured.

The suspect is described as a black male, approximately 5’7” tall, 160-180 pounds, and 20-30 years of age. In all of the robberies, he wore a black sweatshirt, dark pants, and blue latex-style gloves.

He is considered armed and dangerous.

Anyone with information about these incidents or the suspect is asked to contact the Richmond Division of the FBI at 804-261-1044 or via TIPS.FBI.GOV with information that may lead to the identification of this individual.