The river level at the Richmond-Westham gauge crested at 16.2 feet on Monday. The last time the river was higher was January 27, 2010 when it crested at 18.1 feet.

Portions of the marina dock at Rocketts Landing were damaged as water rose.

"Water up this high is definitely abnormal. Water above the city dock and into the roadway is abnormal," Max Walraven, owner of the Richmond Yacht Basin, said.

Walraven visited the area to assess the damage and search for sunken boats.

"For the novice boater you don’t want to come out here," he said. "If you’re not used to these kinds of currents definitely not."

As the sun set, Richmonders visited to capture the high waters on their cell phones.

"We wanted to see if for ourselves," Tom Jones stated. "I don’t think I've seen the river this high before. The bridge past the warehouse -- I've never seen water even get close to the bottom of that thing and now it’s covered over."

Jones and his wife have lived in Richmond with their dog Chorizo for the past 10 years.

"We've had dinner up here at The Boathouse and couldn’t really hear the river at all. Now, it’s pretty rippin'," he explained. 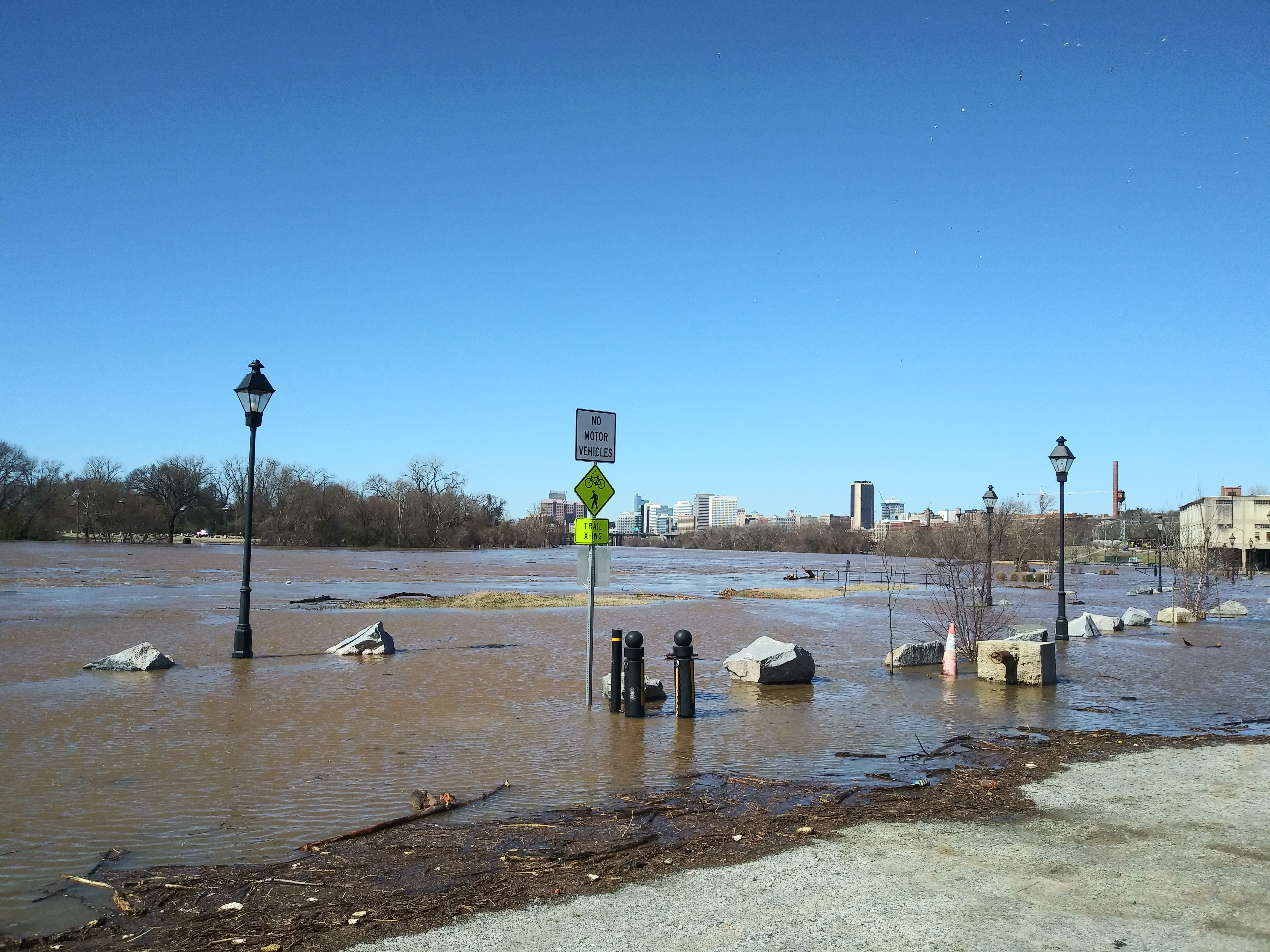