JUPITER, Fla. -- New England Patriots owner Robert Kraft is being charged with two counts of soliciting someone to commit prostitution, stemming from a raid in a day spa in Florida, police said Friday.

The day spa is in the Florida city of Jupiter, and Kraft was picked up as part of an 8-month, multi-agency sting, Jupiter Police Chief Daniel Kerr said.

"There was two incidences," an official in Jupiter told WPTV.

"Charges have been filed, but he has not been arrested," Jupiter police spokeswoman Kristin Rightler said.

The NFL team on Friday denied that Kraft had committed a crime.

"We categorically deny that Mr. Kraft engaged in any illegal activity. Because it is a judicial matter, we will not be commenting further," a representative of the team said.

Officers involved in the sting had been wearing body cameras, and also were involved in ongoing surveillance at the business, Kerr said.

Five day spas were targeted as a part of the investigation: Cove Day Spa and Therapy Spa in Stuart, Bridge Day Spa and Sequoia Apple Day Spa in Hobe Sound and Orchids of Asia Day Spa in Jupiter, according to WPTV.

Martin County Sheriff William Snyder said Kraft is one of around 100 men who would be arrested in the sting.

“I think it’s very safe to say without any hyperbole that this is the tip of the iceberg,” Snyder said. “The tentacles of this go from here to New York to China, in Florida from here to Orange County.”

Kraft took ownership of the Patriots in January 1994. Since then, the NFL team has played in 10 Super Bowls, winning six of them, including this past season. 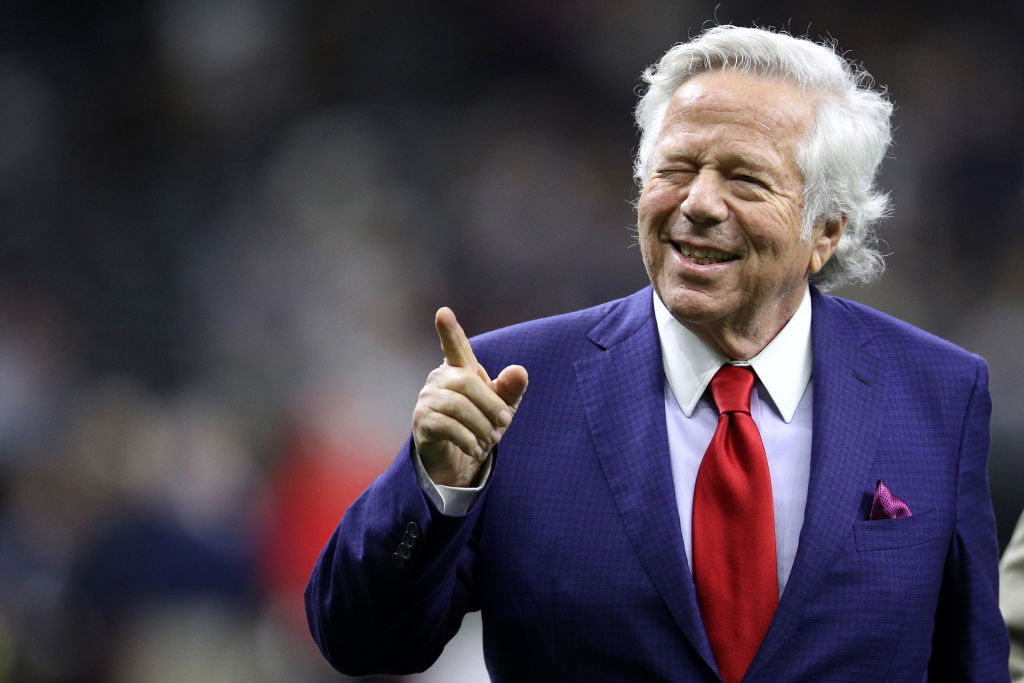