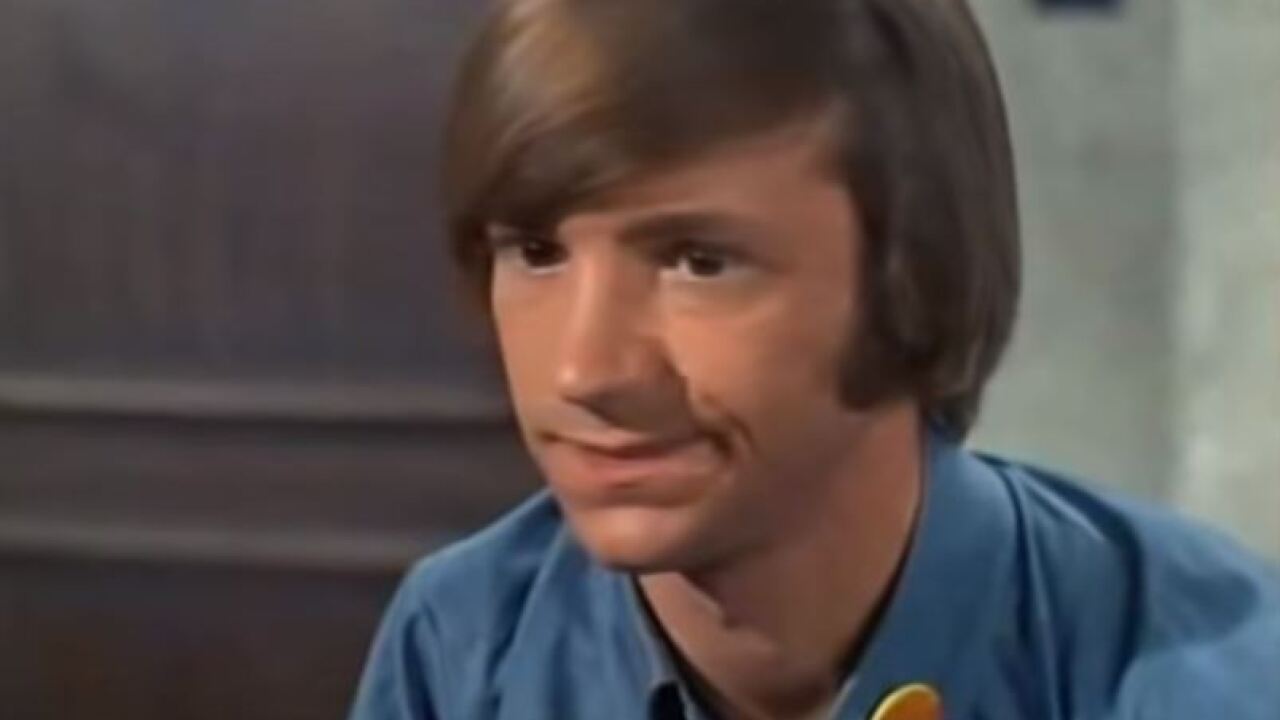 LOS ANGELES — Peter Tork, the bassist for The Monkees and a jokester on the band’s popular 1960s television series, has died at age 77.

Tork’s death was announced on his official Facebook page on Thursday, attributed to his friends, family and colleagues.

“It is with beyond-heavy and broken hearts that we share the devastating news that our friend, mentor, teacher, and amazing soul, Peter Tork, has passed from this world,” the post read. “As we have mentioned in the past, the PTFB team is made up of Peter’s friends, family and colleagues — we ask for your kindness and understanding in allowing us to grieve this huge loss privately.”

It went on to state: “We want to thank each and every one of you for your love, dedication and support of our ‘boss.’ Having you in our world has meant so very much to all of us. Please know that Peter was extremely appreciative of you, his Torkees, and one of his deepest joys was to be out in front of you, playing his music, and seeing you enjoy what he had to share. We send blessings and thoughts of comfort to you all, with much gratitude.”

Tork played bass and keyboard for the popular band known for hits like “Daydream Believer” and “I’m a Believer.”

A cause of death was not specified, but Tork wrote about being diagnosed with adenoid cystic carcinoma in his tongue for the Washington Post in 2009.

“I don’t count myself as being afraid to die, but the news hit me like a fist to the chest,” Tork wrote.

The Monkees came together for their comedy television show of the same name, which ran on NBC from 1966 to 1968. The series followed the adventures of Tork and his three fellow bandmates, Davy Jones, Micky Dolenz and Michael Nesmith.

“There are no words right now…heart broken over the loss of my Monkee brother, Peter Tork,” Dolenz wrote in a tweet Thursday.

Tork left the band shortly after the release of the group’s 1968 movie, “Head,” and tried to strike out on his own with a band called “Release.” He later worked as a high school teacher.

Jones died in 2012 but the remaining band members reunited for reunion tours until 2016. Tork also recorded several solo albums, including “Step By Step” in 2013 and “Relax Your Mind,” which released last year.

“This is not a band,” Tork once told the UK’s Telegraph in 2016. “It’s an entertainment operation whose function is Monkee music,” he told Britain’s Telegraph newspaper during a Monkees’ tour in 2016. “It took me a while to get to grips with that but what great music it turned out to be! And what a wild and wonderful trip it has taken us on!”