RICHMOND, Va. -- Water was left gushing from a fire hydrant after a car ran into it Wednesday morning along the 2100 block Semmes Avenue in South Richmond.

The cause of the two-car crash, which was reported just before 8:30 a.m., remained under investigation.

Fas Mart Manager Shakena Mitchell said she heard the crash while inside the store.

She then came out to find water gushing from underneath a car -- with the driver still inside.

Mitchell said she tried to help get the door open, then ran to the fire station next door for backup.

"I was just scared for her," Mitchell said. "Thought she was going to drown because of the water. She definitely was in shock."

Richmond fire crews said when they got to the site of the crash, the woman was already safely out of the car. Another Fas Mart employee, Valerie Lipscomb, said she followed her manager outside, and helped comfort the woman after she got out of the car. Lipscomb described the scene as something she's never seen before.

Officials on scene said they were looking into whether the hydrant had a faulty valve because water wasn't supposed to gush like that after a crash.

Mitchell said she is thankful it didn't end worse, and she's glad she could help.

"If you’re able to help someone -- whether you're a store manager, an employee, or a passerby -- you know just do what you can," Mitchell said. "I didn’t expect this this morning but I’m glad I was here, and I was able to help to the best of my ability that I was able to. And that no one got seriously injured,"

Neither driver was seriously hurt. This is a developing story. 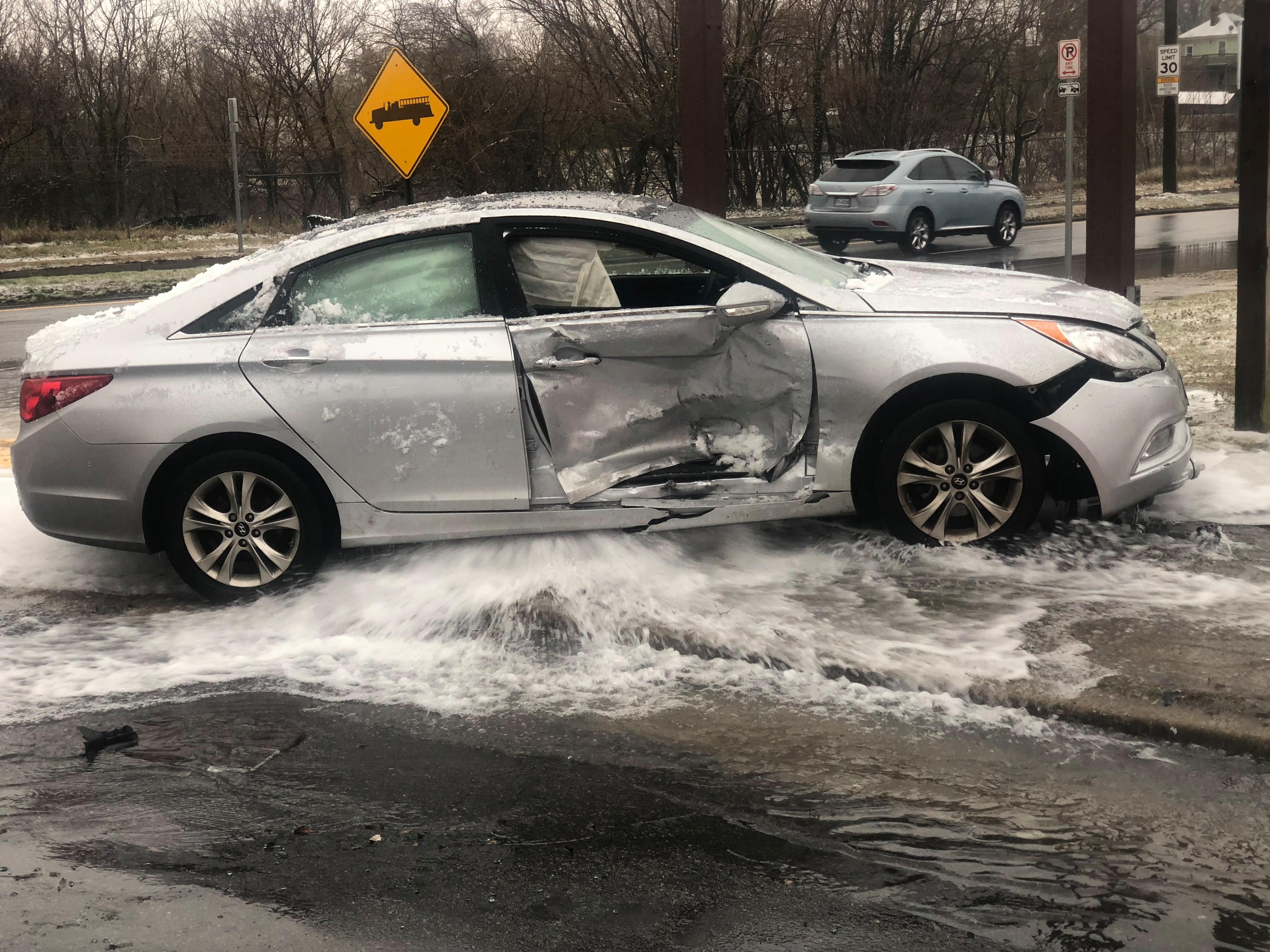