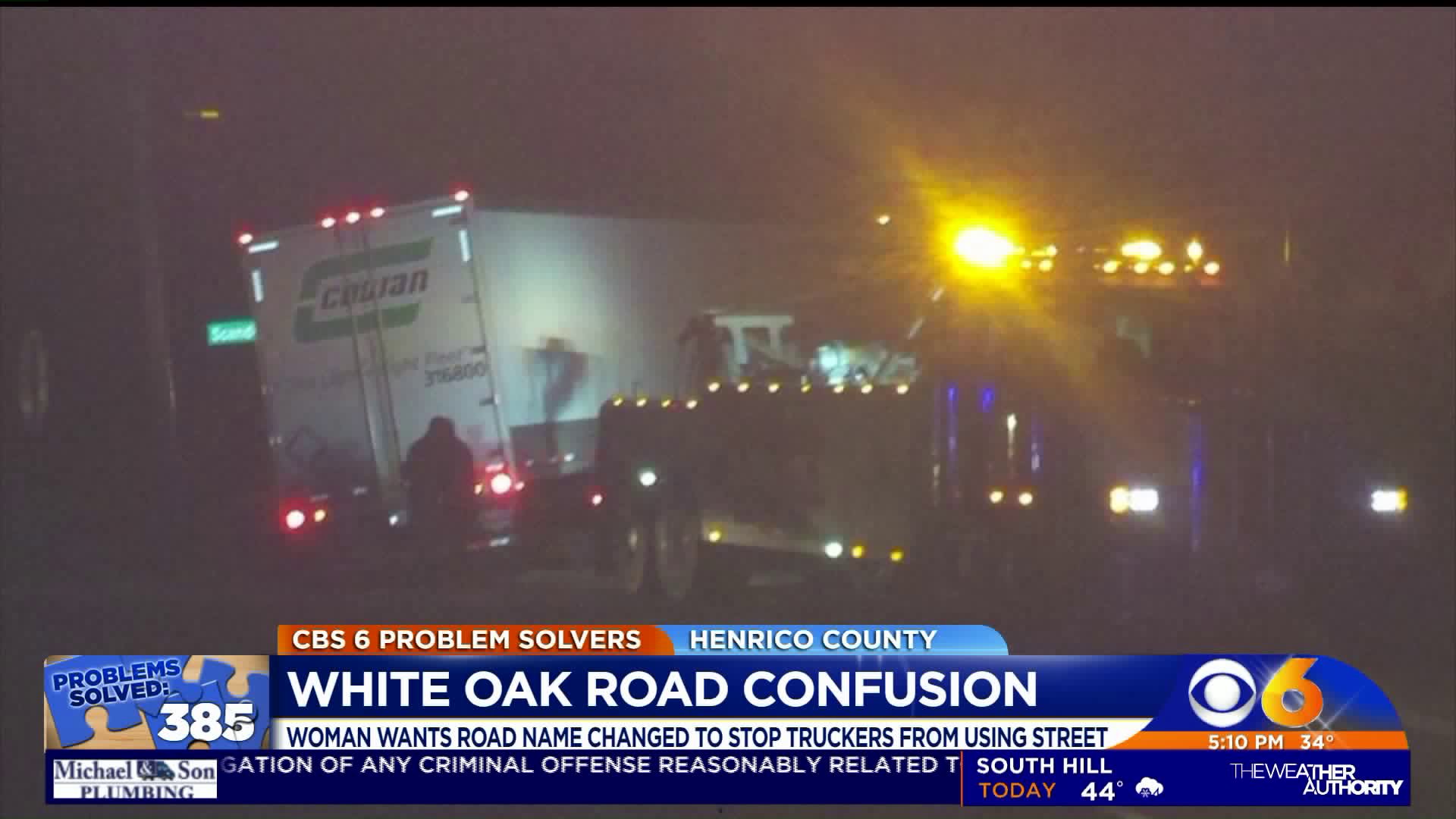 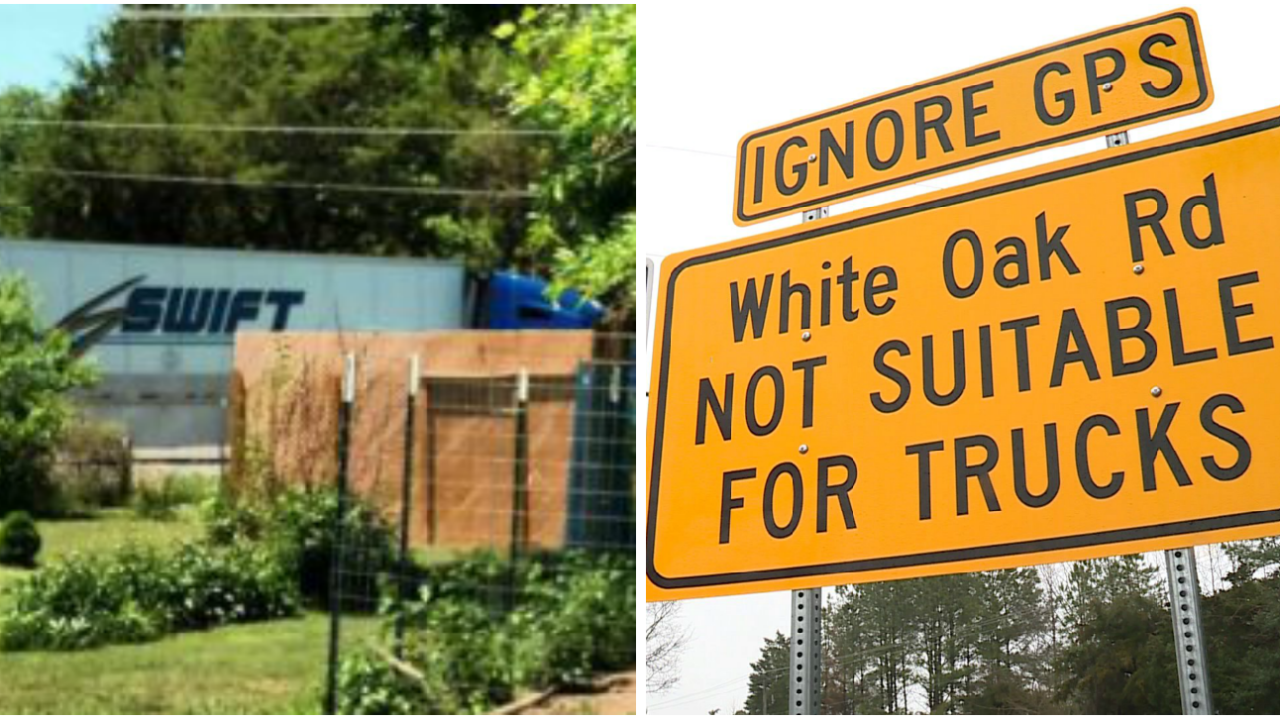 HENRICO COUNTY, Va. -- A woman contacted CBS 6 Problem Solvers saying she's tired of 18 wheelers driving down her road, despite signs that tell drivers not to turn down her street.

Since 2014, Stewart Goodwin has been fighting to keep the big trucks off White Oak Road in the Elko community.

She says she and more than 100 other community members who signed her change.org petition believe it creates a huge safety issue.

“They all express fear of being run over on White Oak Road because of 18 wheelers,” Goodwin said.

Her concerns sprouted up last year when a lumber company opened up in the White Oak Technology Park on White Oak Creek Drive a few miles away.

She discovered the trucks searching for that lumber company were guided by GPS onto her street which has a similar name, White Oak Road.

In 2015, the county restricted truck traffic on White Oak Road. They even put up specific signs that say, “Ignore GPS, White Oak Rd not suitable for trucks.”

Goodwin says she believes it’s because drivers are following their GPS, looking for White Oak Creek Dr. and her road, White Oak Road pops up.

“The only solution is to change the name of that road,” said Goodwin. “I have spoken to truckers… who get confused looking for White Oak Creek Drive and they end up following the GPS onto White Oak Road.”

“It may have some impact, it may not. We don’t know until we do it,” said Nelson. “I think it's going to be a variety of things to decrease trucks in residential neighborhoods. I don't think just one name change alone will do it.”

Nelson says he wants neighbors to know by code, the county must follow a specific process to change a street name. In the meantime, he says they'll continue to work on solutions.