GOOCHLAND, Va. – The Goochland County Sheriff’s office has released images of three woman who vandalized a pillar and sign at the Tuckahoe Plantation with red paint and a message reading "we profit off slavery” on Monday afternoon.

An anonymous group claimed responsibility in a news release Monday saying, “the demonstration at the plantation serves as a poignant reminder of Virginia's troubled history.”

The suspects painted the message “we profit from slavery” on a pillar next to the driveway and on a Virginia Historical Marker. The message in "red paint resembling blood" refers to the “location’s exploitation of its dark history” according to the anonymous release. 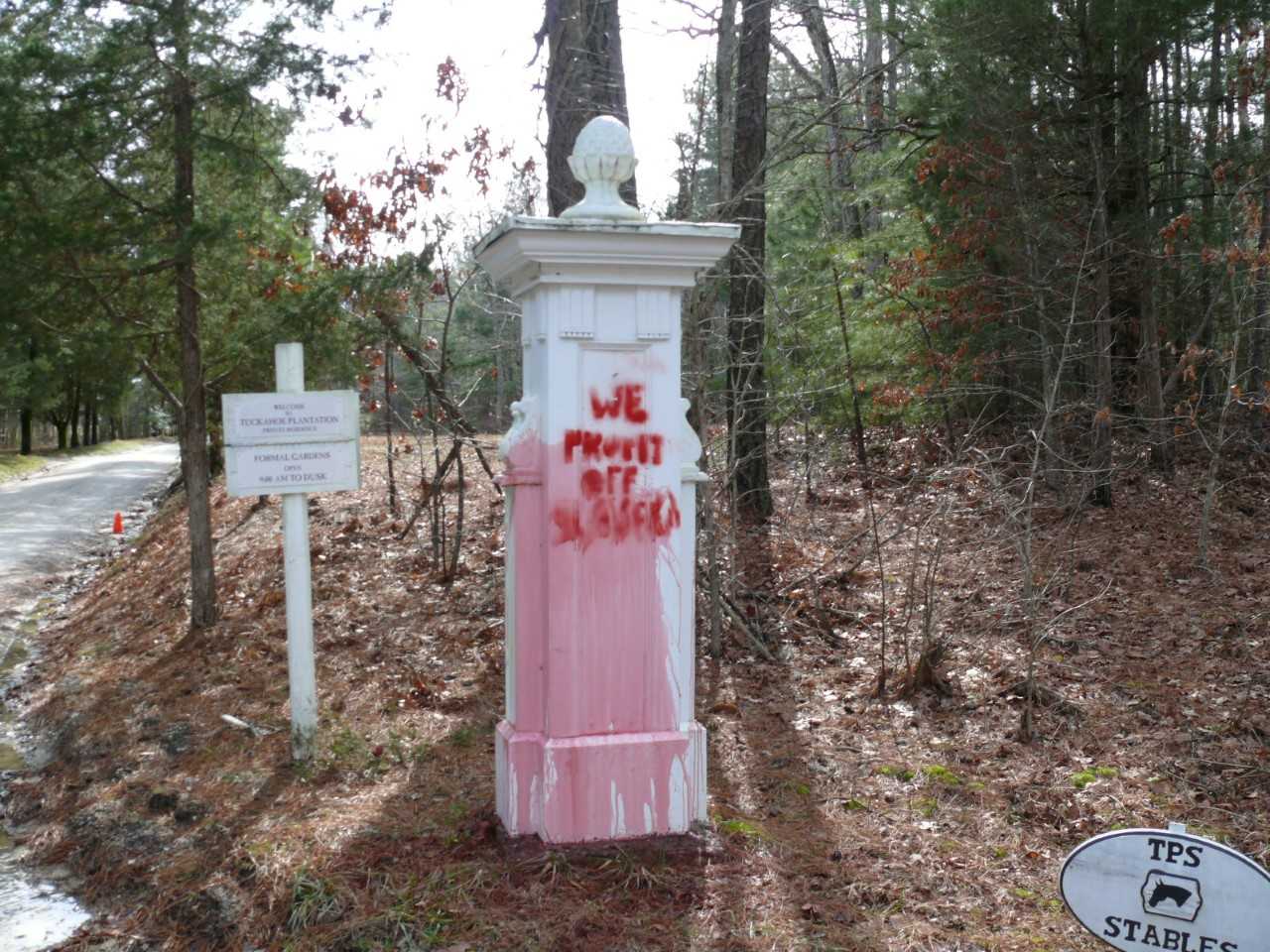 The sheriff’s office says a passing motorist captured a photo of the suspects of described as three African-American females. The motorist says the women were in a black SUV.

The vandalism came on the same day two people were detained and one person was charged with vandalism after vandalizing a Capitol Square fountain with red dye.

“This action, mirroring others throughout Virginia, seems indicative of a rising discontent with the current establishment, and their perpetuation of centuries of exploitation of black bodies, trauma, and stories,” the news release continued.

Anyone with information regarding the identity of the suspects are asked to contact the Goochland County Sheriff’s Office at 556-5349 or Crime Stoppers at 780-1000 or by testing through the Crime Stoppers App, “P3 Tips”.