Petersburg bus driver praises students for how they handled fiery crash: ‘They were beautiful’

PETERSBURG, Va. -- Thursday morning, Petersburg bus driver Joyce Wynn was behind the wheel of bus 82 like she is every weekday morning when she felt a big bump.

It didn't take long for the 17 students on board to let her know a car ran into the back of a school bus.

At the time of the crash, the school bus was stopped on Route 460 to pick up students.

The school bus driver says the jolt moved her about bus six feet and once she realized what was happening, she transitioned from driver to first responder.

"I told everybody, I said move to the front. All of a sudden it started smoking," Wynn recalled.

Susan Powroznik was driving along Route 460 when she realized what was going on.

"As I got closer, I could see there were flames coming out from underneath the vehicle in the front," said Powroznik.

At that moment, Wynn got all 17 Vernon Johns Middle School students off the bus and to safety. All of the students were checked out by EMS on the scene and uninjured. 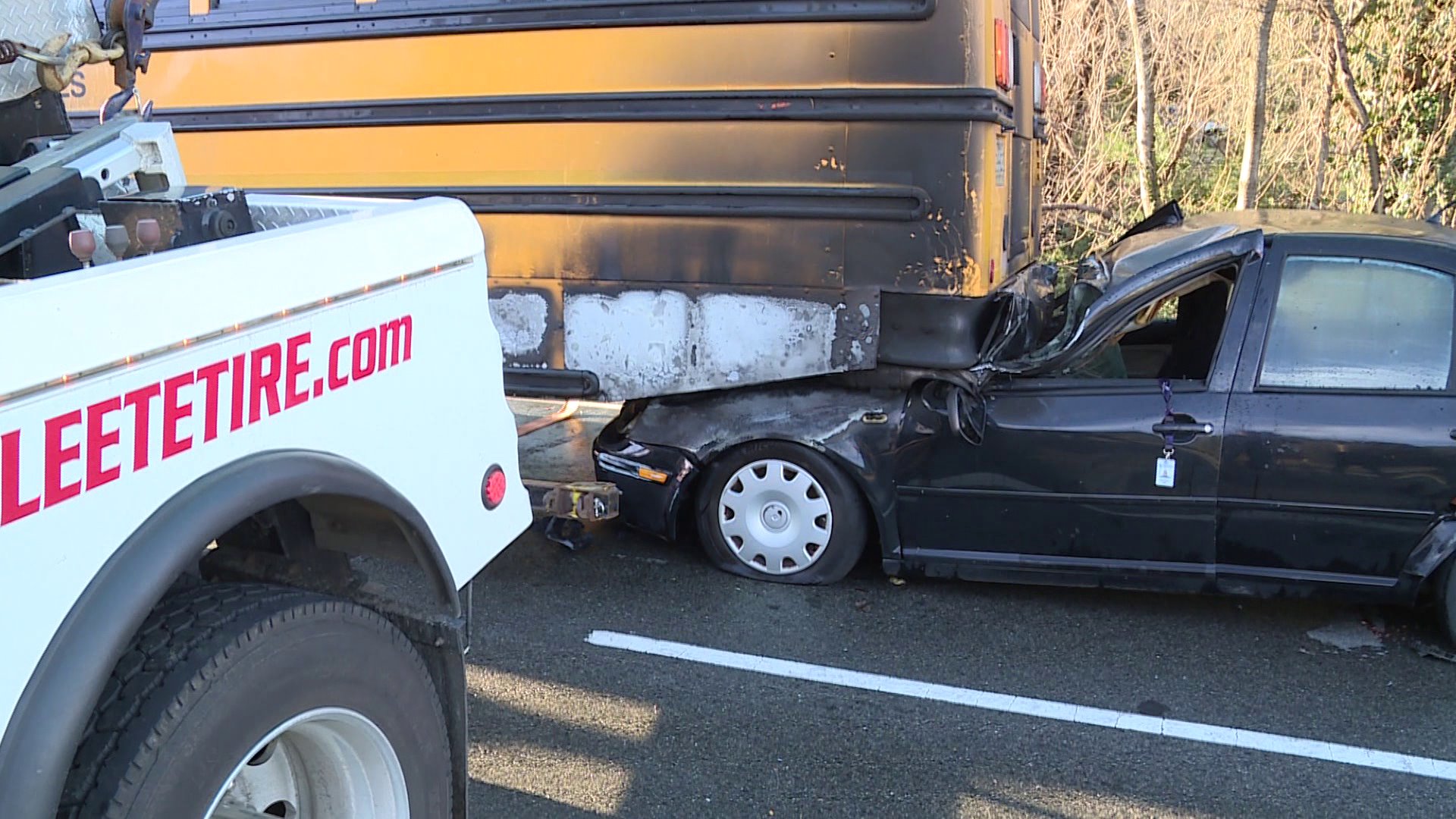 The bus driver praised the students and their reaction after the crash.

“They did good, they were beautiful, they exited the bus with no problems," said Wynn.

Despite her modesty, Newsome credits Wynn with getting the students off the school bus in a quick and safe manner.

"Our bus drivers are our unsung heroes, certainly today is an example of quick thinking, cool under pressure. Many people would panic in a situation like this, but not this driver, we're very proud of her," Newsome added.

The driver of the Jetta was the only person taken from the crash with non-life-threatening injuries. He has been charged with following too close.