After months of turmoil and a CBS 6 investigation, cemetery locates where woman’s body is buried 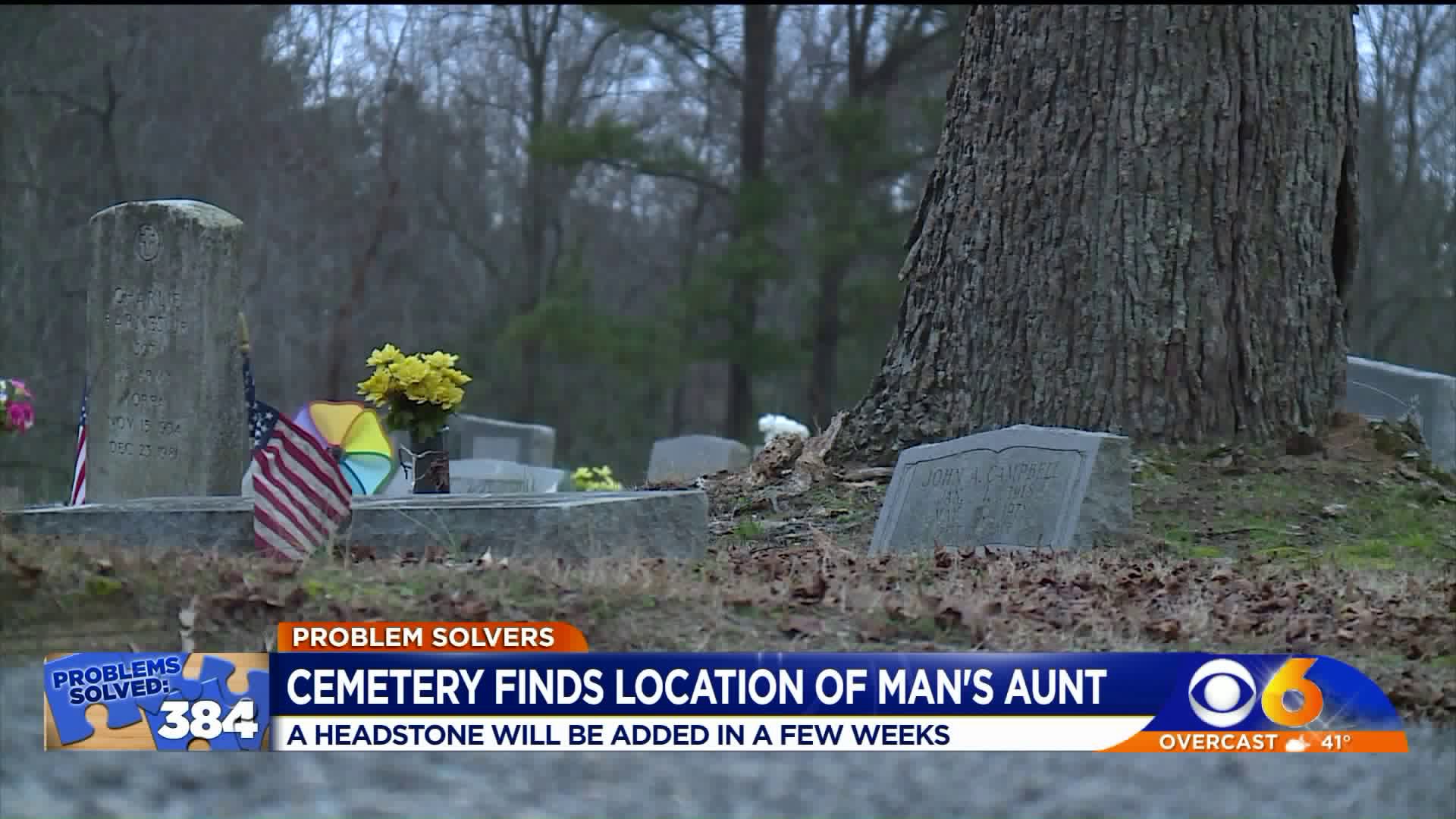 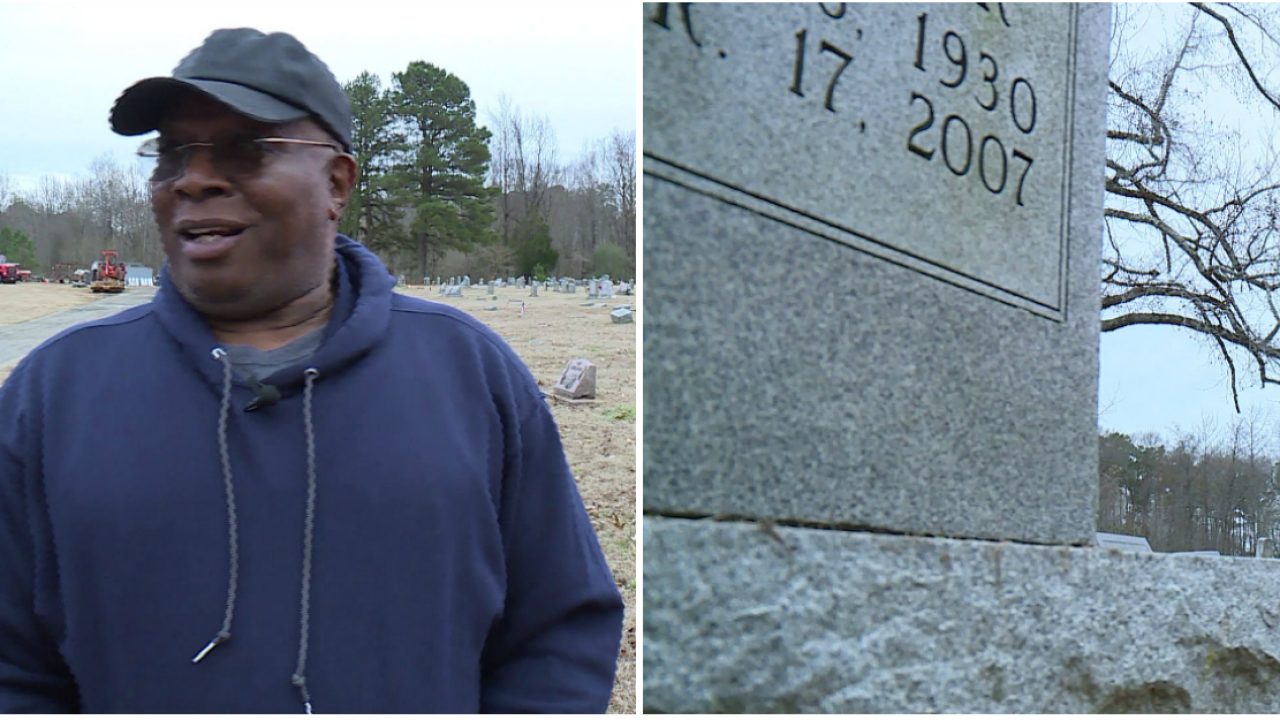 PETERSBURG, Va. -- For the first time in nearly 25 years, a Dinwiddie man was able to pay his respects to his late aunt he says, thanks to the CBS 6 Problem Solvers.

George Noel reached out to the Problem Solvers in January to help locate his aunt Juanita Rudy Hunter's gravesite.

A month after our inquiry and investigation, the burial site has been located.

"I couldn't have done this without you," said Noel.

Hunter moved back to the area from Connecticut when she fell ill from cancer.

“She came home but she’s lost,” Noel explained in January.

Hunter was buried in Petersburg’s Wilkerson cemetery in April 1994, and that was last time Noel knew where her casket was located.

Noel had been saving up for a headstone for his aunt for two decades.

“I said no relative of mine being buried with no headstone and not being recognized,” said Noel.

Three years ago he says, he attempted to purchase the marker from Virginia Burial Supply when he ran into a problem.

“They gave me the price to purchase it and they said we got to find her first,” he explained. “I said, ‘whatcha mean you got to find her?’ They said ‘we can’t locate her.’ I said ‘what?’ They said. ‘give me time.’”

CBS 6 learned Virginia Burial Supply purchased the cemetery in 2002 from Wilkerson funeral home who owned it in 1994.

“Somebody buried on top of her [or] that she might not be here that’s only the two possibilities they gave me,” said Noel of Virginia Burial Supply.

But he says what he wasn't given all these years is peace of mind as to where he can pay his respects to his Aunt Juanita and be assured she’s at rest.

“You are a person, you will always remain a person in my heart you’re not just somebody in the ground and forgotten,” Noel said as he paced the cemetery in January.

“My promise to her is you will have a marker and everybody will know where you were buried at and your name will stand out.”

In January, Timothy Banks, owner of Virginia Burial Supply said, they were investigating and were going to make every effort to locate the gravesite. He says they received limited records from the prior owners of the cemetery. He said they had been in touch with the funeral home that handled Hunter’s arrangements as had CBS 6.

Virginia Burial Supply dug though records and dirt and informed Noel Monday that his late aunt was found.

Noel said her headstone will be installed in a few weeks and that Virginia Burial Supply says they will cover the cost of the marker.