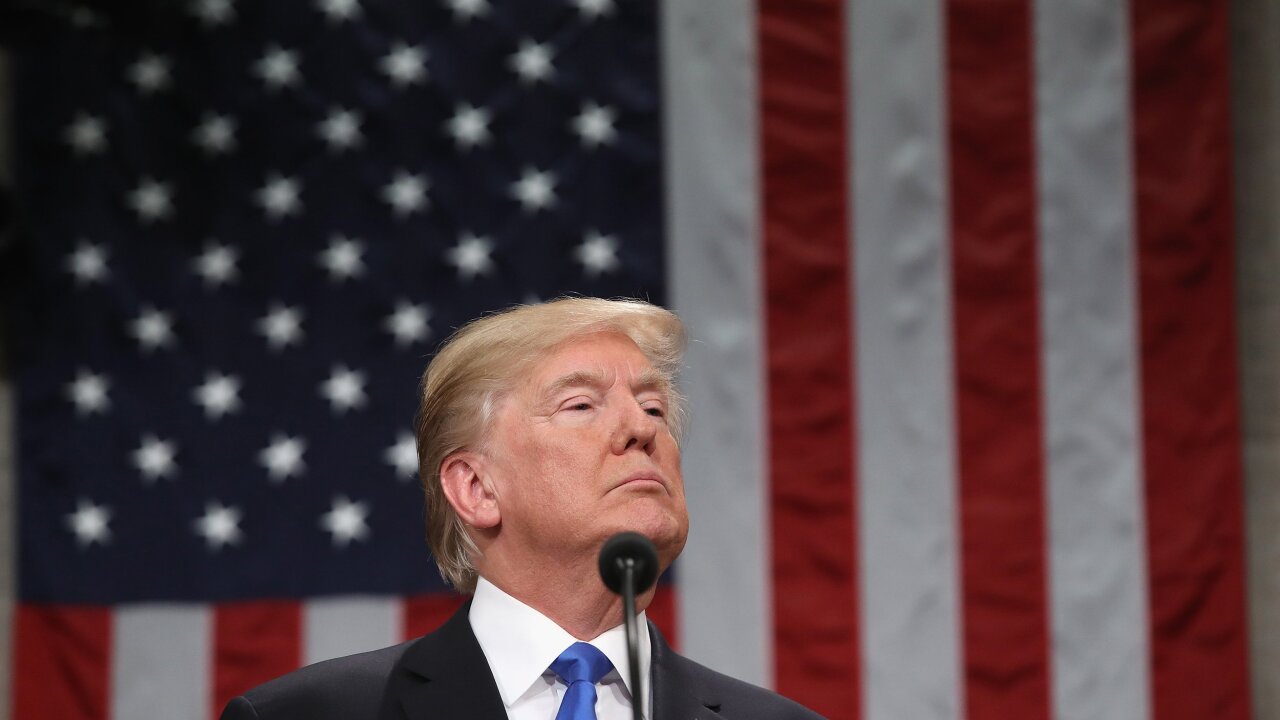 Donald Trump is set to deliver what his advisers claim will be a unifying State of the Union speech on Tuesday before a skeptical audience that for the first time will include a Democratic House majority.

President Donald Trump kicked off the 2020 campaign season Monday in the border city of El Paso, Texas, just as negotiators on Capitol Hill appeared to have reached a deal to keep the government fully open past Friday’s deadline.

Trump was expected to stick to a similar structure and themes of previous rally speeches with an emphasis on border security and immigration during his Texas remarks, according to a source familiar with the speech. Plenty of ad-libbed remarks were expected as well, the source said, as is always the case with the President.

Trump attended a campaign fundraiser ahead of his rally, according to the source familiar with the plans. For $15,000, supporters will be able to participate in a photo opportunity.

The border town campaign rally came amid recently derailed negotiations between Republicans and Democrats ahead of a Friday shutdown deadline. Over the weekend, Democrats proposed a cap on the number of Immigration Customs and Enforcement detention beds for detained undocumented immigrants. Republicans oppose such a cap.

Rep. Lucille Roybal-Allard, a Democrat who is helping negotiate a border security funding deal, said the cap would “force the Trump administration to prioritize deportation for criminals and people who pose real security threats, not law-abiding immigrants who are contributing to our country.”

Trump alluded to the standoff Monday.

“Now it turns out not only don’t they want to give us money for the wall, they don’t want to give us space to detain murderers, criminals, drug dealers, human smugglers,” he said during a White House event earlier Monday.

Asked whether there would be another government shutdown at the end of this week, Trump said: “That’s up to the Democrats.”

Even if the two sides settle the detention bed disagreement, they still remain at odds over funding for new border wall construction.

Trump pressed his case for the wall by using El Paso as an example of how it has lowered crime rates, though the facts do not support his claim.

The President, during last week’s State of the Union, claimed “the border city of El Paso, Texas, used to have extremely high rates of violent crime — one of the highest in the country, and considered one of our nation’s most dangerous cities. Now, with a powerful barrier in place, El Paso is one of our safest cities.”

But according to an analysis of FBI crimes data and city law enforcement data analyzed by the El Paso Times, violent crime in El Paso peaked in 1993. Border fence construction didn’t begin until 2008, and was completed in 2009. But violent crime fell long before the wall was built in El Paso, with violent crime falling 34% between 1993 and 2006 in the city.

The city did, however, see a decline in violent crimes around the start of Operation Hold the Line, which stationed hundreds of Border Patrol agents alongside the border surrounding El Paso.

https://s3.amazonaws.com/cnn-newsource-image-renditions-prod/POL_TRUMP_KICKS_OFF_2020_CAMPAIG/S105252579_thumbnail.JPG
Copyright 2020 Scripps Media, Inc. All rights reserved. This material may not be published, broadcast, rewritten, or redistributed.