Log truck driver charged after driving off the road, overturning in Nottoway County

NOTTOWAY COUNTY, Va. – A log truck driver has been charged with reckless driving after driving off the road, striking a guardrail, and overturning in Nottoway County Monday afternoon.

“Trooper D. Eggleston’s preliminary investigation reveals that a 2002 International tractor hauling logs was traveling southbound on Deep Creek Road,” said a State Police spokesperson. “As the driver of the truck was exiting out of a curve, he ran off road left striking a guardrail and a portion of the bridge. The truck then came back onto the roadway, overturning onto the driver’s side, and losing the load.” 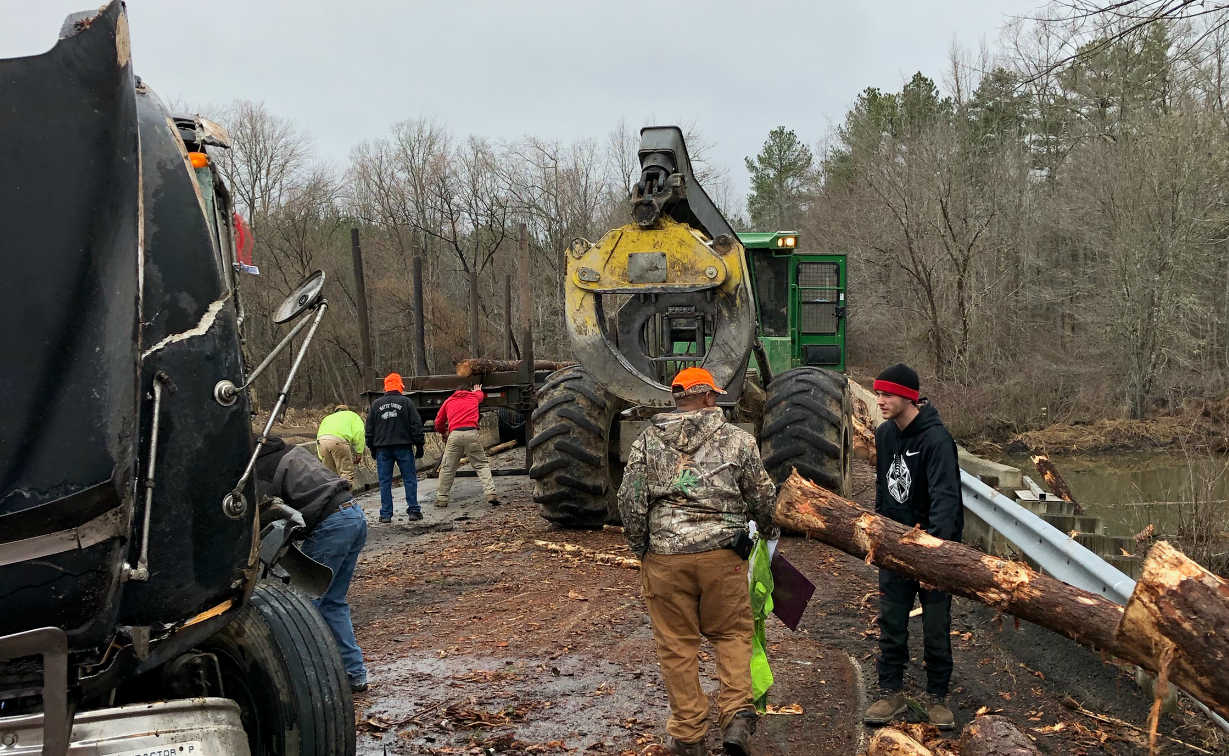 The driver, identified as 60-year-old Alfred J. Johnson, of Dewitt, sustained minor injuries in the crash but refused transportation to the hospital.

Johnson, who police say was wearing a seat belt, has been charged with reckless driving and failure to maintain control.