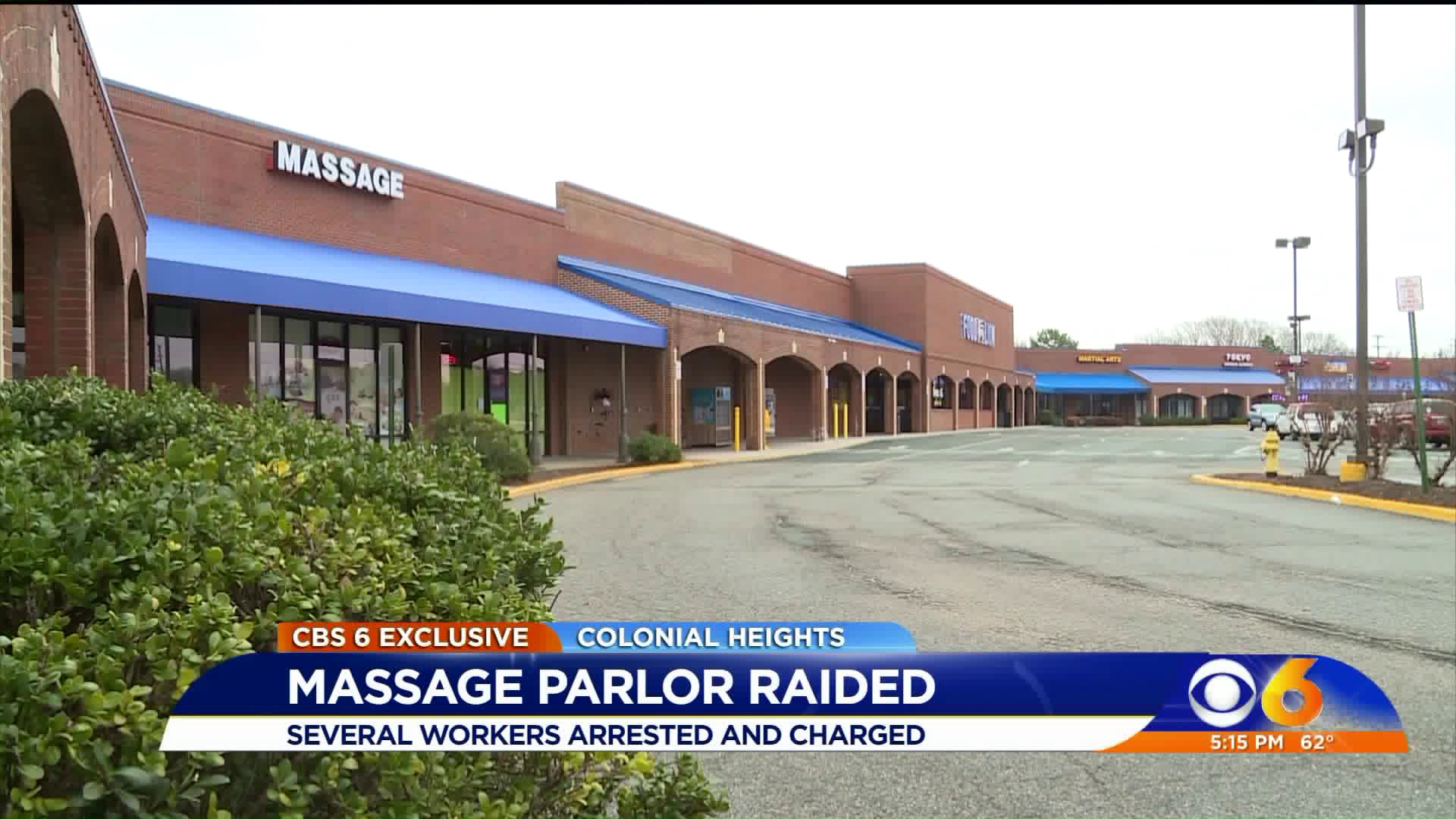 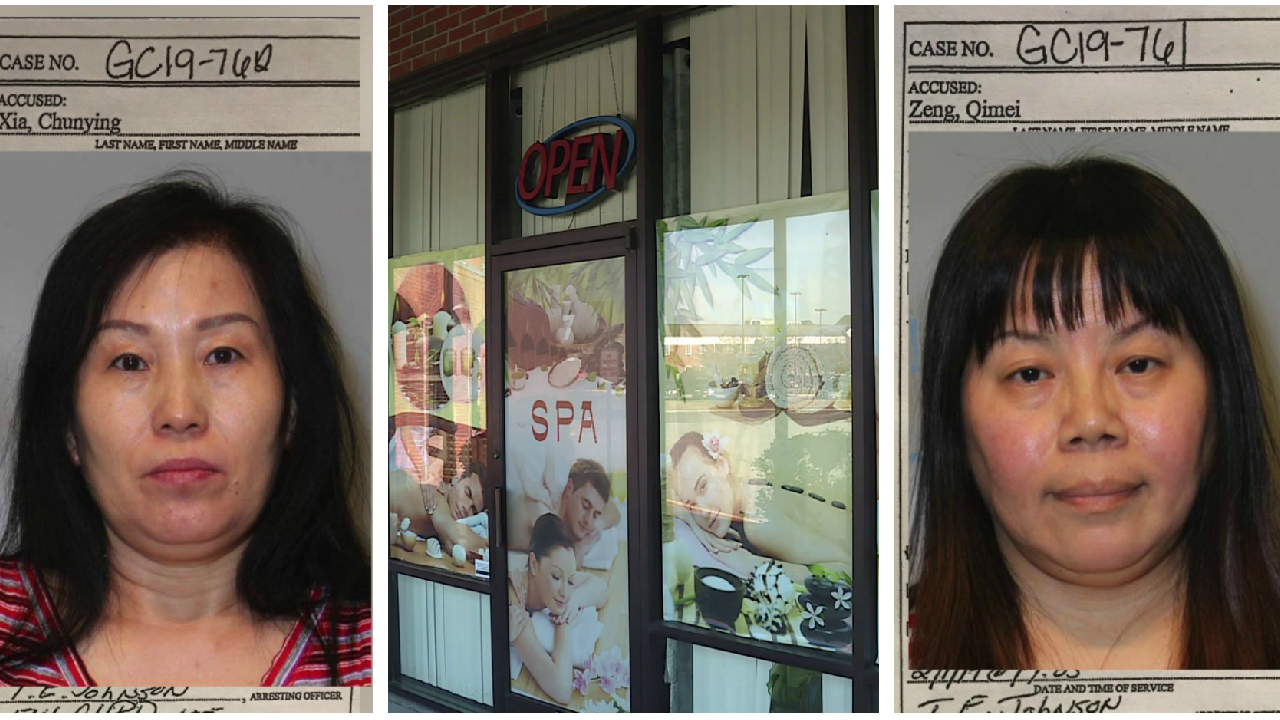 COLONIAL HEIGHTS, Va. -- What started out as an embezzlement investigation into a business in Colonial Heights, turned into an undercover operation by police at a local massage parlor.

Now, two women have been arrested and warrants are out for three others.

CBS 6 learned Colonial Heights Police were investigating a nearly $60,000 embezzlement case in another part of town when they learned information about a massage business.

The Authentic Chinese Massage Parlor is located in a shopping strip off Ellerslie Avenue, where a grocery store, a restaurant, florist and realty company also occupy storefronts.

"The confidential informant told police that he had used the money that he had embezzled, in large part, on going to the Authentic Chinese Massage Parlor," said Senior Assistant Commonwealth's Attorney Meghan Campbell.

Campbell says there were licensed and permitted massage therapists who worked in the business but added there was also "impermissible illegal behavior going on."

"Massage therapists cannot touch or fondle any private or genital part of any client and that's exactly what was going on here," added Campbell.

Police arrested Qimei Zeng and charged her with one count of maintaining a business for an immoral or lewd purpose.

Chunying Xia has been charged with two counts of maintaining a business for an immoral or lewd purpose, two counts of touching a client's genitals and one count of not displaying a valid permit. Three others are being sought by police on similar charges.

Local shoppers were shocked to learn news of the arrests.

“You have a nursing home, assisted living place here, pharmacy, who would have ever thought, just would have never thought that," said Rosetta Clanton.

Clanton, who frequents the shopping center, says she noticed a lot of men coming and going from the business.

"It dawned on me that there was only male, men going in and no women, I never seen women go in there," said Clanton.