Kamala Harris is open to multiple paths to ‘Medicare-for-all’ 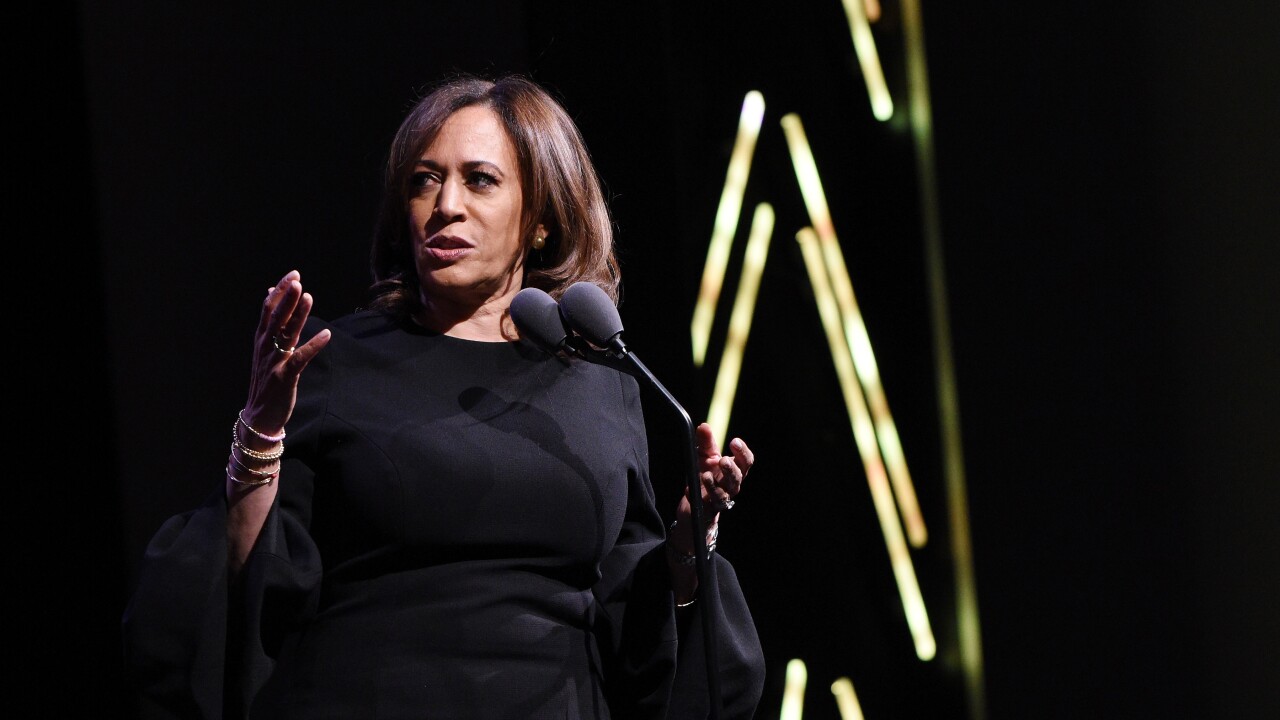 By stating she would eliminate private insurers as a necessary part of implementing “Medicare-for-all,” California Sen. Kamala Harris during a CNN town hall Monday night sent a shockwave through the national health care debate.

Harris’ comments underscored the extent to which a move to single payer would radically overhaul the current system and, in frankly addressing one of the transition’s most politically difficult steps, stepped directly into her critics’ crosshairs.

Republicans attacked Harris within minutes of her remarks, tweeting that she “says she wants to eliminate private insurance even if you like your plan.” By Tuesday morning, former Starbucks boss Howard Schultz was piling on and fellow billionaire potential presidential candidate Michael Bloomberg, the former mayor of New York, was dismissing the entire plan as a fiscally ruinous pipe dream.

As the furor grew, a Harris adviser on Tuesday signaled that the candidate would also be open to the more moderate health reform plans, which would preserve the industry, being floated by other congressional Democrats. It represents a compromise position that risks angering “Medicare-for-all” proponents, who view eliminating private health insurance as key to enacting their comprehensive reform.

Both the adviser and Harris national press secretary Ian Sams said her willingness to consider alternate routes to a single payer system should not cast doubt on her commitment to the policy.

“Medicare-for-all is the plan that she believes will solve the problem and get all Americans covered. Period,” Sams told CNN. “She has co-sponsored other pieces of legislation that she sees as a path to getting us there, but this is the plan she is running on.”

Their description of Harris’ views is backed up by her record in the Senate, where she co-sponsored Vermont Sen. Bernie Sanders’ “Medicare for all” bill, which would phase out for-profit insurers, but also the less aggressive approaches proposed by Hawaii Sen. Brian Schatz, whose bill would effectively create a “public option” by allowing certain Americans to buy-in to Medicaid, and a plan from Sens. Jeff Merkley and Chris Murphy that would allow individuals to enroll in a new form of Medicare and employers to purchase it for their workforce.

She was also a co-sponsor on a bill called “Medicare X,” from Sens. Michael Bennet and Tim Kaine, which would create a public insurance option on the Affordable Care Act exchanges, along side the private insurance plans. The goal would be to give Americans more choices when buying Obamacare coverage, particularly in areas where few carriers participate.

Harris’s comments on Monday and her adviser’s more cautious words on Tuesday highlight the tensions among Democrats over health care, an issue they united over in defense of Obamacare in 2017. Now, there is an increasingly heated intra-party debate over whether to open up Medicare or Medicaid to more Americans, create a public insurance option that would retain the current job-based insurance plans or replace the entire system, like “Medicare for all” promises to do, with a Medicare-type plan for everyone. Many establishment Democrats, including some top officials, are skeptical of all those approaches, preferring instead to shore up the existing Obamacare marketplaces.

The argument has implications that go beyond health care policy in a presidential primary that is expected to test the ideological boundaries of the party. Harris has repeatedly affirmed her support for “Medicare for all” but her record and support for more moderate legislation suggests that she could also be open to allowing insurers to remain or supporting a buy-in system, less than 24 hours after her comments in Iowa, could seed new skepticism among the progressives she is seeking to win over.

“I don’t want to guess what (Harris is) thinking but that is a massive part of the American economy. There is a system in place for funding it,” Durbin said. “It would take a mighty transition to move from where we are to that.”

Asked by the audience in Des Moines on Monday about health care and, more pointedly, if her “solution (would) involve cutting insurance companies as we know them out of the equation,” Harris did not hesitate.

“I believe the solution — and I actually feel very strongly about this — is that we need to have Medicare-for-all,” she said. “That’s just the bottom line.”

Harris then spoke about her mother and the benefits of Medicare, a point she has made repeatedly and wrote about in a New York Times op-ed, and called the current order “inhumane” for making “people go through a system where they cannot literally receive the benefit of what medical science can offer because some insurance company has decided it doesn’t meet their bottom line in terms of their profit motivation.”

When pressed by town hall host Jake Tapper over whether she would be willing to eliminate private health insurance as part of creating that new single payer system, Harris stood firm.

“Who of us has not had that situation, where you’ve got to wait for approval (for medical care) and the doctor says, well, I don’t know if your insurance company is going to cover this?,” Harris said. “Let’s eliminate all of that. Let’s move on.”

Her remarks drew applause from the Drake University audience and from Medicare-for-all supporters, who have been pleased to see a growing crop of Democratic presidential contenders publicly back their agenda. Still, many harbor doubts over whether the candidates, if elected, would be willing spend the necessary political capital to deliver on their promises.

National Nurses United Executive Director Bonnie Castillo, whose organization has been at the forefront of the push for single payer health care, said she welcomed any contender’s “support for Medicare for all and the acknowledgment that insurance companies have no place in our health care,” but argued that it could not be done without the abolition of private health insurers.

“We’ve got to push this across the finish line and my sense is that half measures are just not going to get it,” Castillo said. “That has happened time and time again and we know as nurses that it is not effective — that is not an effective treatment or solution.”

While many polls show the majority of Americans support a Medicare for all-type plan, they are less enamored with the idea of jettisoning their current insurance. A recent Kaiser Family Foundation poll found that 56% of Americans favor Medicare-for-all, but that approval rating drops to 37% when respondents heard that it would eliminate private health insurance companies.

“Most people are satisfied with the health insurance until they have a problem,” said Tricia Neuman, director of the foundation’s Program on Medicare Policy. “The public favors these proposals that would broaden choice, but also want to be sure they don’t lose something that they value.”

The Harris adviser told CNN on Tuesday that she is committed to the position she staked out in Iowa. The adviser called the backlash from Republicans “good trouble” for Harris.

Harris and her allies signaled Tuesday that they are eager to engage Schultz, who is considering a third-party centrist run.

The public scrape with the billionaire, Harris advisers said, can only help to burnish Harris’ progressive credentials.

Schultz criticized Harris early on Tuesday during an interview with CBS, when he reacted to her comments in Iowa with derision.

“That’s not correct, that’s not American,” Schultz said. “What’s next? What industry are we going to abolish next? The coffee industry?”

He then compared the push for Medicare-for-all to Republican efforts to repeal Obamacare.

“I don’t agree with that,” he said. “The Affordable Care Act should stay and it should be refined. But the thing we should get rid of is the insurance industry? Again, this is exactly the situation — it’s far too extreme on both sides and the silent majority of America does not have a voice.”

Meanwhile, Bloomberg joined Schultz on Tuesday in throwing cold water on the notion of replacing private insurance with a government-run system, saying it “would bankrupt us for a very long time.”

“I think we could never afford that,” said Bloomberg. “We are talking about trillions of dollars. I think you could have Medicare for all for people who are uncovered, but that’s a smaller group.”