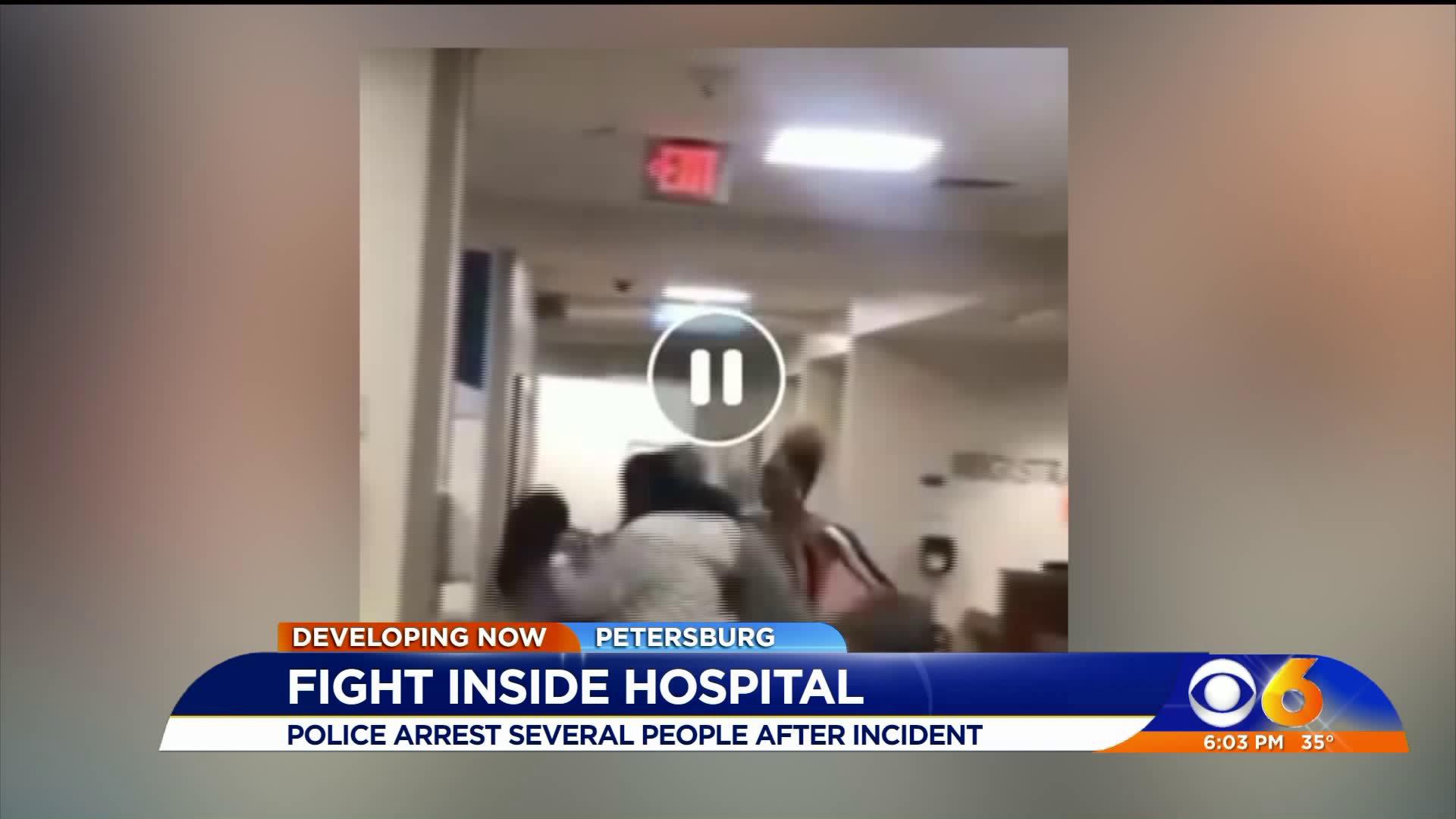 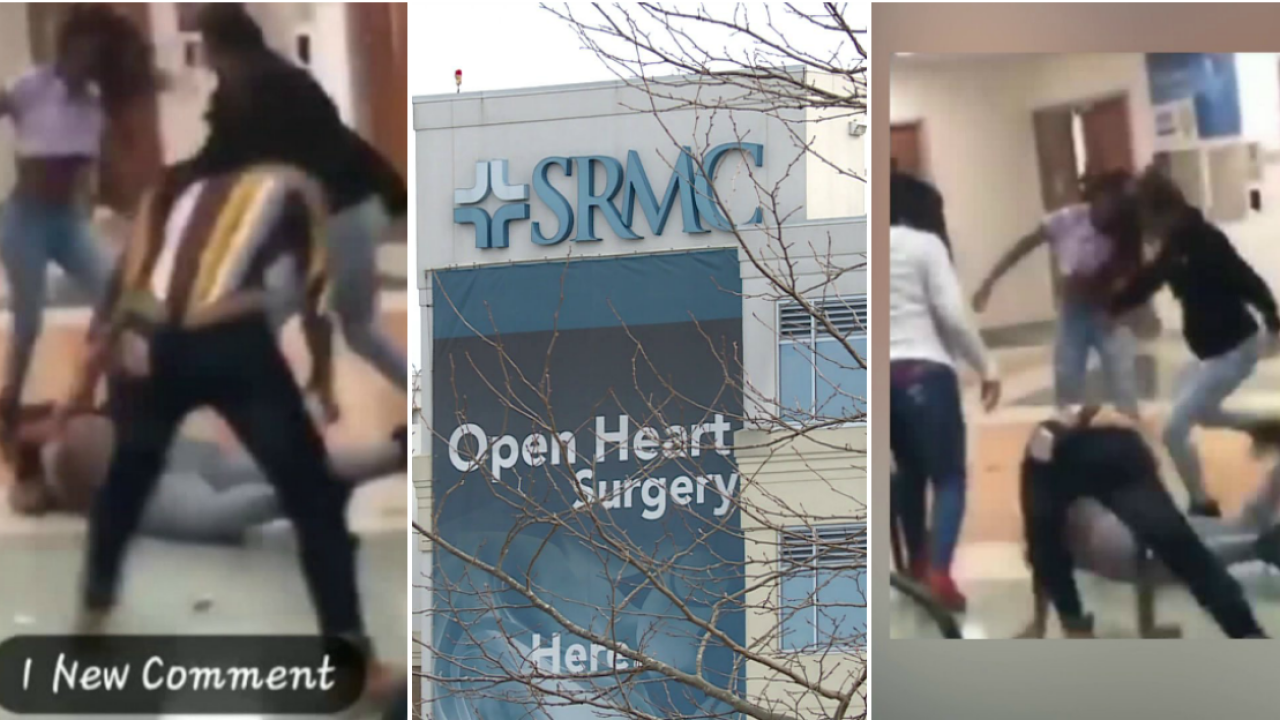 PETERSBURG, Va. -- "You know it's hurtful just to see somebody like that on the ground" James Lewis says watching a video on his phone.

He's referring to footage of his older sister lying on the floor of the waiting room at Southside Regional Medical Center being hit and kicked.

"It's horrible" said James, "She's getting beat, like bad".

The Lewis family knew of the attack but didn't know it had been videotaped until Sunday morning when it was posted online.

By Monday evening - the video had been viewed more than 72,000 times and is attached to at least one large viral video website.

James says his sister had been injured and went to the hospital for treatment - she also is the suspect in a stabbing from earlier in the evening.

Those attacking her are friends of the stabbing victim, Lewis' family says.

Petersburg Police say one of their officers called for help when the brawl broke out Saturday night.

Lewis says his family is upset because the video also shows a security watching the fight escalate but not trying to stop it.

Police say they plan on meeting with Hospital officials to try and determine how to better handle a situation like this should it happen again.

By Monday evening, three people had been charged with Felony Assault by mob with warrants out for four others.

In a statement to CBS 6, Southside Regional Medical Center says "We are saddened by this entire incident and thank our staff and Petersburg Police for deescalating the senseless violence that occurred.

This was a rare incident so we are reviewing our security footage from the event, talking to all staff and reviewing our policies and procedures internally and with local law enforcement.

Security is always on duty and like most hospitals; we have police officers on-site during the evening. We regularly update our security plan to ensure a safe environment is maintained on our campus. The safety of our patients, staff and visitors is our top priority."