❄️When we could see some light snow this week

RICHMOND, Va. — Much of the week ahead will be dry, but there will be one opportunity for some snowfall.

A cold front will move through on Tuesday.  This will bring some showers to central Virginia by late in the day.  Temperatures ahead of the front will be in the 40s and 50s.

As the front passes in the evening, colder air will rush in behind it and change the remaining precipitation over to some wet snow showers.  The chance of snow will decrease quickly after midnight. 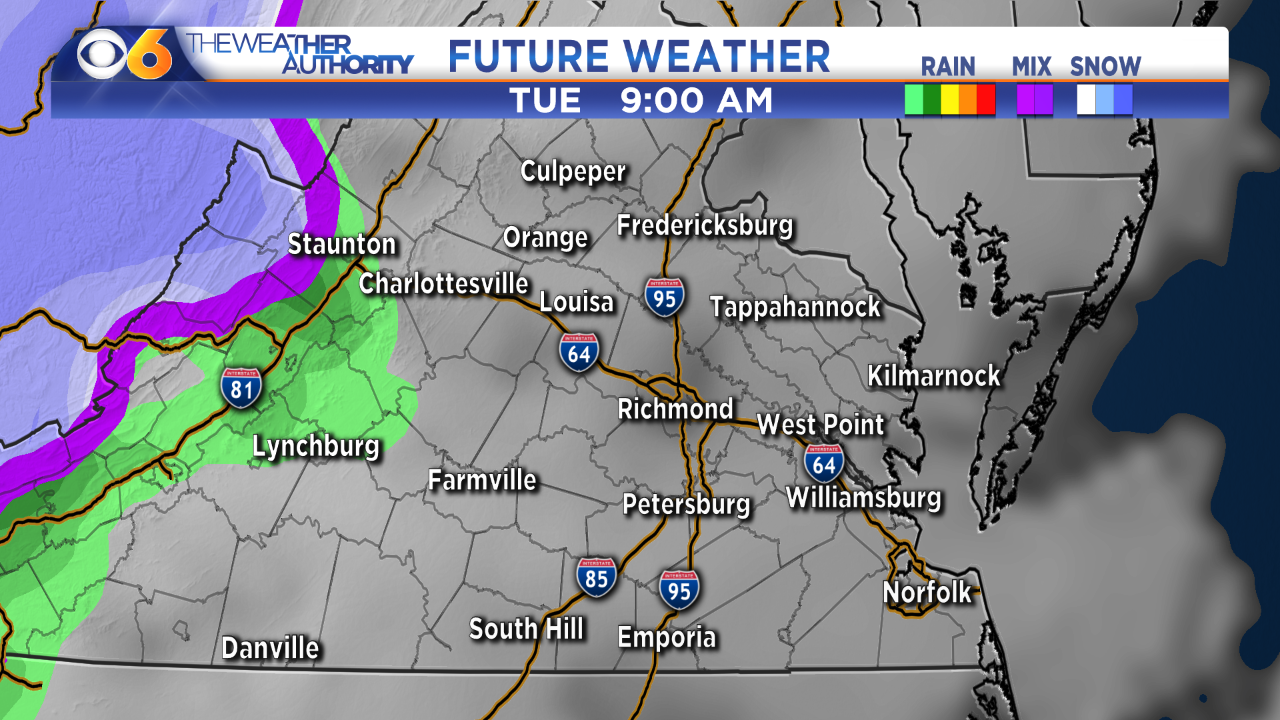 The chance of snow will only last a few hours.   This brief duration will limit snowfall accumulation.

In the metro, this snow will likely produce little to no accumulation.  If it gets cold early enough, and the snow intensity is decent, it could be enough to produce a coating to one inch.  The probability of snow accumulation exceeding an inch is very low.

The chance of accumulation is higher across northern and western Virginia.  In these areas, a coating to one inch will be possible.  If it’s cold enough and the snow intensity is strong enough, a few locations could see two or three inches.  The best chance of this will be up by Washington, D.C. and near I-81.

For Richmond, snowfall for the month is running below normal, but we continue to be well above normal for the season to date.  The historical average for the entire season is around ten inches.