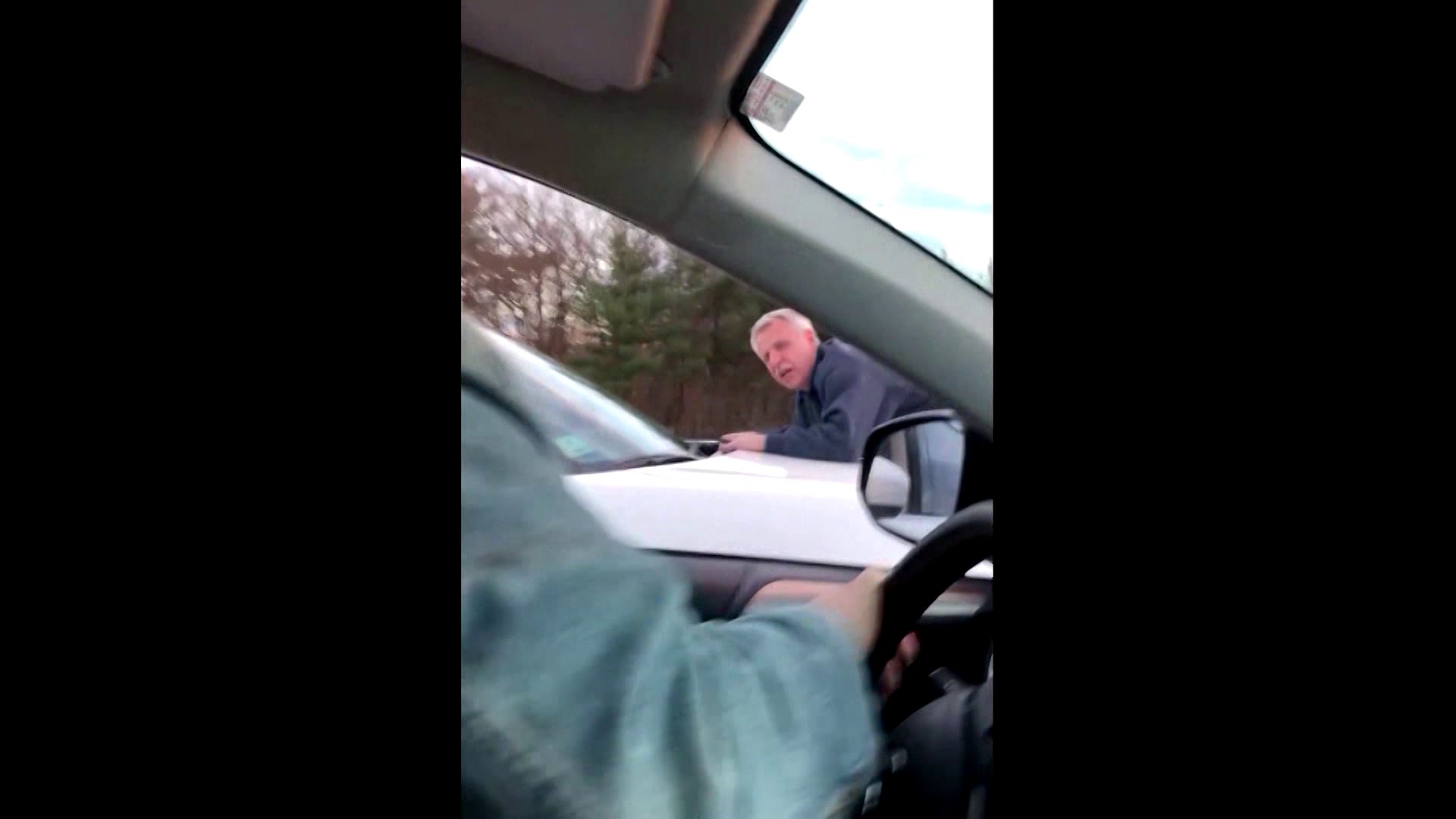 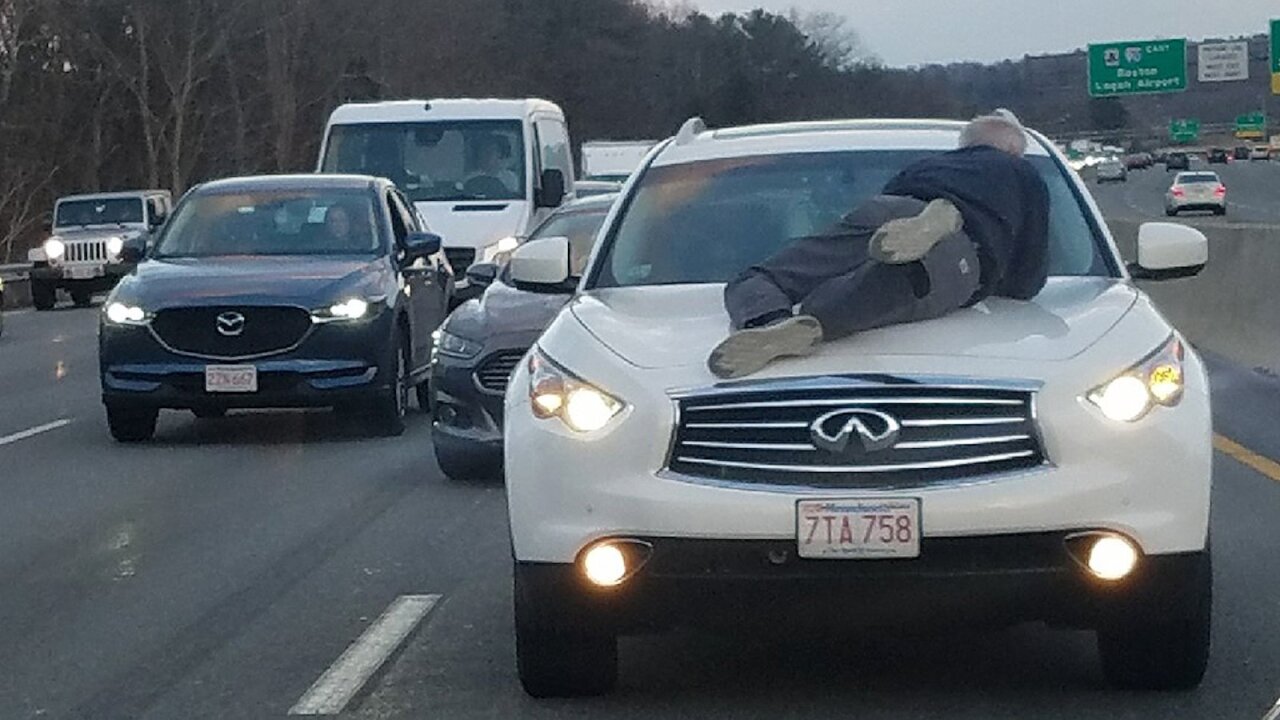 WESTON, Mass. -- Two drivers have been charged after a road rage incident where a man ended up on the hood of an SUV driving on the Mass Pike. It ended when a man with a gun forced the driver out of his vehicle on the highway.

State Police say it started when two drivers got into a minor crash and then argued Friday afternoon in Weston, WBZ reported.

One of the drivers, 65-year-old Richard Kamrowski of Framingham, ended up on the hood of the Infiniti SUV driven by 37-year-old Mark Fitzgerald of Lynn.

Fitzgerald drove for a “very significant distance” with Kamrowski clinging to the hood, according to State Police.

“I thought he was going to run over me,” Kamrowski told WBZ.

He says he was in survival mode as he hung on to the front of the white SUV as it flew down the Mass Pike for about three miles.

“I just kept telling him to ‘stop the car, stop the car’ and he wouldn’t stop,” Kamrowski said.

He says the driver yelled back at him to get off. He called 911 while on the car as it sped west around 4:40 Friday afternoon.

“I don’t think he stopped,” Kamrowski said. “He kept going fast, slow, fast, slow tried to get me to slide off.”

Kamrowski says it all started after Fitzgerald swerved into his lane and bumped his car. He tried to get Fitzgerald to stop but says he kept trying to take off. That’s when he ended up on the hood after getting bumped by the SUV.

He’s thankful some good Samaritans helped box in the SUV and kept Fitzgerald on scene until troopers arrived. One man forced Fitzgerald out of the car at gunpoint. In video obtained by WBZ, the unidentified man said he had a license to carry a firearm.

“I’m just glad that the two people that surrounded the guy were there,” Kamrowski said.

Fitzgerald has been charged with assault with a dangerous weapon. Kamrowski is charged with disorderly conduct.

The man who got out of his car with a gun was forced to the ground when troopers arrived. He is not facing any charges.