SOUTH HILL, Va. – A South Hill Police officer is recovering after his police cruiser was struck by a tractor-trailer Monday morning.

Police said the crash happened at approximately 8:50 a.m. at the intersection of Atlantic Street and Country Lane. Investigators say the officer was inside the vehicle when the driver’s side door was struck by a tractor-trailer.

Officer P. Jones was transported to the hospital with minor injuries and later released. 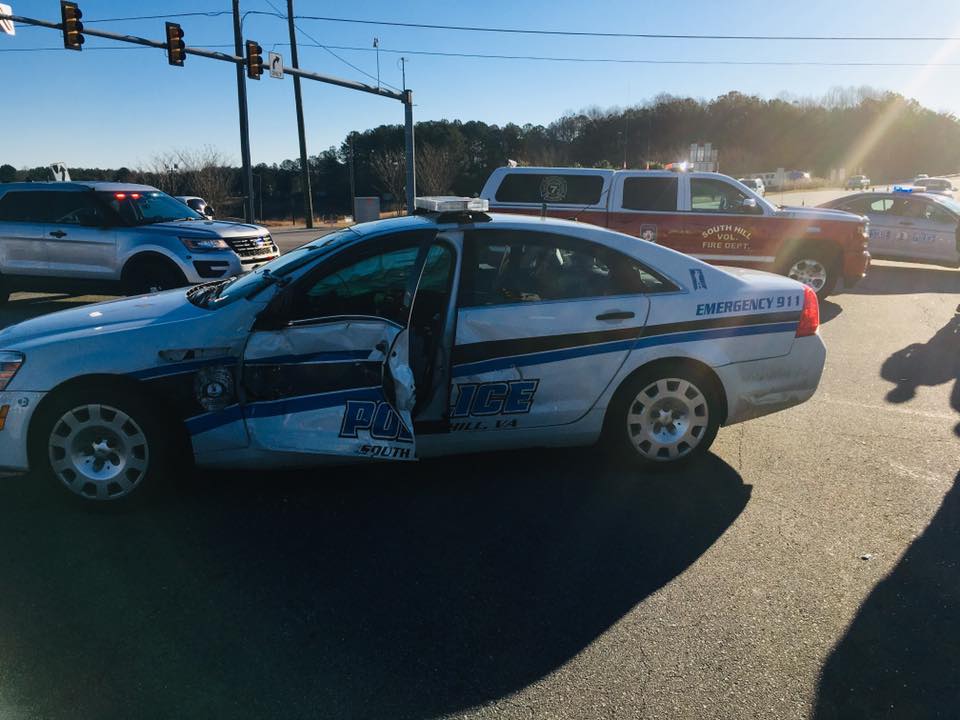 The driver of the tractor-trailer, whose name has not been released, has been charged with failing to yield the right of way.

Virginia State Police is handling the crash investigation at the request of the South Hill Police Department.