Why some tow truck drivers want a tougher Move Over Law 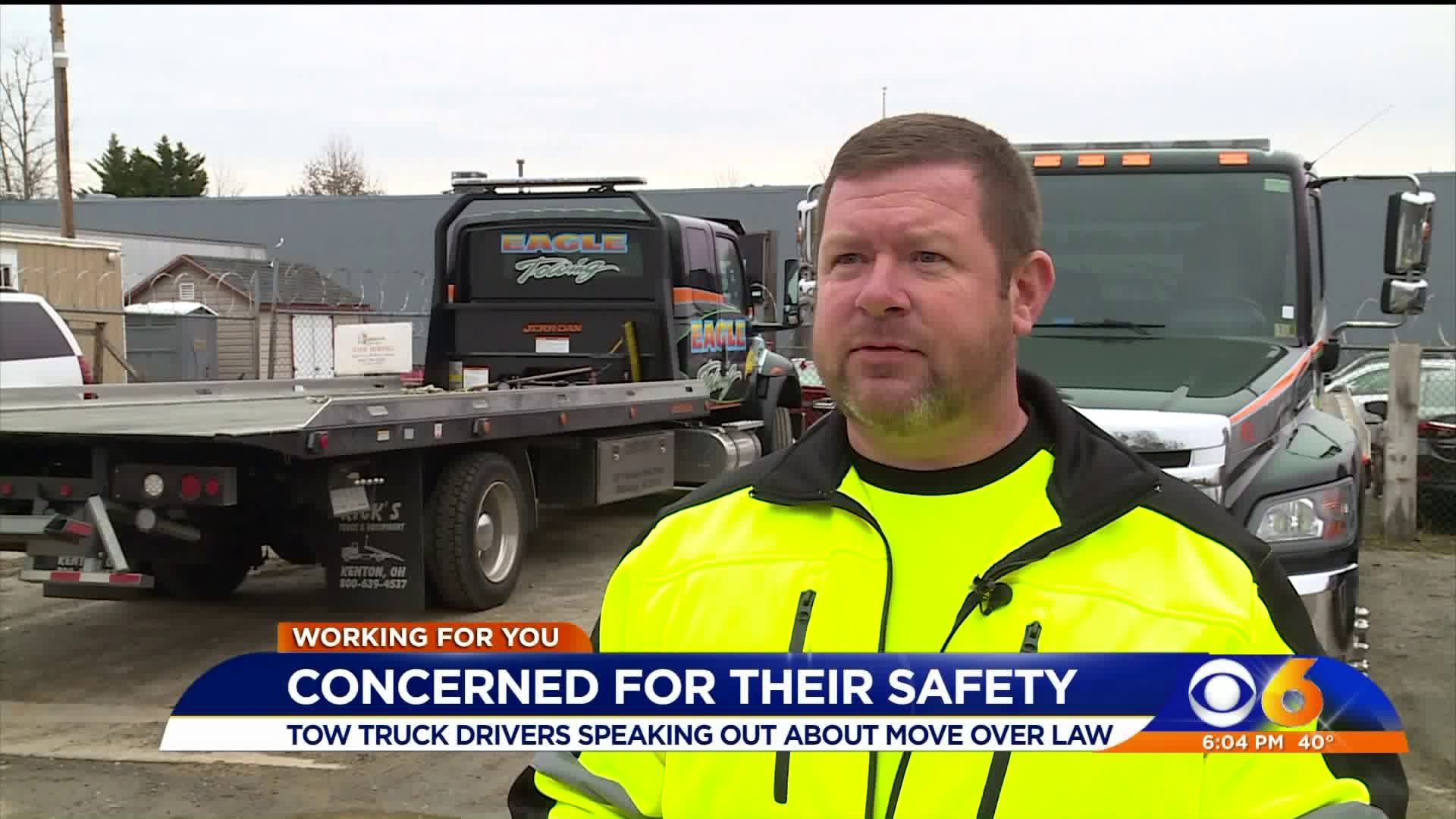 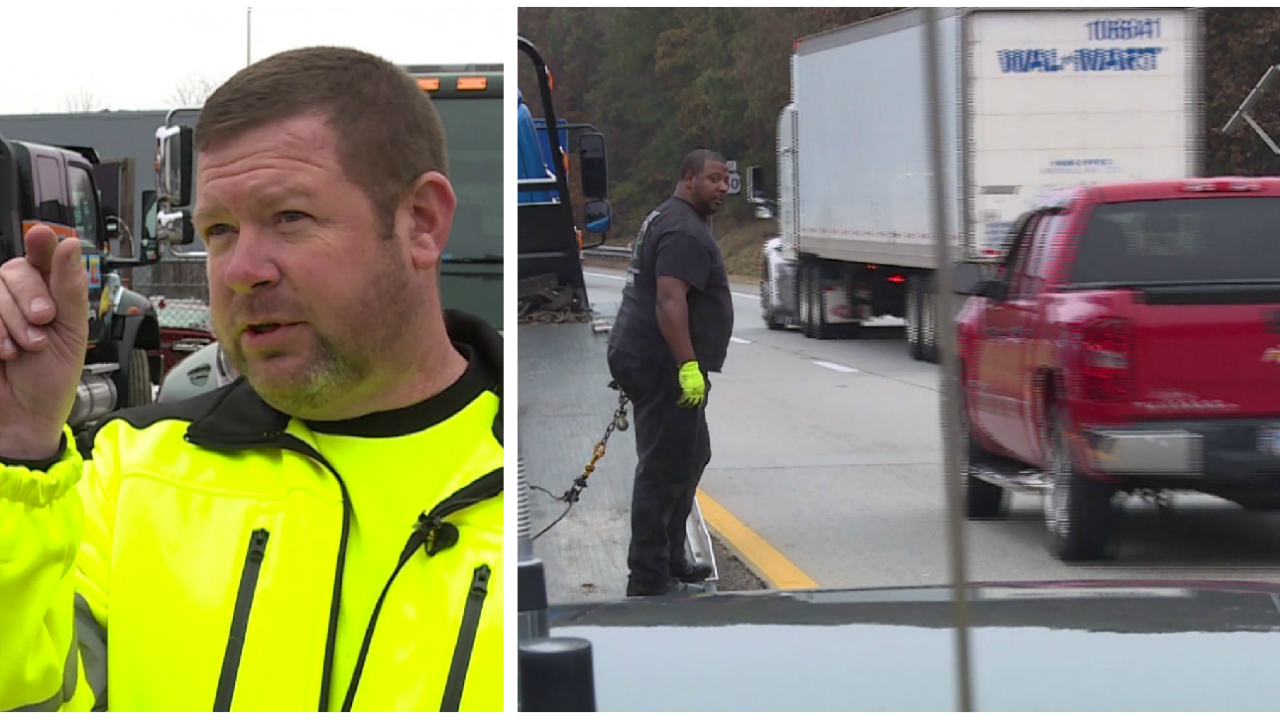 CHESTERFIELD COUNTY, Va. -- When police officers, firefighters or road crews are stopped on the side of the road, state law says you must slow down to a safe speed or move over. That law also applies to tow truck drivers.

Tow truck drivers are speaking out about the law and why they’re seriously concerned for their safety.

"The motoring public is so distracted with a multitude of things," Bruce Eagle, owner of Eagle Towing, said.  "They're texting, they're calling, they're Facetiming while they're driving."

"In this country today, we are having one tow operator killed every six days," he said. "The job today is more dangerous than it's ever been."

Wednesday, Eagle was helping one of his employees with a disabled RV on the shoulder of Route 288. Traffic was not moving over or slowing down, so Eagle began using a flag to move them over.

He says it worked until he stopped.

So, he put cones out to block the right travel lane, giving them more room to safely hook up the RV.

That lasted until one driver didn't see the cones and ran through them.

While setting up cones didn't meet state requirements, Tricia Palmer, owner of B&T Towing says she understands the reasoning behind it and agrees with Eagle.

Palmer and Eagle say they're not alone in wanting to see more enforcement of the current Move Over Law.

Eagle wants the General Assembly to take a tougher stance.

"We need a law in Virginia that mandates that people passing emergency equipment on the side of the road be 25 miles per hour or move over a lane," he added.

Eagle says he would also like to see it made easier to use cones to give crews a safer workspace.