RICHMOND, Va. -- Police are asking for help identifying the man -- caught on camera -- stealing a package off the porch of a Richmond home. In fact, Richmond Police believe the man is connected to several package thefts in the Fan and Museum District neighborhoods.

The incident captured on video occurred at approximately 11:09 a.m. on Friday, January 11.

Video showed the man walking up to a home along the 3100 block of Parkwood Avenue and steal two packages from the front porch. He was seen wearing blue gloves, a black jacket, black hat, and glasses. 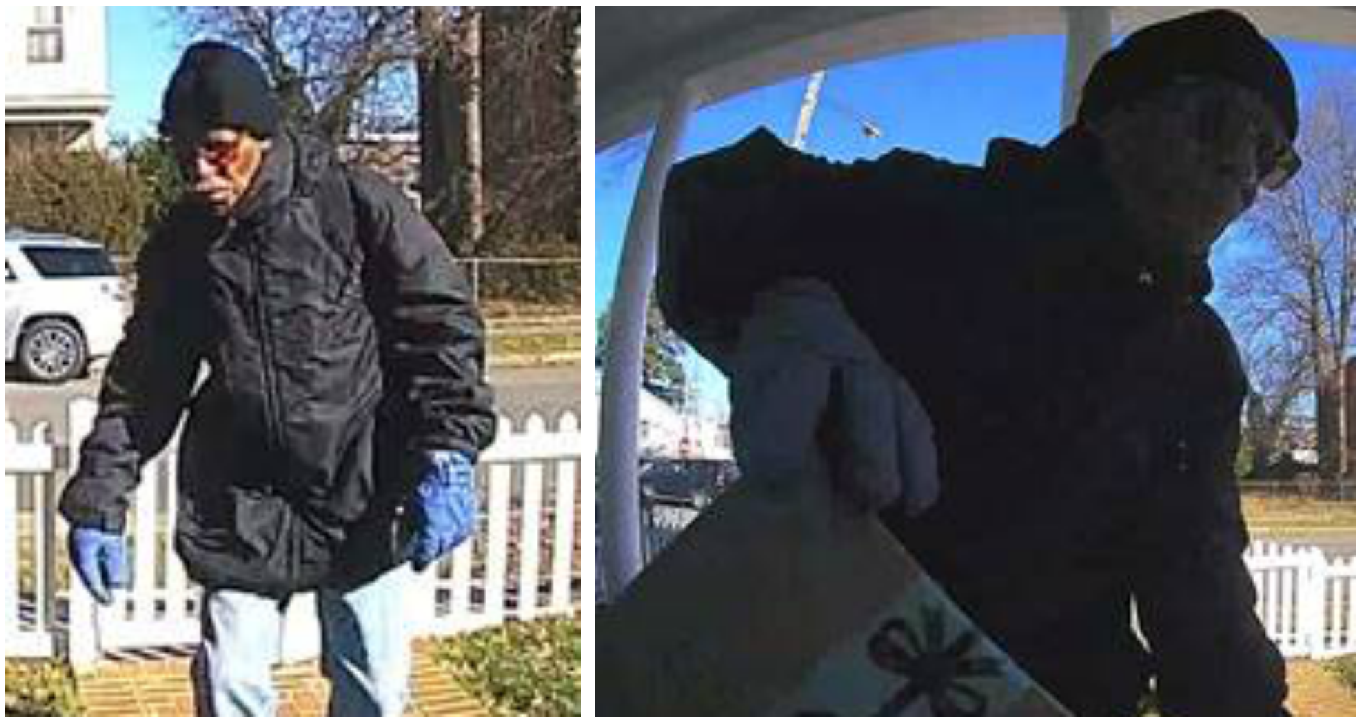 Detectives said a spree of package thefts began just before the holidays in the Fan and Museum District neighborhoods.

Anyone with information on the identity or whereabouts of this suspect is asked to call Third Precinct Detective E. Sandlin at (804) 646-1010 or contact Crime Stoppers at 780-1000 or http://www.7801000.com. The P3 Tips Crime Stoppers app for smartphones may also be used. All Crime Stoppers methods are anonymous.