CHESTERFIELD COUNTY, Va. – Chesterfield Police have released surveillance photos of a man wanted in a shooting outside a Chester restaurant last month.

The shooting occurred during the early morning hours of Dec. 12, 2018.

Police said they responded to a local hospital to investigate a shooting.

An investigation indicated that a male victim was shot during a dispute outside "I Don't Know Sports Grille" in the 1900 block of West Hundred Road at about 2:30 a.m.

The suspect also stole a handgun from the victim, according to police. 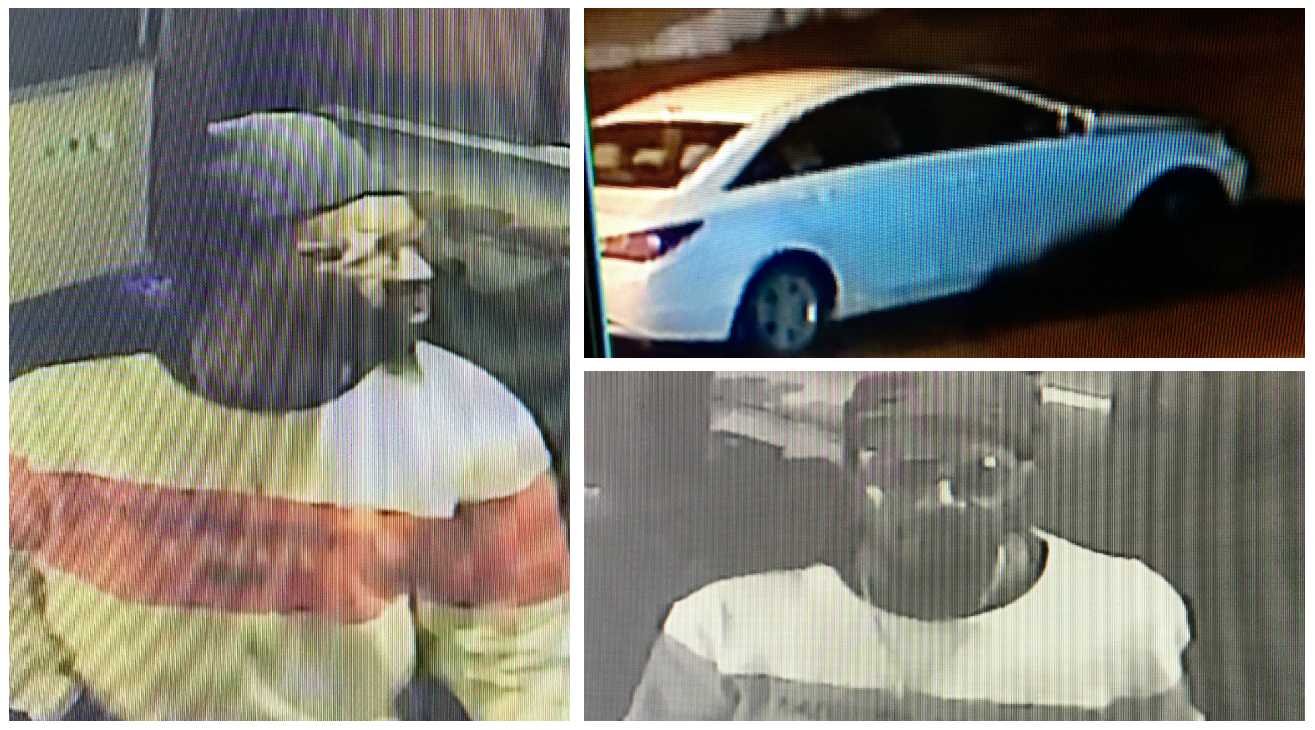 The victim suffered non-life-threatening injuries and has since been released from the hospital.

The suspect was last seen driving off in a white, four-door sedan.

Police are asking for the public’s help to identify the suspect seen in surveillance photos.

The suspect is described as a black male, approximately 25-27 years old and about 5 feet 10 inches tall. He had a full beard and brown eyes. He was wearing glasses, a black beanie and a red-and-white sweater.

Anyone with information about the suspect is urged to contact the Chesterfield County Police Department at 804-748-1251 or Crime Solvers at 804-748-0660 or through the P3 app.